Saturday was the last day of Tons of Rock, and the fans got a full package, like the other days. More heavy and prog.rock than the day before, but with trash metal from Kreator, a grand show by In Flames with fantastic pyro. Seigmen is on par with DumDum Boys for the title “Best Norwegian Live Band”, and Artch did a convincing concert with their original setup. Sólstafir showed us that they can do more than mystic and mythical soundscapes in Iceland, and Triosphere opened the show with the only female musician on the main stages at the whole festival. (Photo above: Addi Tryggvason from Sólstafir) 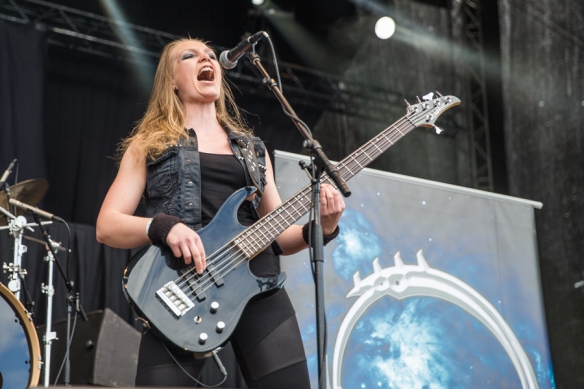 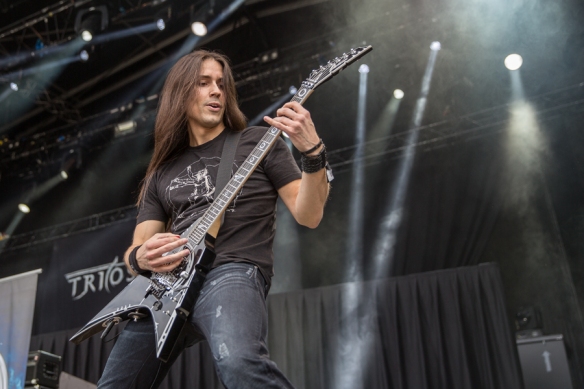 The first band out on Fort West Saturday was Triosphere. They come from Trondheim and have played together since 2004. Singer and bassist Ida Haukland started the band with guitarist Marius Silver Bergesen, and Ørjan Aare Jørgensen on drums, and two years after Tor Ole Byberg joined them on guitar. The band is a power metal band, presenting a good live show with Ida Haukland as the main character. I haven’t seen them before, but they released their third album last year, and I will definitely check it out. 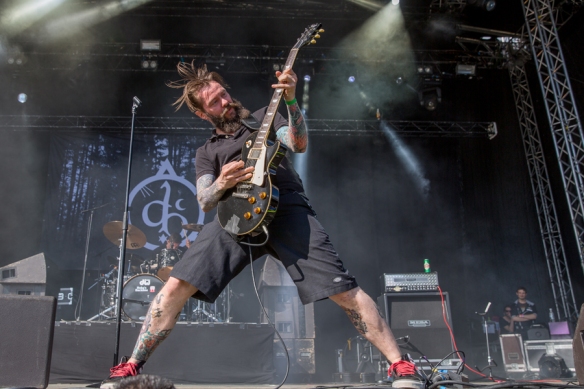 Next out on Fort East was Dunderbeist. They started out as a kind of troll metal band with make up and two singers, but have matured into a heavily bearded band with their own distinctive sound. The band is a heavy metal band with some influences from stoner rock and hardcore, and they do a good live show. 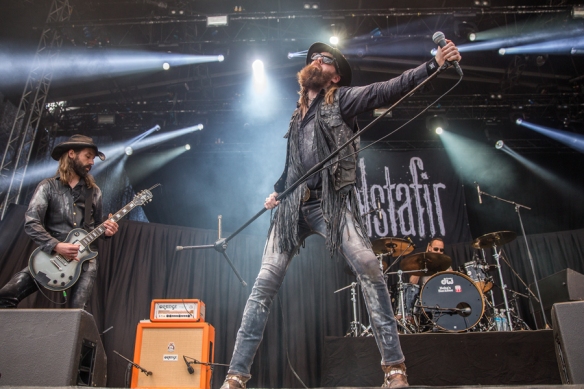 After Dunderbeist, Icelandic Sólstafir played Fort West. The band have had some troubles lately, where they got a new drummer, while the former drummer claims he was never told. That be as it may, the band looks like a hipster metal band, and they became my favorite from the bands I haven’t seen before. Singer and guitarist Addi Tryggvason is a remarkable front person, performing almost in slow motion. The band have played together for 20 years and have released five albums so far. 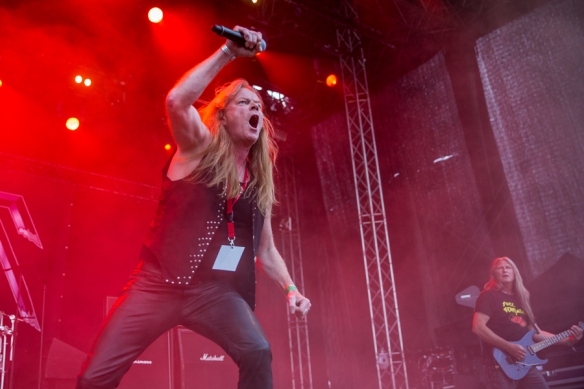 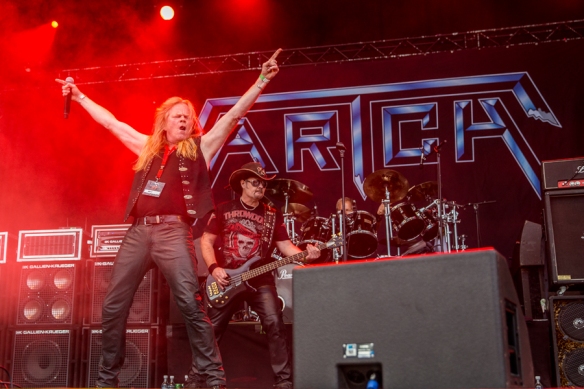 Thirty two years ago Artch was formed in Sarpsborg, Norway guitarist Cato André Olsen and bass player Bernt Jansen. Three years later Eirikur Hauksson joined them on vocal. The band kept on for some years, but became inactive in the 90’s before they came back forma few years in 2000. Then they reformed five years ago and has played together since then. In their first period as a band they got great international reviews, but never sold much. On stage at Tons of Rock they presented a very convincing show, with Eirikur showing what an excellent singer he is. A great heavy metal show. 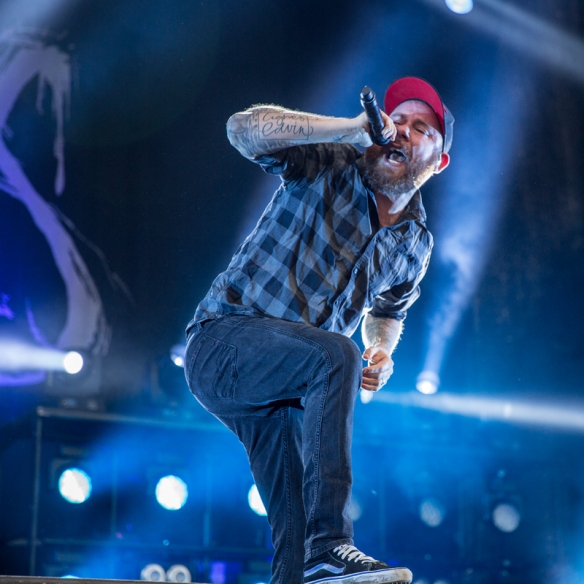 After Artch, In Flames entered the Fort West stage. They are among the main attractions at the festival, and is the most commercially succesful heavy metal band from Sweden, having sold so far more than two million albums. I saw In Flames at Oslo Spektrum last November, and the concert at Tons of Rock confirmed that they have a big fan base in Norway. They also presented a spectacular show with some pyro at the start and a heavy, new year’s eve pyro show at the end of the show.

Their performance reminded me a bit of Volbeat’s show last year where the musicians are constantly playing to the audience, making faces, and being a lot more extrovert than most heavy metal bands. Personally I like shows like this, but I noticed that they kind of split the audience in two – the majority who liked them, and  a lot of people who couldn’t stand them. Their playing is Impeccable, and the sound was maybe the best I heard through the festival. 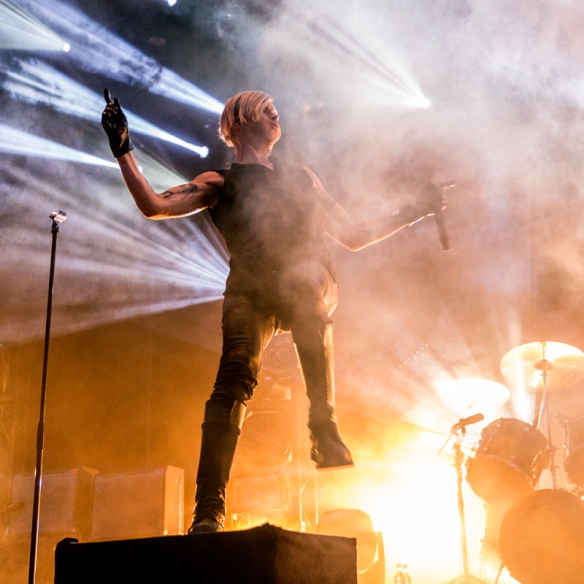 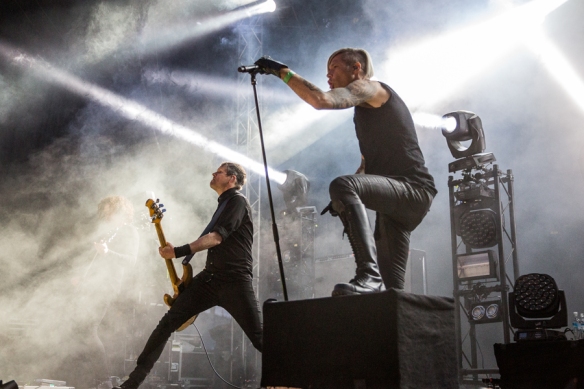 The headliner at the Fort East were Seigmen from Norway. They were one of our best bands in the 90’s, but quit in 1999 after ten successful years. Late 2005 they did a reunion concert, then some festival gigs the year after. Since then they have had new reunions a few times until 2015 when they have made a new album and will headline several festivals.

I saw the band’s reunion concert in 2005, and also their show at the Steinkjer festival the year after. The next time was at Sentrum Scene in 2012. I liked all these concerts, but last night they really outdid themselves. There was an energy that was felt among the audience, and their stage show was more spectacular than what I have seen before. I really hope they continue playing shows, the fan really deserve it.

The last band out on Fort West at this year’s Tons of Rock was Kreator from Germany. They are one of the four big German trash metal bands, and the one with commercial success in the USA. They were formed in 1982 and singer and guitarist Miland Mille Petrozza is a founding member together with drummer Jürgen “Ventor” Reil. Their show was visually spectacular with video on big screens as backdrops, but I was never really taken by them. A good band and in style, but not my first choice. 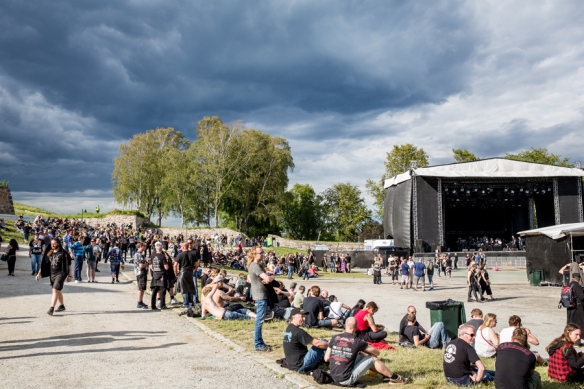 The second edition of Tons of Rock is over, and it has been a successful one. The weather was horrible the first day, but the rest of the festival had good weather. The fans behaved well, and the police had no complaints. This proves again that the metal audience might look fierce, but they are a well behaved bunch of people who love having a good time listening to their favorite music. Hopefully the festival is commercially successful too, and I am already looking forward to next year’s Tons of Rock.

1 thought on “Tons of Rock 2015 – Saturday With In Flames, Kreator, Seigmen, Sólstáfir and Artch”