October means feria and a big 5 days party in Nerja in Andalucia, Spain. Lots of people in the streets, a big and noisy tivoli and different stages with all kinds of music. In the main tent at the Plaza de España, there is a concert with a big name at midnight every night for five days. Last night was DJ night with Juan Magán as the star. 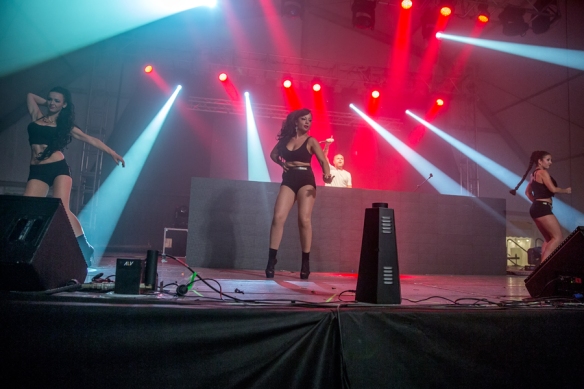 Juan Magán is a well known DJ in Spain. He has had several #1 songs, and has cooperated with several artists, like Enrique Iglesias, Juane, Rodriguez, Pitbull, Nelly Furtado and several others. At the start of the century, Juan Magán worked as a DJ and producer with several Spanish artists. In 2002 he teamed up with Marco Rodriguez, forming the duo Magan & Rodriguez. They have had hits with Suck My Suave and Bora Bora.

Together with Rodriguez, Juan Magán has been credited as one of the creators of the Electro Latin Dance music, mixing latin rhythms, instruments and phrases with typical dance music. After he and Ridriguez split up, Juan Magán has established himself as a solo artist, still cooperating with several other artists. In 2012 Juan Magán released his solo album, The King of Dance, with contributions from Pitbull on the song Ballando por el Mundo (Dancing For The World).

At the concert in Nerja another DJ, who’s name I didn’t get warmed up before Juan Magán entered the stage. The show started with four dancers on stage and Magán behind his desc, which was illuminated in a spectacular way through the show. The audience was young, and obviously big fans, all of them. I generally don’t like DJ music as live music, because of the lack of instruments being played on stage. But Juan Magán’s Electro Latin Dance music is quite catching, and it was difficult to stand still during his concert. 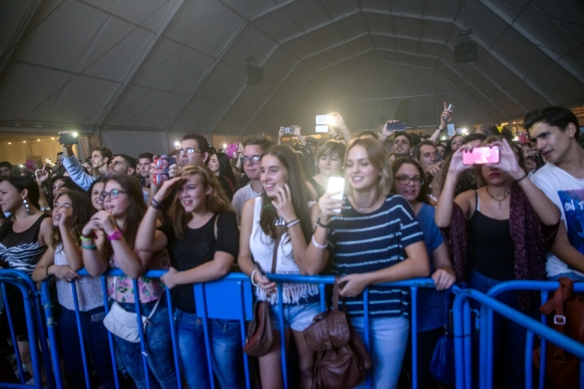 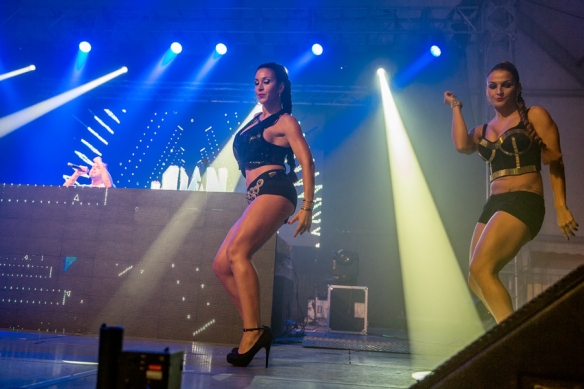 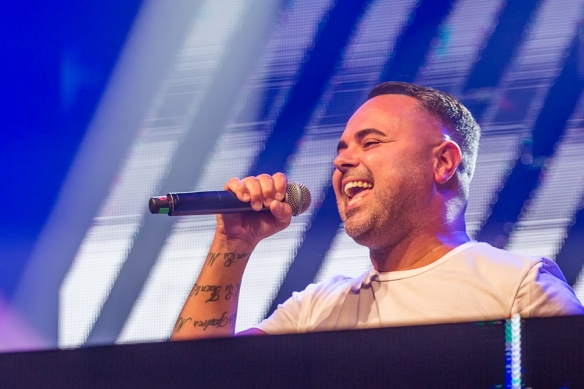