When Ane Brun entered the stage at Romsdalsmuseet on Thursday – an outdoor museum of old Norwegian houses – she was at home in more than one sense. She was born her in Molde and grew up here before she moved to Stockholm in 2001. 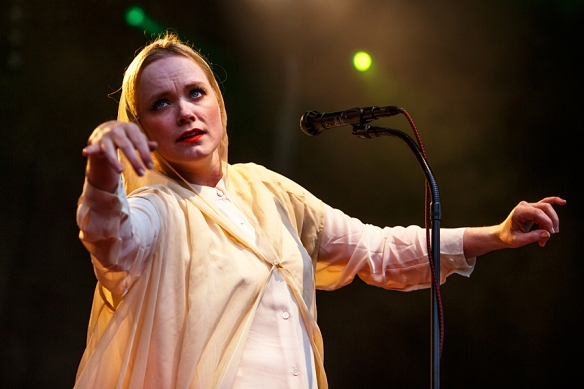 Ane Brun is one of Norway’s best singer songwriters. Her first CD came out in 2003, and she has so far released seven CDs, one DVD and one EP. Many of these have sold platinum and gold, and she has won three Norwegian Grammies and ben nominated to several awards in Europe.

Last year she sung a duet with Peter Gabriel on Don’t Give Up on his New Blood CD, and also did the duet and played support on his tour. You can see the concert here (available until November 30th 2013). 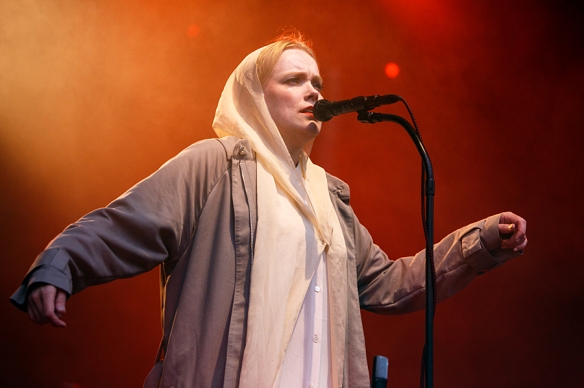 During the years she has changed her musical style, and also her performance. These days she performs with a mystic grace that fits her music perfectly. That makes her concerts both an audible and visual experience. 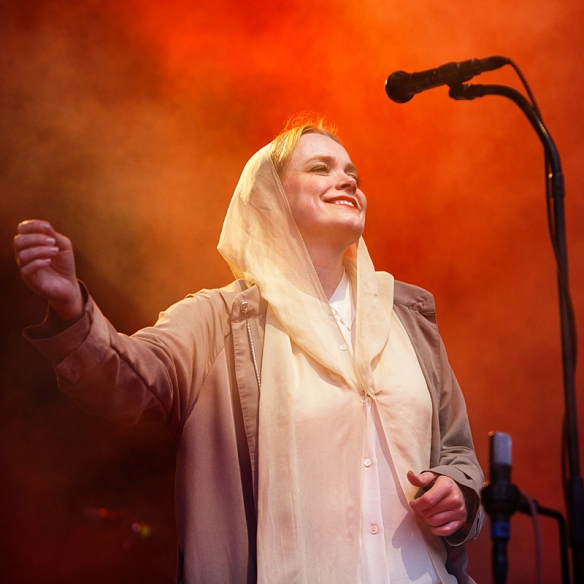 All the pictures are © Per Ole Hagen, and may not be used without  written authorization. You can see some more pictures of Ane Brun from Romsdasmuseet at my picture site, Artist Pictures.