This year’s Blues In Hell is over, and it has been a great two days with good artists, good blues and friendly people from all over Norway. The festival is held some 20 miles east of Trondheim at a place called Hell, which means a shallow cave in old Norwegian. The headliners at the festival were The Original Blues Brothers, Johnny Hoy, Tommy Castro, Vidar Busk, Roy Rogers and Rory Block. (Above: Johnny Hoy and The Bluefish)

Blues In Hell has been held since 2008. Before that, the Hell Music Fest was held for some years, and before that it was Hell Blues Festival from the mid 90’s. What makes Blues In Hell so special, is the venue. It is held at the Hell station where the local train to Trondheim stops. For the festival they have put up two tents, one regular tent for the acoustic stage, and one Belgian Magic Mirros tent for the main stage. This year they had increased the size of the mirror tent, and that was a smart move when The Original Blues Brothers Band was one of the headliners.

But what about the music? Friday headliners at the Magic Mirror tent were Johnny Hoy and Vidar Busk, plus Eddy “Chief” Clearwater. Little Willie Littlefield was first out, and Swedish Micke Mojo and The Bedroom Bazookas closed the night. At the acoustic stage Alvin Youngblood, Michael Roach, Hans Theessink, Davina And The Vagabonds and Dr. Bekken played. 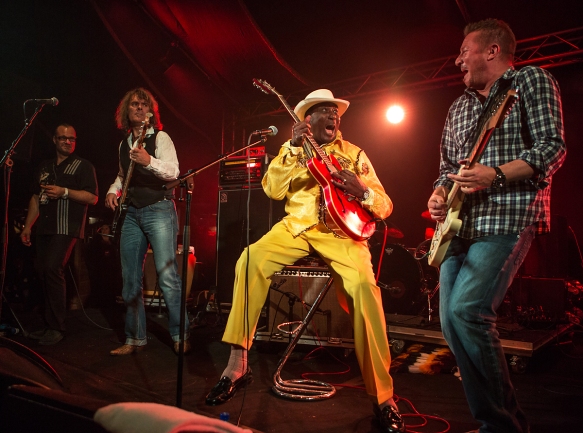 My Friday highlights were many, but Johnny Hoy was the winner for me. I haven’t seen him live before, and his voice and his excellent no bullshit band did a great job. I’m also fascinated by his stage show, and his fantastic voice. Of the other concerts I liked on Friday, Vidar Busk and Eddy “Chief” Clearwater and high on the list.

Vidar Busk And His True Believers

Saturday had The Original Blues Brothers Band as the main headliner, and the venue and the Magic Mirror was packed when they started out. only two of the original band was present, but when those two are Steve Cropper and Lou Marini, that is good enough for me. I can listen to Cropper’s playing any time, and with great pleasure. Most of the audience came for the Blues Brothers Band, but to me, Roy Rogers who played afterwards was the main attraction. 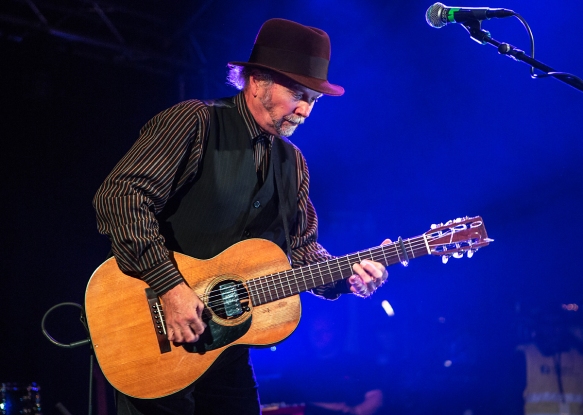 Roy Rogers is a magician on his acoustic slide guitar, and with his trio with substitute drummer Knut Hem, and for half the concert also Reidar Larsen on piano, they sounded fresh and very much on the mark. There are some years since I saw Roy Rogers, and I feel he is getting better and better.

The other highlight on Saturday was Rory Block who played the acoustic stage. I saw her too some years ago, and as I was that time, I was truly impressed by her guitar playing, singing, and also her introductions to the blues history and the main players between the songs. The only problem was that she played at the same time as the Blues Brothers Band, so too few people got to see her. Hopefully she’ll be back next year. 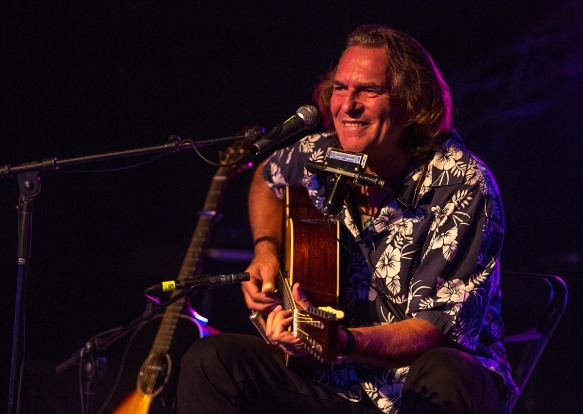 The Blues In Hell festival is one of my favourite festivals in Norway. It is intimate the music is excellent, and the atmosphere with the Magic Mirror and the venue makes it special. The weather forcast was bad for the weekend, but it got much better than we could fear. I still have to say that the local people disappoint me. On Friday they were missed, while they came for the Blures Brothers Band on Saturday. 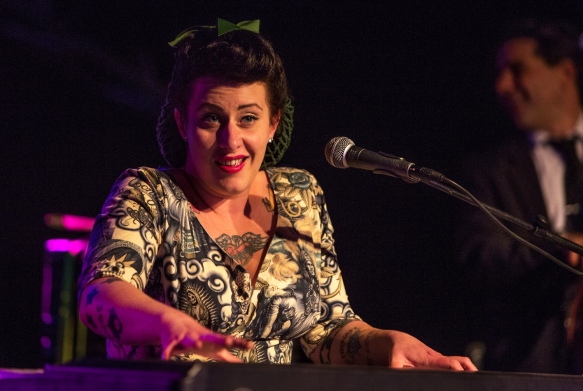 Davina And The Vagabonds

A festival like Blues In Hell operates on small margins, and then the local audience becomes important to balance the budget. Hopefully the festival makes money this year so we will have a new one next year, and I also hope the locals know what’s good for them and come out from the living rooms the first weeknd of September next year.

Micke Mojo And The Bedtime Bazookas 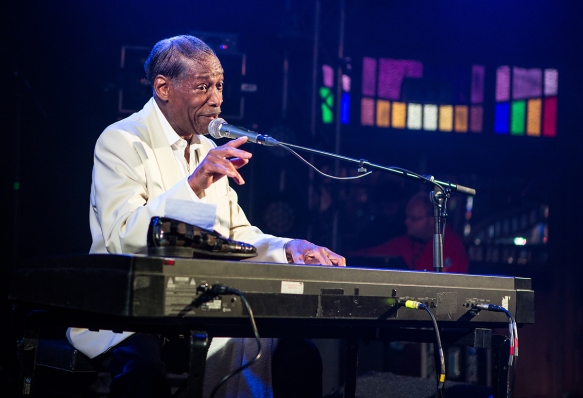 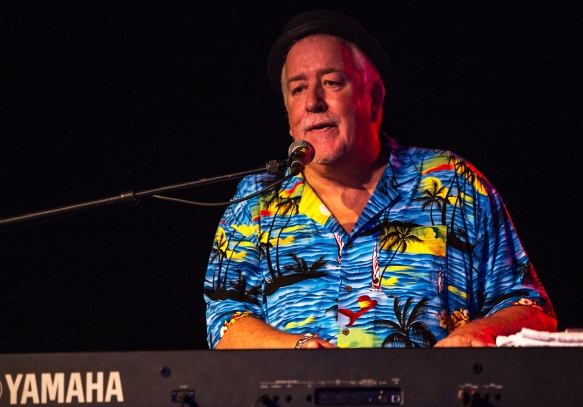 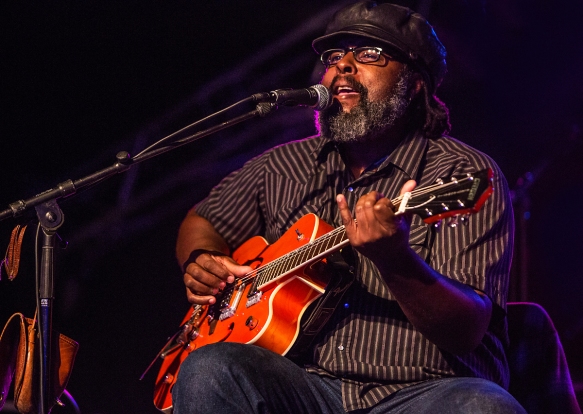 All pictures are © Per Ole Hagen and may not be used without written permission.

3 thoughts on “Another successful Blues weekend in Hell”