You have to be short-sighted and with bad hearing to say that Norway have a broad bluegrass tradition. There are a few bluegrass bands and there is actually one bluegrass festival in Norway. But one band have made waves, and that is Lucky Lips. Last night they played at the Continental Club in Austin with their good friends the Carper Family and Brennan Leigh. 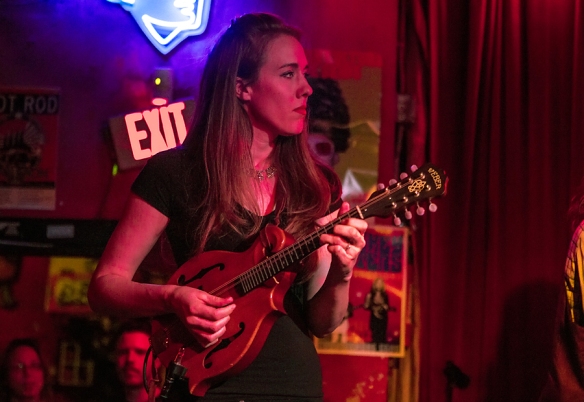 To play the Continental Club can be a daunting experience for a bluegrass band from Norway, but Lucky Lips seemed like they had never done anything else when they entered the stage at the legendary club. They have been in the USA a couple of weeks, first in Austin, then to Lafayette and St. Louis, and then back. 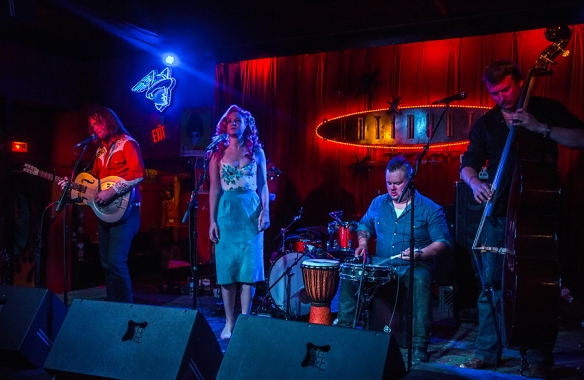 Monday and Tuesday this week they recorded some songs at Hacienda Brother Dave Gonzales home studio in New Barunfels that hopefully will be released as an EP or on a full-length CD in the near future. So far their tour has been successful, and at the Continental Club they showed us that you don’t have to come from Carolina to play bluegrass.

Lucky Lips released their first CD, Mountain Dust last spring. (Check here for a story about the release.) They competed in the Norwegian finales for the European Song Contest this winter. They didn’t win, but they got the chance to show one million Norwegian TV viewers that they know their roots. I saw them the last time live at their CD release last year, and even if they were good that time, they have come a long way since then.

The songwriting of singer Malin Pettersen and Stian Jorgen Sven is very good, and the musicianship of the band is excellent. Malin is also a great singer and an uninhibited performer, and this makes for a mix of good songs, good playing and an entertaining performance. They expand the definition of bluegrass in their songs and performance, towards some pop and country, much in the same way the Dixie Chicks and Alison Krauss and Union Station has done.

This was noticeable when the next band, The Carper Family, came on stage after Lucky Lips. The Carpers have a much more traditional approach to bluegrass. They have been around for many years, and their playing is well tuned to each other, with some really good harmony singing. The Andrew Sisters meet country music. But even if their performance is excellent, they lack some of the spontaneity of Lucky Lips. 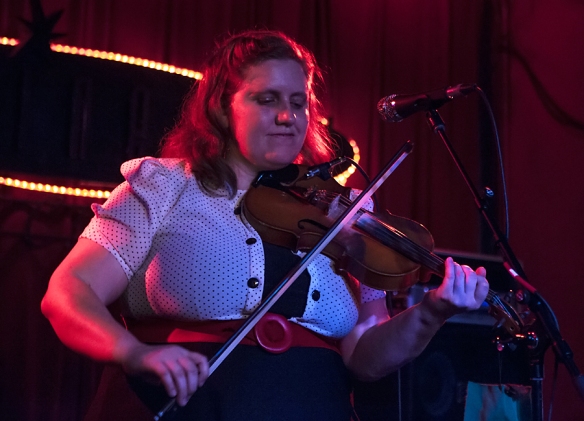 The Carper Family’s songs are very good, the performance is great, and they keep up the tradition of bluegrass, without “rocking the boat” by toeing outside the line of what traditional bluegrass should sound like. It might be the way their singing, but that is really inside the tradition. Maybe the Andrew Sisters were secretly bluegrass artists?

At the end of the Carper Family set, Brenden Leigh joined them on mandolin which was a nice addition to the violin, guitar and double bass sound. Brennen is an excellent instrumentalist, both on mandolin and guitar, and she had the last spot this night after the Carper Family with her own band.

As a solo artist, Brennen Leigh have bluegrass in common with the other two acts, plus they are all technically good and write good songs. Brennen is much more a straight country/singer-songwriter artist. She has her roots in bluegrass, but has departed to a fresh and contemporary version of country music that includes many traditional elements, including bluegrass.

I didn’t see the whole set, but what I heard was good. I have seen Brennen a couple of times before, but that is some years ago. She has developed into a mature artist with a distinct and personal style. Brennen Leigh released three CDs including The Box in 2010, and a duet CD with Jesse Dayton, Holdin’ Our Own And Other Country Gold Duets from 2007. 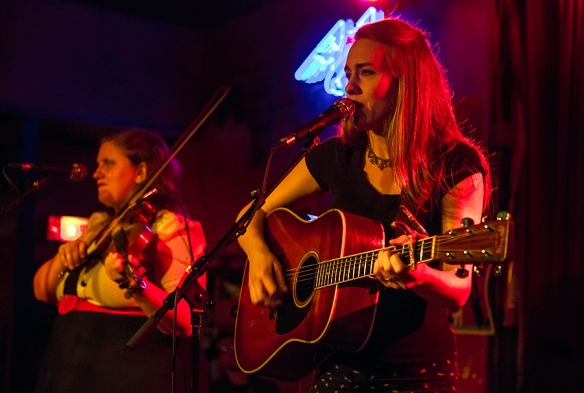 1 thought on “Lucky Lips at the Continental Club in Austin”