Friday at Oya was sunshine again. Most of the mud had dried, and it was good to come down before the music started. This was the day of Kraftwerk, and many had come to see them. But before they entered the stage and the fans put on their 3D glasses, there were lots of other great acts to see.

My first act was Alfred Hall, a Norwegian band who plays friendly pop music in a crossover between organic and electronic instrumentation. They come from the town of Drammen, west of Oslo, and have had a couple of radio hits already. Their concert at Oya was well played, with an audience who knew their songs. When I hear them I get associations to a-ha and Pet Shop Boys, and to me that is a good sign. 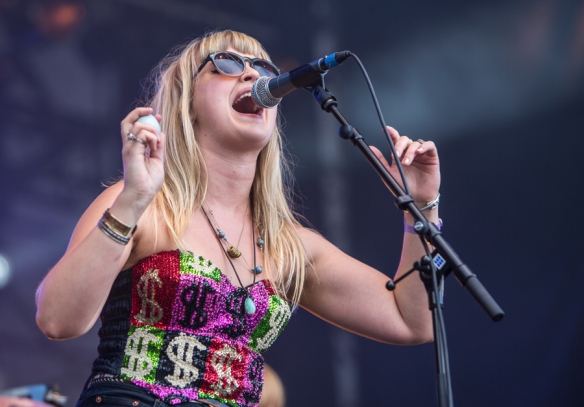 After Alfred Hall I checked out Thea & The WIld. Thea was the lead singer in the all girl band Norma Sass, and she chose to go solo a year ago. Her music is quite different from Alfred Hall, typical indie-rock, with echoes from the new wave bands in the beginning/mid 80’s. I like Thea, and she makes a good figure live, too. 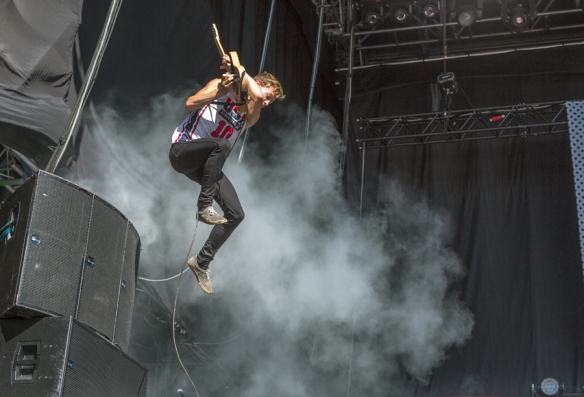 After Thea I saw Honningbarna. That is a fun band to watch. Their Oya performance was my third concert with them this year, having seen them at by:Larm in February and at the Steinkjer Festival in late June. Thety are a well-dressed punk band with a front guy who sings and plays cello. I actually works very well, and they are one of my favorite live Norwegian bands. This concert was no exception, specially when the singer, Edvard Valberg, jumped out in the audience and created a mosh pit. 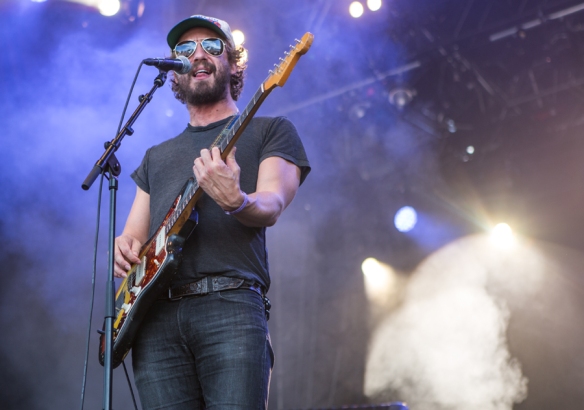 Phosphorescent is a new band to me, but definitely something I like. Their music – or rather his, since the name is the alias for singer-songwriter Matthew Houck –  is pure and beatiful Americana with melodious songs played straight-forward by a four-piece band. Visually not the most exciting band at Oya, but definitely one of the most pleasant sounds. 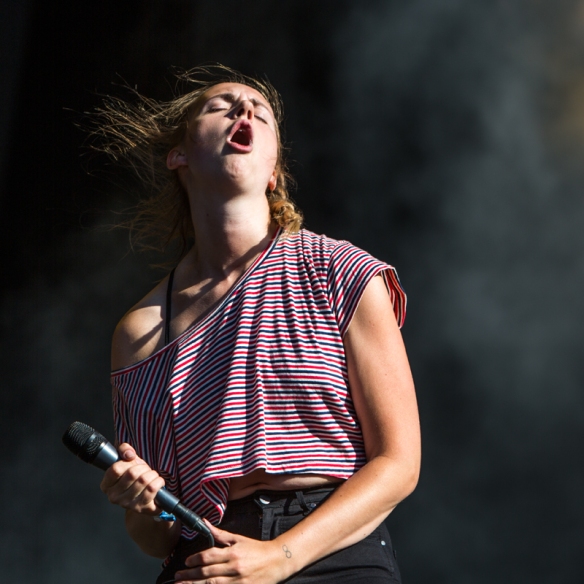 Danish MØ are Karen Marie Ørsted, a singer-songwriter from Copenhagen who turned 25 just after the festival. Her career has blossomed in 2013, with recognition as a rising star in Danish radio station DR P3, plus a filled to capacity show at the Danish showcase festival Spot in May this year. Her style is electro pop, and the concert at Oya is the second Norwegian festival spot this summer after the Slottsfjell festival in mid July.

The contrast from MØ to Goat is big. While Mø’s stage show is based on her songs and some moves, Goat are all in Arabic inspired costumes on stage, with two dancers/singers in front. None of them show their true faces, and their music is a weird mix of quite heavy rock, with some retro disco, plus African and Arabic influences.  Personally I will say that they are best enjoyed live than on CD.

James Blake is the incarnation of introvert music. Many make music that isn’t meant for the dance floor, but few make it as well as James Blake. I  saw him at Stubb’s during SXSW in Austin in 2011, and this year’s concert at Oya was a more mature and self-assured version of Blake than two years ago. 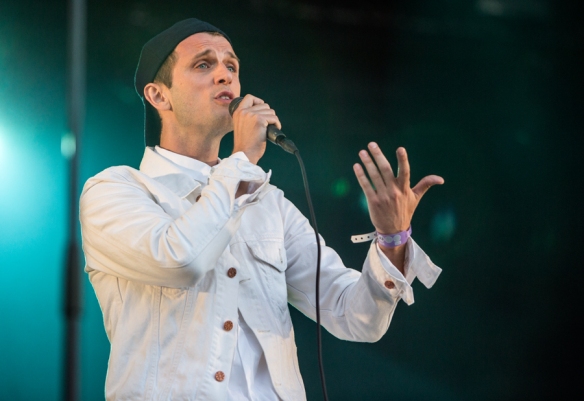 Nils Bech is a Norwegian artist who makes lovely music and combines it with theatrics in his live show. The music is a mix of many styles, electro pop, house, some cabaret, contemporary classic in a highly personal mix. I am not sure what I think of this concept, but it seemed like he had many dedicated fans, and most of the music sounds really good. 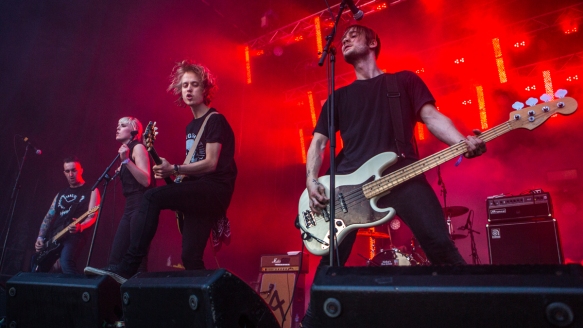 After Nils Bech I ran over to the Vika stage, in the far side of the festival arena to see Blood Command. They are a metal band from Bergen, and I have seen them several times before. I didn’t see the whole set, because I had to run back the main stage to see Kraftwerk, but I did see their whole set at the Working Class Hero festival in June. I like the band, and I think they have found a format that works well, also live. Their singer Silje Tombre, is one of the more interesting newer front figures in Norwegian rock.

Kraftwerk was the headliner at the Enga stage this night. I saw some of their show, with my 3D glasses, and it was visually quite spectacular. On the other hand, I never got any good feelings for Kraftwerk’s music when it came in the late 70’s. I am probably too fond of organic music with real drums, bass and guitar to really like their computer generated music. There were restrictions on photo during the concert, so no pictures of the “band”, but one cell phone photo of the audience with glasses (above).

Beach House was my last band on Friday night. Also a new band to me, but definitely worth listening to. The songs have a hypnotic feel to them, the sound is defined by spacy synths and Victoria Legrand’s spheric. but also clear cut voice on top of a distinct rhythm and Alex Scally’s guitar. As an alternative to Kraftwerk, it was too synthetic, but their melodies are definitely less robotic and more human than the German’s.

The singer of Honningbarna jumped down to the audience

All pictures are © Per Ole hagen and must not be used without written permission.