Bob Geldof started his career in the Boomtown Rats, who had one really big hit in 1979, “I Don’t Like Mondays”, about a sixteen years old who killed two and maimed eight. When asked why, she answered “Because I don’t like Mondays”. After Boomtown Rats, Bob Geldof starred in the Wall in 1982. The rest is history, as they say. Today he is 62 years old.

Today most people know Bob Geldof as the co-composer of Do They Know It’s Christmas? with MIdge Ure from U2, plus they organized of Live Aid, the concert to get money for the hunger-stricken in Etiopia in 1985. In 2005 Ure and Geldof organized another live concert, Live 8. 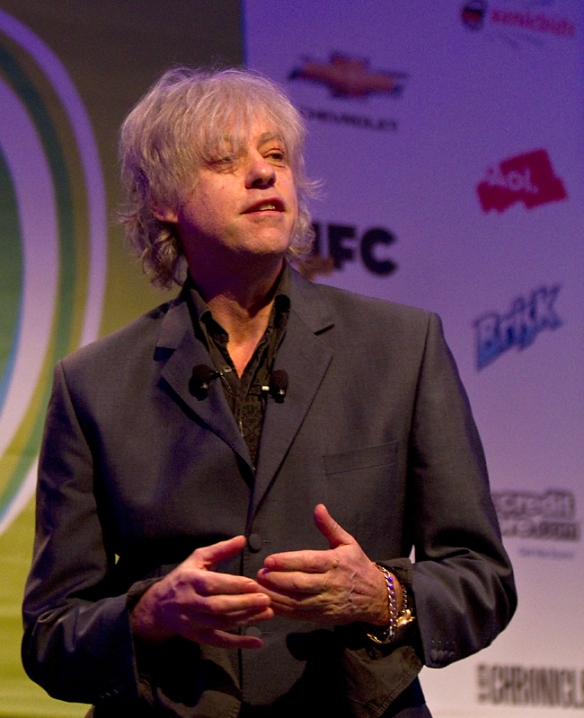 Besides his career as an artist, Bob Geldof spends his time working politically to fight against poverty and injustice, among other things as a spokesperson for the One Campaign, an advocacy and campaigning organization founded by Bono.

In 2006 Bob Geldof played the Hell Music Fest outside f Trondheim in Norway, and I saw him there. I like his music, and I also liked Boomtown Rats when they were active. The next time I saw Geldof, he held the keynote at the SXSW in 2011. I remember his keynote as the most thought provoking one I have heard. Here is a Google translation of a blog story I wrote in Norwegian from this keynote.