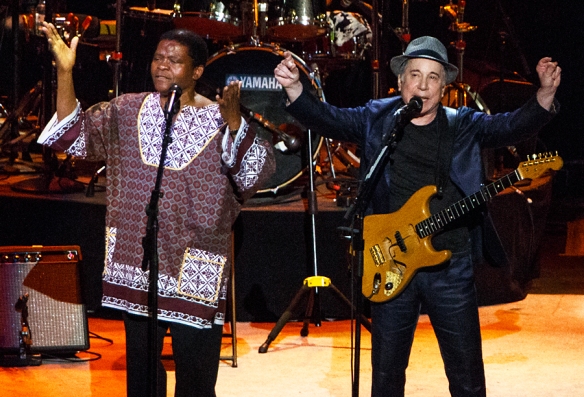 Paul Simon is one of rock history’s most important artists. Both as a solo artist from the 70s and on, but first of all from his collaborations with Art Garfunkel in the 60s. They created rock history with their songs, moving the pop music from the high school kids to the college. On October 13th Paul Simon is 72 years old. 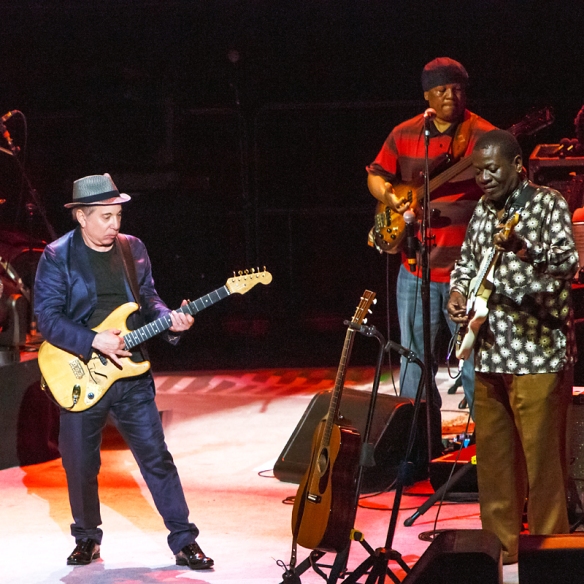 Paul Simon at the 25 year anniversary tour for Graceland

The songs of Simon and Garfunkel are ubiquitous and have passed the test of time. The Boxer, Scarborough Fair, Mrs Robinson, Homeward Bound, Bridge Over Troubled Water are all part of our common musical history. If he hadn’t written more than these songs, Paul Simon would still have a place in the history books. 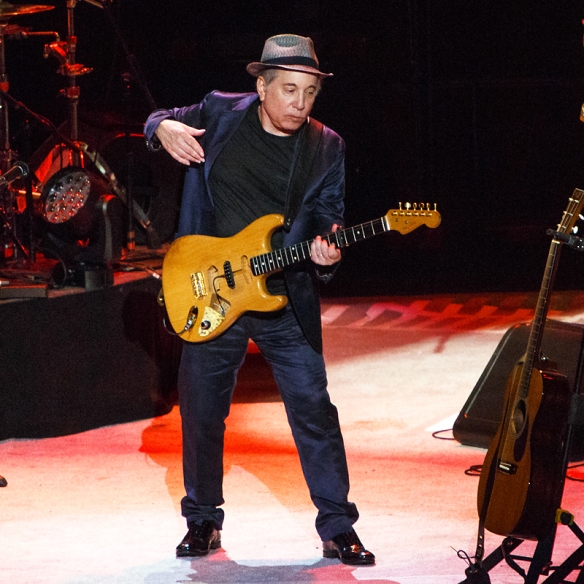 He didn’t stop when he and Art Garfunkel broke up after Bridge Over Troubled Water in 1970. Two years later came his first solo album, titled Paul Simon where he showed the direction his solo work would go. With There Goes Rhymin’ Simon he set the standard and few artists have managed to challenge the musical width and standard of these albums and the albums that were to come. 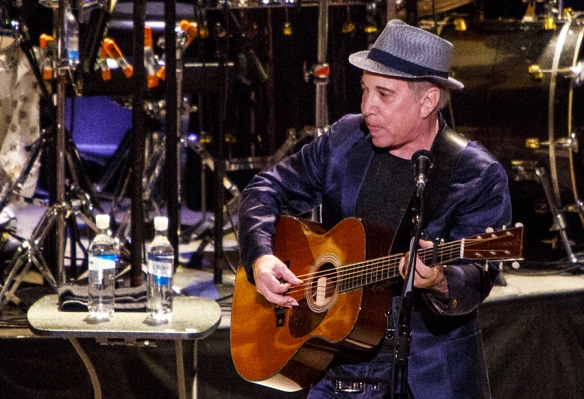 Personally I think American Tune is one of the best songs from this era. The lyrics describes USA in the post Vietnam and also post Watergate times, with a strong feeling of despondency and uncertainty about the future. A good example of Simon’s geniality is his choice of music, using the choral from Bach’s St Matthew Passion as the main theme. The choral depicts the people’s comments about the narrative, and at the end the people’s doubt that Jesus might have been the savior. AL the elements in the song makes this a perfect song to me. 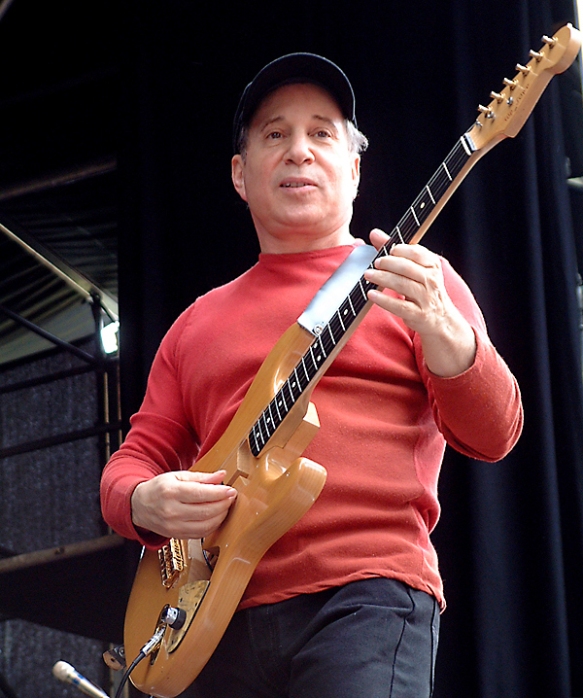 Paul Simon at the Molde International Jazz Festival in 2002

In 1986 Paul SImon made what many consider his best CD, and at the same time he was accused of breaking the cultural boycott against the South African apartheid regime. Several of the tracks on Graceland was recorded in Graceland, South Africa, with a mix of South African and American musicians. He also had The Everly Brothers, Los Lobos and Linda Ronstadt participating on the album. Eventually the music world was won over by the quality of the album, and it won a Grammy as album of the year, plus the title song won the record of the year category. 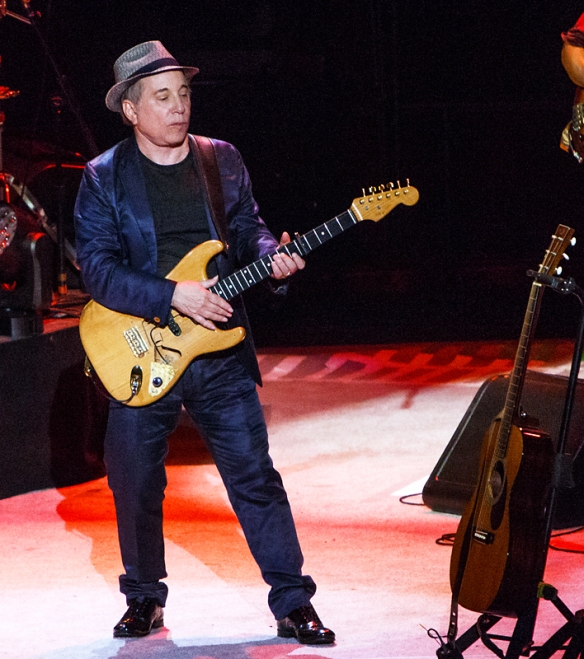 The songs are a mix of African inspired songs with political content, and also songs covering other topics. The most atypical song on the album is also one of my favorite Paul SImon songs. The video to the song is my definite favorite of his videos, too.

From his start as a solo artist in 1972, Paul SImon has used musicians and music influences from a variety of music styles. reggae, zydeco, gospel, latin, and then the african influences on Graceland. His contribution to popular music is unquestionable, and his catalogue is also one of the best. And the good thing is that he is still touring, 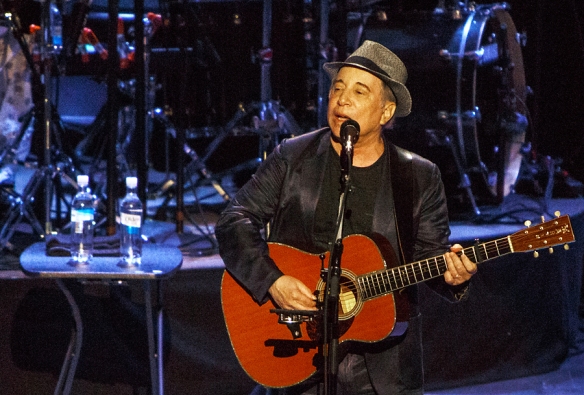 I have seen Paul Simon live twice. The first time was at the Molde International Jazz Festival in 2002, and the second time was ten years later, at Oslo Spektrum last summer. At both occasions his band was a mix of African and American musicians. 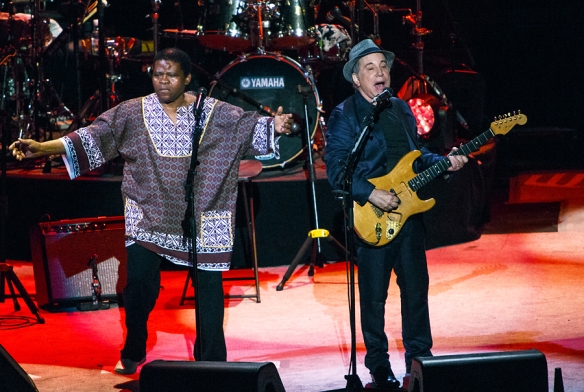 His last visit was a tour celebrating the 25 year anniversary of Graceland, with many of the original musicians. Here is my review of the concert (in Norwegian) at nrk.no/Lydverket. (use Google Translate or similar if you don’t understand Norwegian. 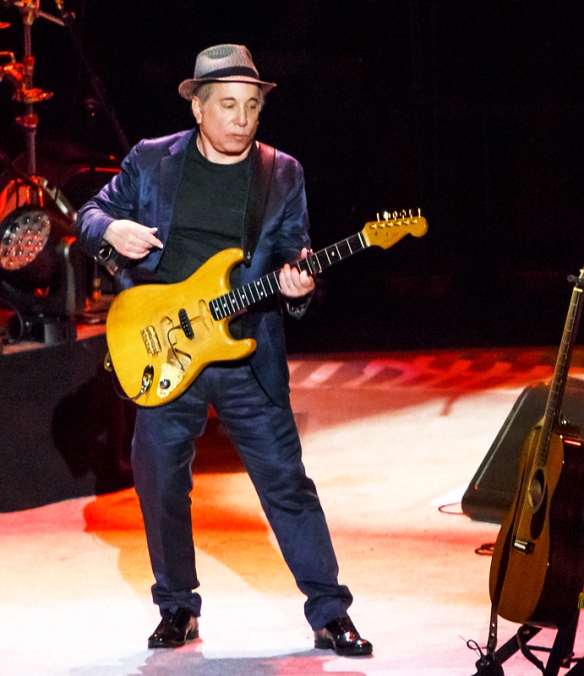