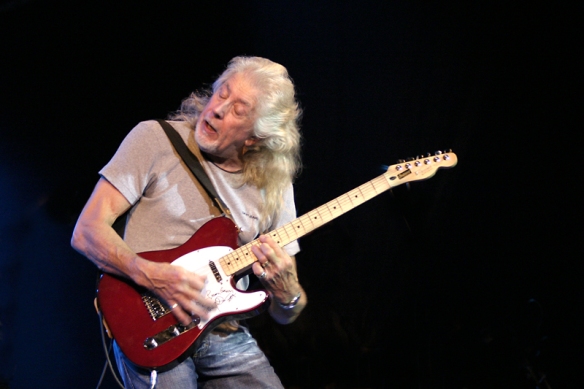 John Mayall is 80 years on November 29th. During 50 of these years he has been one of the driving forces in British Blues, and altogether he is one of the most important figures in modern blues. His main importance lies in the way he has found and developed new talents, mainly guitarists. (Picture above: John Mayall at Notodden in 2004).

John Mayall started his professional music career around 1963. He started his band the Buesbreakers, a name he has used for all his bands later on, except when he has performed solo with acompagnment. In the first version of the Bluesbreakers, John McVie played bass, and Roger Dean was his second guitarist. He was replaced by Eric Clapton, who had just quit from the Yardbirds in 1965.

The next change came when John McVie was replaced with Jack Bruce, while Peter Green replaced Eric Clapton. This lasted for some months until both Clapton and McVie came back, and this lineup, with Hughie Flint as the drummer, recorded the now legendary LP The Blues Breakers with Eric Clapton in 1966.

WIthout telling Mayall, Eric Clapton started Cream while still a member of the Bluesbreakers, and Mayall persuaded Peter Green to come back to the band. In 1967 they recorded the equally legendary LP A Hard Road, with songs like The Stumble, The Supernatural and Dust My Blues.

This version of the Bluesbreakers was short-lived, as Peter Green started his own band, Fleetwood Mac, the same year, with John McVie, Mick Fleetwood and guitarist Jeremy Spencer. John Mayall had to get a new guitarist, and his choice was 18 year old Mick Taylor. With Taylor John Mayall recorded three albums, Crusade, Bare Wires and Blues From Laurel Canyon – my personal favorite of Mayall’s 60’s albums. 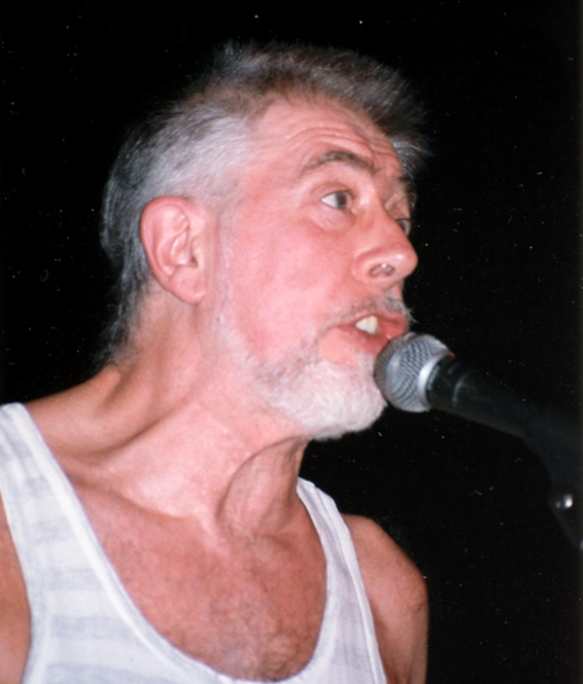 Mick Taylor was recruited to the Rolling Stones in 1969, and Mayall had to get a new guitarist again. He did an acoustic version of the band with Marc Almond on sax and flute and acoustic guitarist John Mark before Harvey Mendel joined him in 1970. By then John Mayall had moved to Laurel Canyon in Los Angeles, a place he lived until his house burned down in 1979. He still lives in the USA. 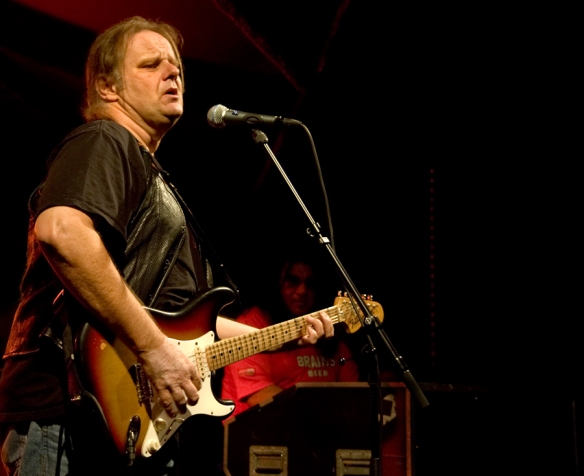 In the 70s John Mayall experimented with different kinds of musical style, also produing other artists, until he was reunited with Mick Taylor, John McVie and Colin Allen fo a two year world tour in 1982. This also meant a revival of the Bluesbreakers, and his next guitarists were first Walter Trout, then Coco Montoya. In the 90s he had Buddy Whittington as his guitarist. These days Rocky Athas is his guitarist.

John Mayall is still actively playing, and this year he played at the Notodden Blues festival, a festival he also played in 2004. When I started playing guitar at the end of the 60’s, John Mayall was one of my main inspirations, specially the Hard Road and Blues From Laurel Canyon albums. It is a fact that almost all of Fleetwood Mac, Cream and members of many other rock bands have played with John Mayall at some time – often early in  their career. 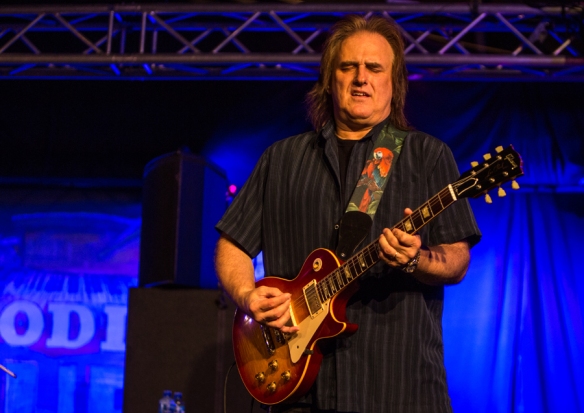 Compared to many other band leaders, John Mayall has let his musicians get the spotlight.   The first time I saw him live, was in 1997, at the Pumpehuset in Copenhagen. Then I saw him at Notodden in 2004, and at the same festival this year. Every time he has delivered and let his musicians show what they are worth. Hopefully we will see more of him in the next years.

1 thought on “John Mayall – The Grandfather Of British Blues”