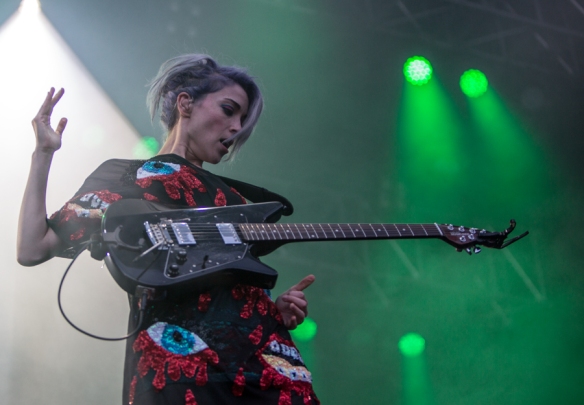 St. Vincent, or Annie Clark, as is her real name, is an American artist who is difficult to fit into any traditional musical genre. Her music has elements of everything, and she molds it together to form a genuine and personal mix. Last night she played the Pstereo festival in Trondheim for an audience who shared the critiques’ excitement for her. 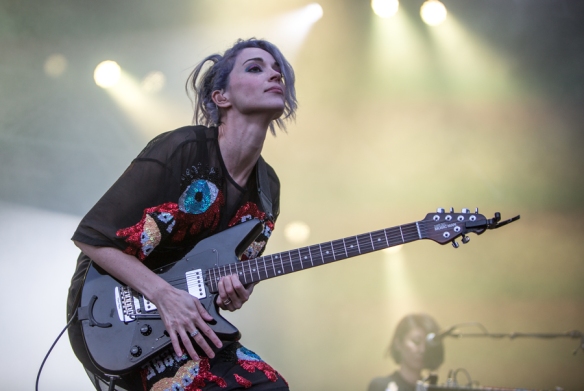 St. Vincent has played Norwegian festivals earlier. The first time I saw her, was at the Oya festival in 2012. This year London Grammar were supposed to play at the Pstereo festival, but when they cancelled, the festival got St. Vincent, and I am happy for this. I would imagine most of the audience were, too. 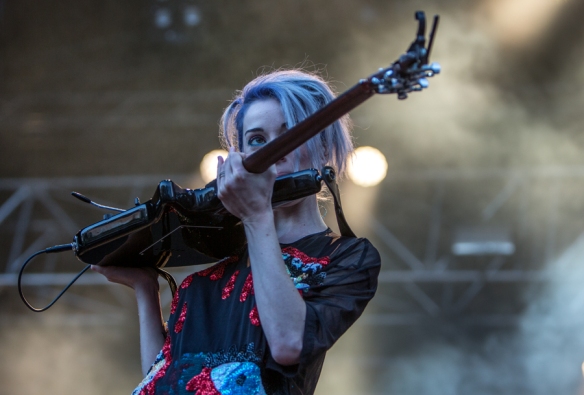 St. Vincent is a fascinating artist, dedicated both to the music and also to the visual side of the performance. She doesn’t do a lot, but what she does is highly effective, charming and sexy, and it underscores the music. On her latest album, St Vincent, she has delved more into electronics and a digital soundscape than before. Her robot-like movements on stage matches the music and makes it stronger. 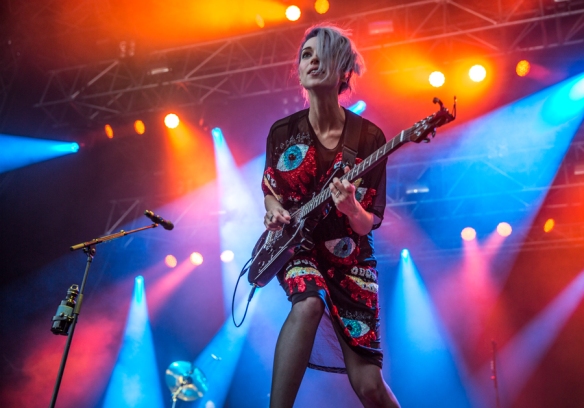 Besides writing songs that mixes many different genres, from baroque to art rock and indie rock, she is an excellent musician. On stage she plays guitar, and she played some hair-raising solos that add more life to her songs. She also plays many other instruments, but her guitar work is top. 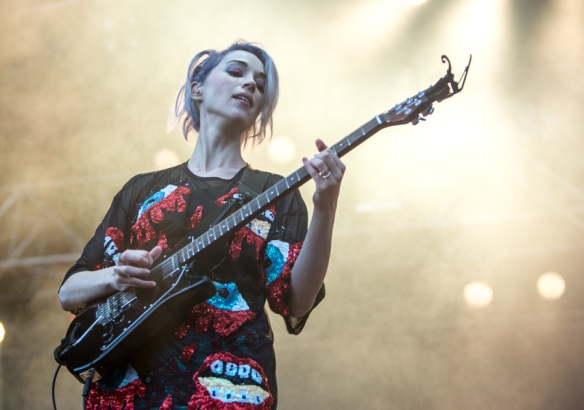 If you want to check out her music, do it chronologically, from her debut CD from 2007, Marry Me, through Actor and Strange Mercy to St. Vincent that was released this year, before her appearance at SXSW. Her musical background comes from playing the guitar since she was twelve, three years at the Berklee Colege of Music, through a spell in The Polyphonic Spree before she went solo in 2006. 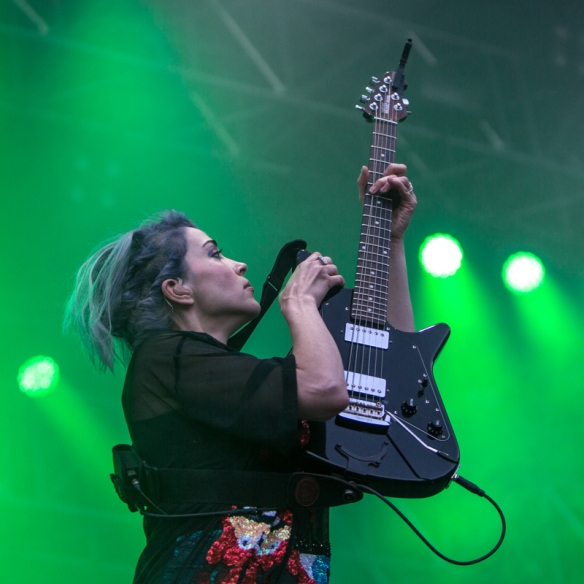 All her albums are recognizable as her own, and the move from mainly organic instruments to electronica is notable. The good thing is that she experiments with sound, and the electronic landscape on St. Vincent has lots of “dirty” sounds, even the guitar is distorted in her own way. Even if the albums are definitely worth listening to, I can highly recommend St. Vincent live. 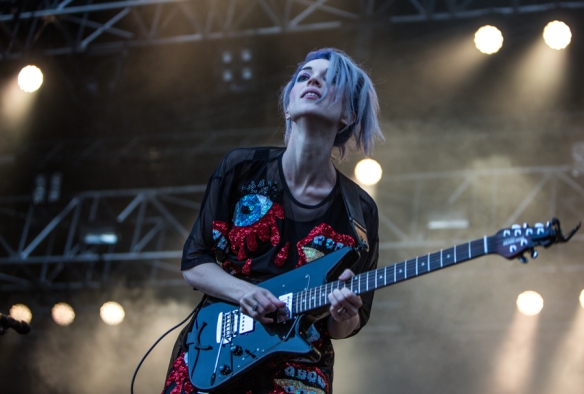 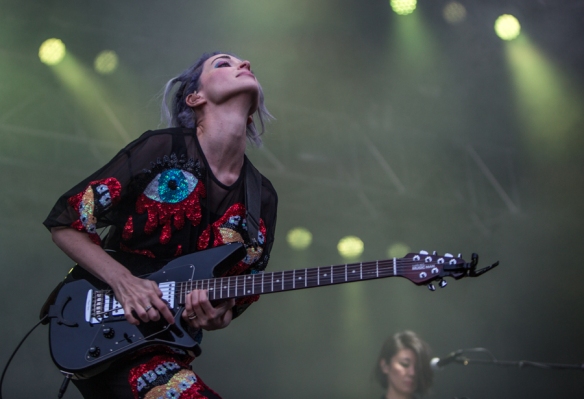 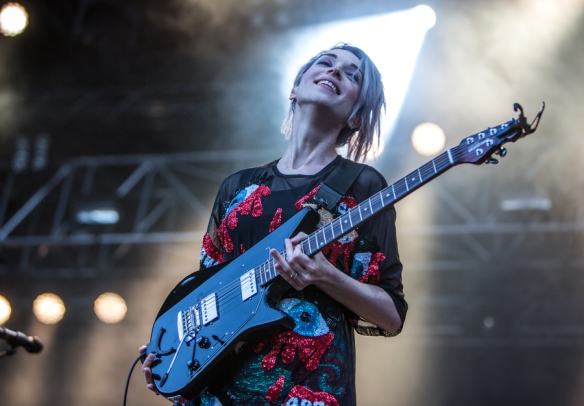 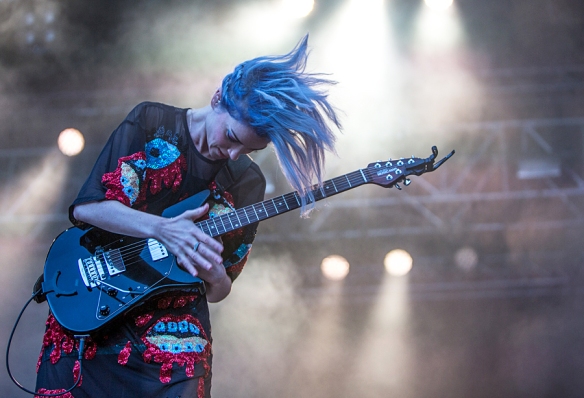