The last night of a festival is always special. The fans know it is a year until next time, and ant to do the most of it. On the other hand, there days of partying takes it’s toll, so the energy isn’t always up to expectations. Saturday night was a good night at Inferno, with bands from Switzerland, Italy, Germany, Sweden and Norway. (Photo above: Dolk from Kampfar)

Secrets of the Moon

My first band Saturday night was Secrets of the Moon from Germany. They were new to me, as for many of the bands at the festival. They are an occult black metal band who changes style with every new album. What they presented at the Inferno festival was hard, well played and I noticed some interesting dynamics in their songs.

Switzerland has some strong band, like Celtic Frost and Triptycon, and the death metal band  Deathcult is a newcomer here. They played the John Dee stage, and were formed in 2010, releasing an EP in 2012, with Endless Ravenous Void as the A side. 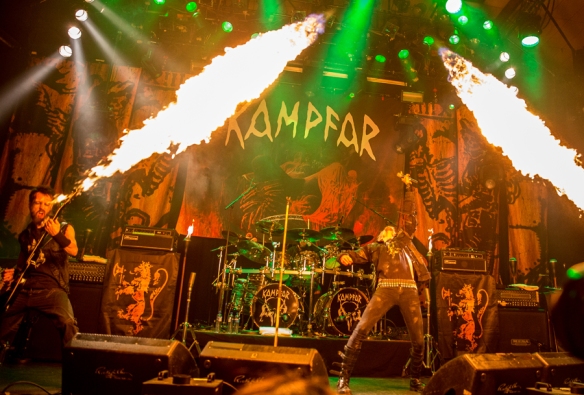 The next band tat the Rockefeller stage was Kampfar They are veterans on the Norwegian black metal scene, being formed back in 1994. The band uses Norwegian lyrics, and singer Dolk is a menacing presence on the stage. As usual at larger venues the band had some spectacular pyro effects, which accentuated their lyrics. Listen to their latest album, Djevelmakt, which was released earlier this year and has fort great reviews.

Slagmaur is a band I have heard a lot about, a band who changes inmate for every concert they hold. At the concert at John Dee last night, they had put on masks, an ugly guy, a crow and a pig. Not necessarily pleasant to watch, but that’s how they want to be remembered. They band was a little too cartoonish for me,

Dødheimsgard are an interesting Norwegian industrial metal band. They have also changed style many times since their start in the early 90’s. The last time I saw them was at Inferno 2011. Then they were a straight black metal band. Saturday night was quite different. They started out with music that would fit on any avant grade music stage, and continued with good old prog.rock. I didn’t see the whole concert, but presumably they had some more straight black metal further on. So far, Dødheimsgaard were one of the positive surprises for me. 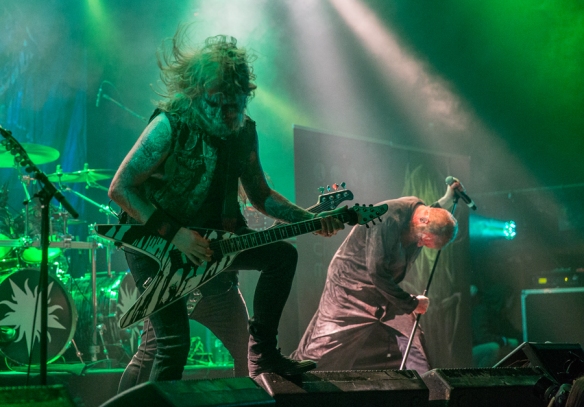