Marilyn Manson has been a controversial artist since he entered the foggy limelight in 1993. His name is a combination of two of the best known American cult figures, Marilyn Monroe and Charles Manson. Manson was born Brian Hugh Warner, and  his music has been accused of being an influence for the Columbine massacre, and also from turning young people away from God.

Be as it may, Marilyn Manson is an accomplished artist, combining music, art and acting, and his albums have so far won him three platinum awards. Tonight he played at a sold out Sentrum Scene in Oslo. I had never seen him before, and haven’t listened much to his music. But the one song we were allowed to photograph, and some intensive listening while editing the photos, has given me growing respect for him as a musician.

Since we were only allowed one song in the pit, I can’t really say much about the concert. But I have posted the setlist at the end of this post, so you can see what he and his band played. 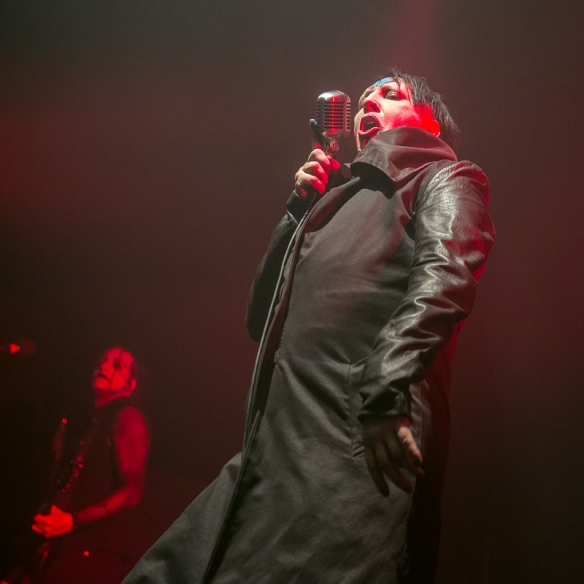 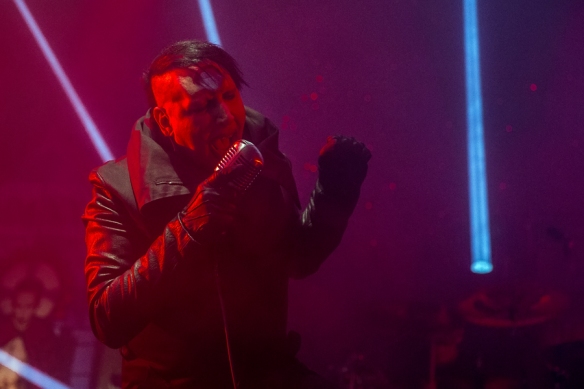 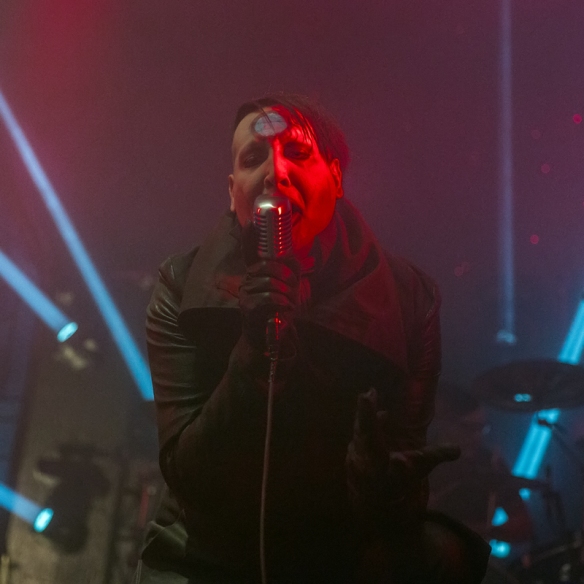 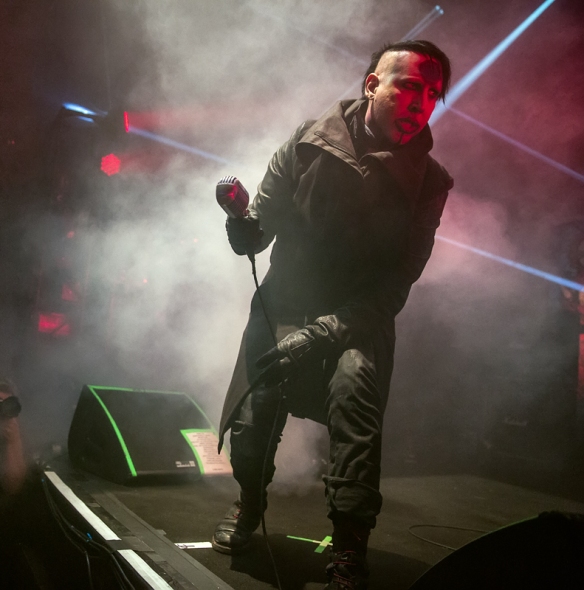