Every year when August is fading away, I have one more festival to look forward to, The Blues in Hell Festival. It is the perfect way to end the festival season, with great blues bands and artists and in the good company of a big part of the Norwegian blues family. Blues in Hell is a intimate festival with high quality artists playing in two tents, the Magic Mirror and an acoustic tent. The first night is over, and here are the artists I saw Friday night in Hell. (Picture above: The Etta James Experience)

For those of you who only know the English definition of Hell, it means something else in Norwegian: a shallow cave, usually on a mountain side. And Hell is the name for the place where the festival is held, on top of that at Hell Station, where the trains going north from Trondheim pass. You can actually by a one way ticket to Hell. When you think about Robert Johnson who went down to the crossroads and reputably sold his soul to the devil in exchange for being the best blues artist, it is just right to have a whole blues festival in Hell. 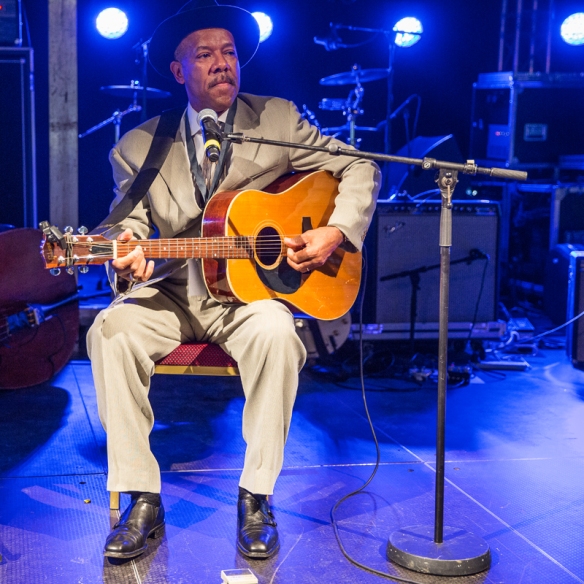 The festival started earlier this week with a street parade on Thursday and concerts here and there in the district. But the official opening is always on Friday in the Magic Mirror tent at Hell Station. And as always, one musician is awarded the Ambassador of Hell award. This year the award ggoes to Michael Roach, a long time friend of the festival and a great ambassador for acoustic blues. Well deserved. After recieving the award, Michael Roach held a short concert showing his talent on the acoustic guitar.

Nwxt on the stage was Mike Vernon and The Mighty Combo. I didn’t knwo he was a blue singer, but I certainly know of Mike vernon. He is the founder of the Blye Horizon label, and he has produced countless album with practically all the British blues artists, plus many more. John Mayall, Fleetwood Mac, Eric Clapton, Savoy Brown, Chicken Shack, Ten Years After, Stevie Winwood, Keith Richards – all of them have released albums produced by Mike Vernon.

Mike Vernon’s band, The Mighty Combo, consists of veterans from the British blues scene, and they got intoi a good groove when Mike Vernon came on stage. He is a more than competent singer, and didi a good job. He says that this band is something he does for himself, and I welcome him back another time. 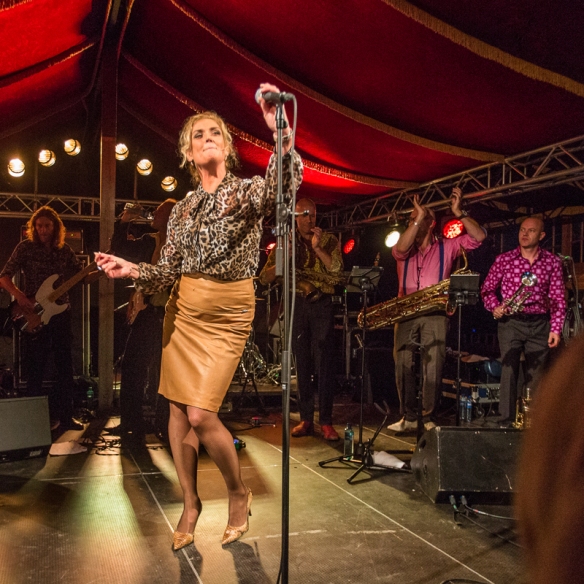 The Etta James Experience is a Dutch tribute band to Etta James. Eleven musicians and singers, with Floor Kraayvanger in front. I am usually skeptical to tribute bands like this, but I was won over by their sheer musical prominence. Floor Kraayvanger is both a good singer and also a visual midpoint for the band. They played all of Etta James best known songs, like I Just Want To Make Love To You, I’d Rather Go Blind and Something’s Got A Hold On Me plus many more. 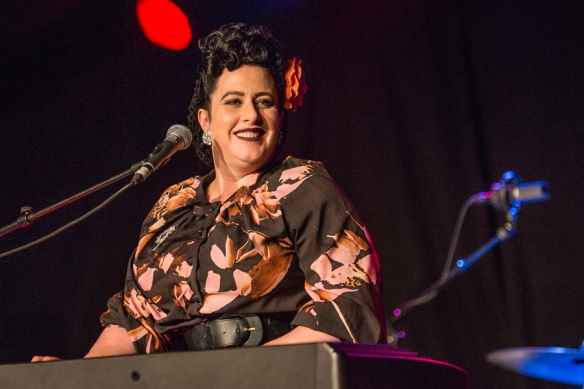 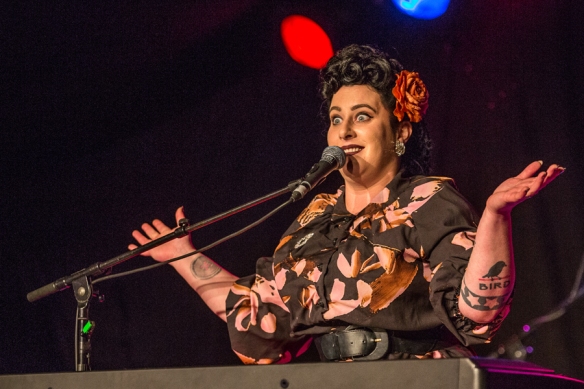 After the Etta James tribute I went over to the acoustic tent to see Davina & The Vagabonds. This is the third year in a row that Davina plays at Hell, and the audoence love er. The tent was packed for her mix of many differet styles, Mississippi, New Orleans, some jazz, a lot of boogie piano. What also makes her interesting to watch, is her show when she plays. Pianist are generally very limited in gtheir moves, but Davina uses her face and eyes to perfection. And with a top notch band, this became another victory for Davina & The Vagabonds. 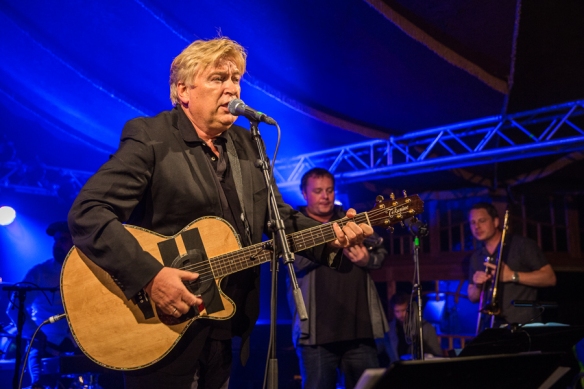 Jørn Hoel was the headliner for the Friday night. He became instantly popular in NOrway in the 80’s with his song Har en drøm (I Have A Dream). After a period as a Norwegian pop star, he turned to blues and released Love WIll Make You Do Things That You Know Is Wrong in 1989 with good versions of classic blues and soul songs, like Lean On Me and Got My Mojo Working. He released what I consider his best album, Soulsville in 1996. In 2000 he had turned to latin american music and released En blå løk (A Blue Onion).

Jørn Hoel has always been versatile artist, charecterized by his big, but also slightøy raspy voice. He has great dynamics in his voice and a phrasing taht works well for both latin and rock. I heard some criticism from the blues purists that there was very little blues in his show. THe main part ogf the ausdience didn’t seem to care much bout blues purism, and wre singing along to his best known songs. I always value great musicianship, and I really enjoyed the concert.

I took a trip back to the acoustic tent after Jørn Hoel to see Arve Haaland & his Cajun Gumbo, as far as I know the only serious cajun band in Norway. The last time I saw them was at the Down on the farm festival in Halden in 1998, so it was about time to see them again. The band plays treaitional cajun songs in an authentic way, with the characteristic accordion, washboard, guitar, bass and drums. They sound good, and if you like cajun music, do go and see them.

The last band Friday night was the Travelling Brothers from Spain, in the Basque region, close to Bilbao. They won the European Blues Challenge this year, and I agree that they are a worthy winner. Well played, flamboyant on stage, good songs, and a hard and tight band. They also play tonight, so I will go back and hear more of them then.