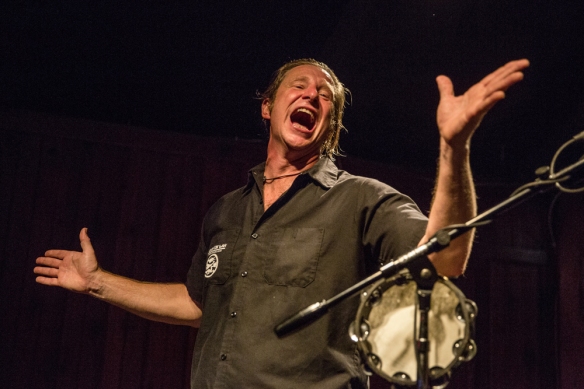 SXSW is on, and the first part of the Film festival plus Interactive have started. This year, as earlier years, I attend Interactive and Music, so these are busy ten days with seminars during the day and clubs and concerts at night. Saturday consisted of an afternoon concert with my big favorite guitarist Redd Volkaert, a concert with another Austin favorite, Guy Forsyth, then the Peterson Brothers and closing it all with a perfect set from Chuck Prophet. Photo above: Guy Forsyth) 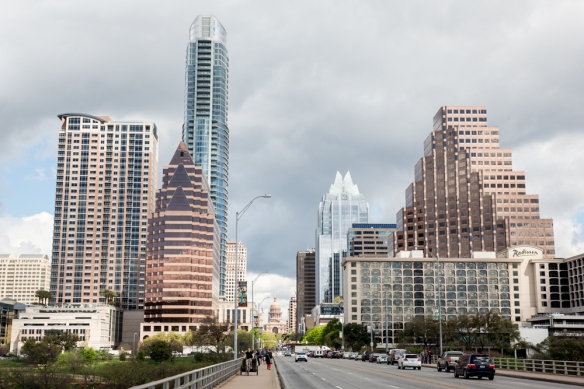 Congress seen from the Bat Bridge in Austin.

Austin is filled with SXSW delegates, more than sixty thousand so far for Interactive and film. After the seminars are over in the afternoon, there are parties for them all over town, but luckily there is little or no sign of the delegates south of the river. That means life at clubs like The Saxon and Continental is about the same as usual. It’s a short reprieve before the music hordes invade the town from Tuesday to Sunday. 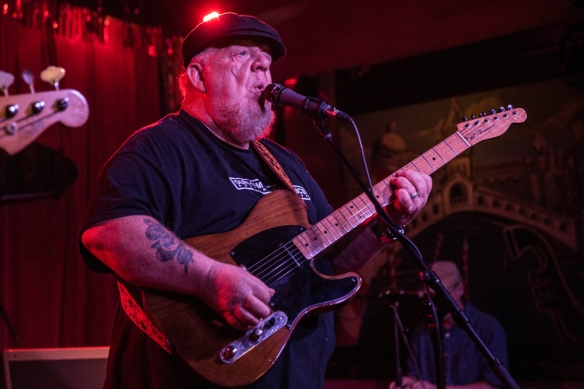 My Saturday started with Redd Volkert at the Continental Club at 3:30 PM. That is his regular spot every Saturday, together with Sunday nights with his other band, Heybale! I have reported on Redd Volkaert before on this blog, and he is still a guitar god with his seemingly easy chords and runs on the guitar, something few other guitarists do after him. In 2009 he won a well deserved Grammy for Best Country Instrumental Performance. With his deep and gruff voice, his choice of humble and danceable songs, plus a band that complements him, he fills the dance floor from the first song. 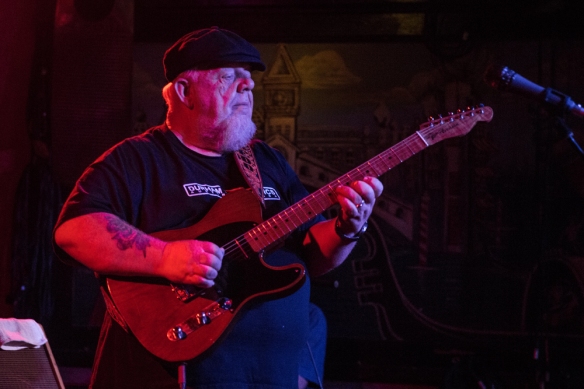 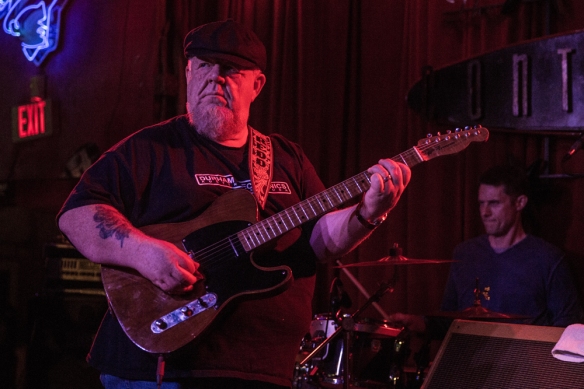 Since my attendance at the Continental Club happens for two plus weeks in March and not the rest of the year, it is good to see that many of the same people and the same dancers are present at Redd’s Saturday concert. Together with Redd Volkaert and his band, it is an added pleasure to watch the dancers. Some are really good, other just enjoy dancing. Redd Volkaert’s repertoire consists of a mix of his own songs and covers, and the highlight for me was his version of Lefty Frizzell’s song, That’s The Way Love Goes, made famous by Merle Haggard and Willie Nelson. 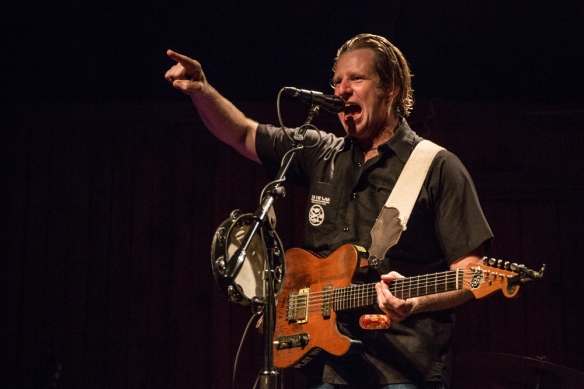 My next concert was Guy Forsyth with his band at the Saxon Pub. He visited Oslo recently and told me he really liked the club, Buckley’s. I missed that one, due to my being at Blastfest, but had the great pleasure to see his whole set last night. His band includes of Nina Singh Botta on drums and vocal, Naj Conklin on bass and vocal, Matt Smith on guitar, lap steel and vocals plus Guy on vocals, guitars and harmonica. 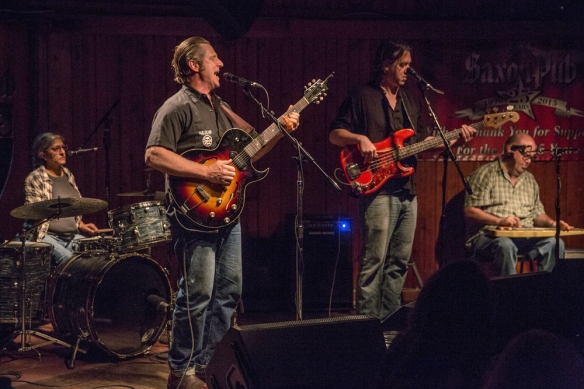 Guy Forsyth‘s music can be hard to describe. He moves effortlessly in the blues, Americana, old time, folksy, singer songwriter landscape, with many pop and rock influences. His songs are sometimes old time styled, other times they have a strong melodic pop feeling, that makes me wonder why he isn’t better known outside of Austin and some other places. His band is also top notch. Matt Smith did some of his own songs, and the rhythm section is bottom solid.

The first time I saw Guy Forsyth and his then band, was around 2001, at Antone’s. He did his song Play to Loose, where he starts on stage, but then takes a walkabout while singer, and ended up on top of the bar. When that band took over, he got a shot of whiskey, said hello to people at the bar, and sang himself down to the stage again. I have seen him do this song many other times, and happily he ended his set with the song yesterday, too. The performance shows what a great singer and performer Guy Forsyth is. 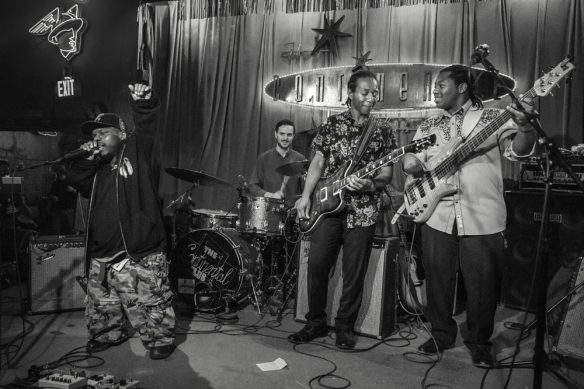 After Guy Forsyth and the Saxon Pub, I went down to The Continental Club to see The Peterson Brothers and Chuck Prophet. The Peterson Brothers, Glenn Jr. and Alex, respectively 18 and 16 years old, were first. They were joined by the rapper Buswick Bill on the first song, before they got started with their own songs. 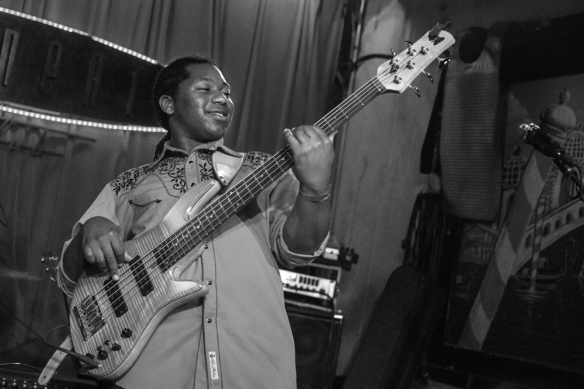 The Peterson Brothers are technically very talented, with the youngest, Alex already a virtuoso on the bass and also an accomplished violinist. Musically they have grown since the last time I saw the, but it still gets a but too much technique and too little feeling for me. But give them some years to mature musically, and they will be a killer act. 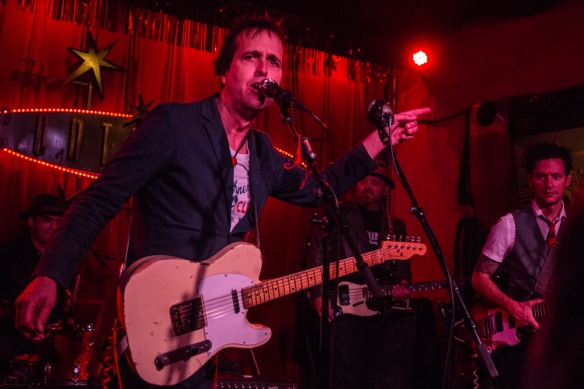 Chuck Prophet closed the night at the Continental Club with fierce set of originals and some covers. He has a band that follows him perfectly, with Stephanie Finch on vocals, keyboard and guitar Vicente Rodriguez on drums,  James DePrato on guitar and Kevin T. White on bass. I saw Chuck Prophet the first time at Down On The Farm in Halden, Norway in 1997 and the his former band, Green On Red in 2006. 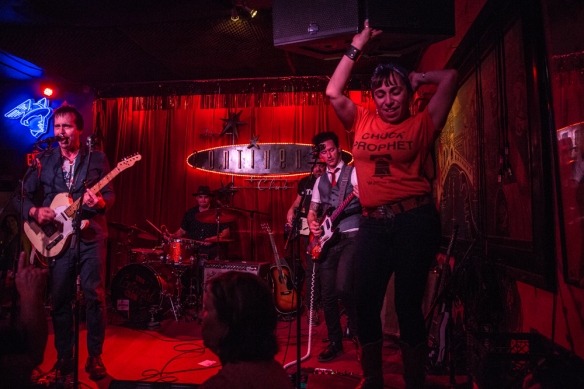 As a songwriter Chuck Prophet has written songs for and together with some of the best artists around: Bruce Springsteen, Alejandro Escobedo, Solomon Burke, Jace Everett, Kim Richey and Heart, to mention some. His collaborations with Alejandro Escovedos, one of the music loyalty in Austin, is especially rich. Chuck Prophet should have been even better known as a performer, since he and his band is a joy to see and hear. 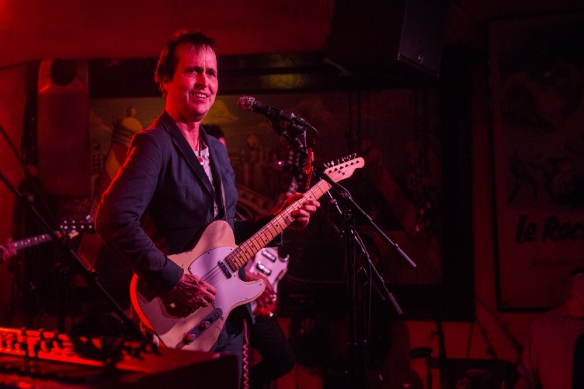