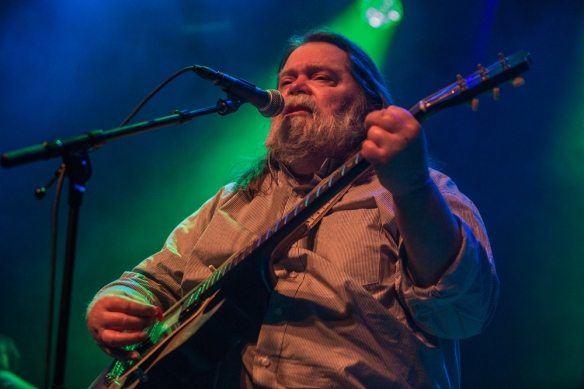 Fifty years after the start, Roky Erickson is on tour with his band The Hounds of Baskerville playing the songs of his famous band The 13th Floor Elevators. His career since the 60s has gone up and down, with more downs than ups, but since around 2005 he has had a slow and steady upwards movement. The concert at Rockefeller last night showed that Roky Erickson is still capable of playing good concerts.

I was so lucky that I saw Roky Erickson‘s first live concert in 20 years at the Austin City Limits festival in 2005. I remember it as a big event, both because Roky is an Austinite, one of their own, but also because of his track record from the 13th Floor Elevators as the first psychedelic rock band, though his battles with drug, illness and the law to get where he was. I also remember that he was introduced on stage by Kinky Friedman. The concert wasn’t the best, but it was perfectly good enough to say that it seemed Roky was b ack on track. 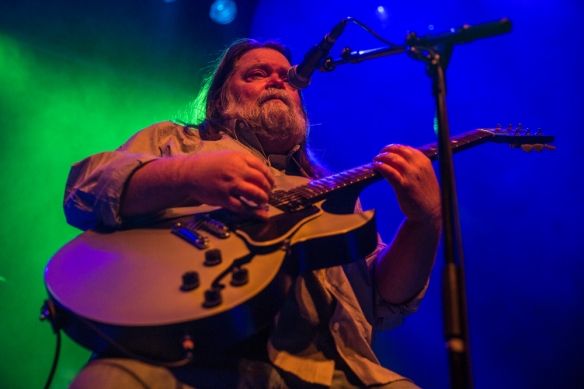 The next time I saw him was two years later at the Øya festival in Oslo. This I remember as a more together concert, Roky was more present, and there was also more energy in the whole performance. Since then reports from his concerts have been a mix of great and discomforting. 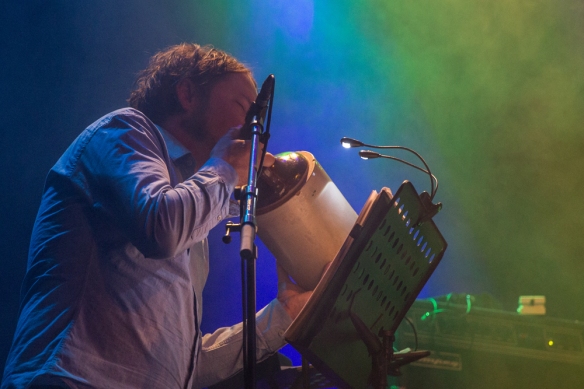 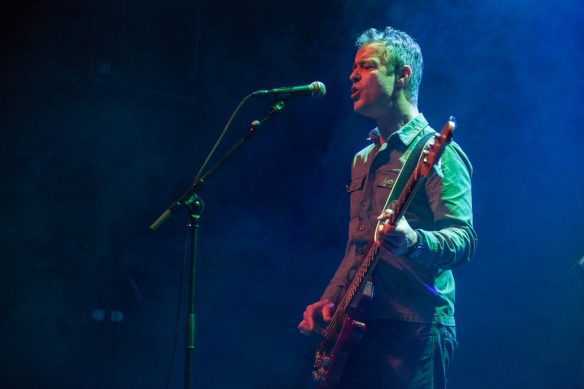 Since it has been 8 years since I last saw him, I was apprehensive to how the concert would go last night. Roy played the whole concert sitting on a stool. He has never been big on mimics or extrovert effects, but his voice was good, and his band, The Hounds of Baskerville backed him well. The band consists of Jegar Erickson on jug, Jason Richard on bass, Eli Southard on guitar and Matt Long on drums.

Here the setlist for the concert: Fire Engine, Earthquake, You Don’t Know, Slip Inside, Had to Tell You, Dr. Doom, Monkey Island, She Lives (in a Time of Her Own), Take That Girl, Through The Rhythm, Tried To Hide, Splash 1 (I’ve Got) Levitation, Kingdom, Roller Coaster, Reverberation, ending with the Elevator’s biggest hit, You’re Gonna Miss Me. As extras he played two of his own songs, Night of the Vampire and Two Headed Dog. Check here for more setlist from his tour.