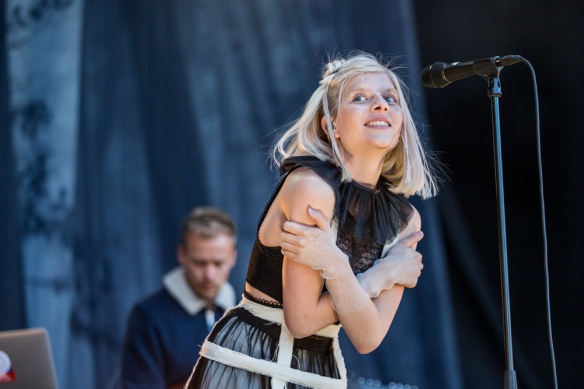 The Øya Festival in Oslo is the biggest music festival in Oslo. It was originally held at and around the medieval ruins down by the seafront. Three years ago they had to move the festival to a park close to the Munch museum, which also meant the capacity increased. The park is ideal for a festival, with a natural amphi for three of the stages. The fourth one is a huge tent, located at the farthest distance from that main stage, so they can have bands playing at the same time with no over hearing. Here are the bands I saw on Wednesday. (Photo above: Aurora) 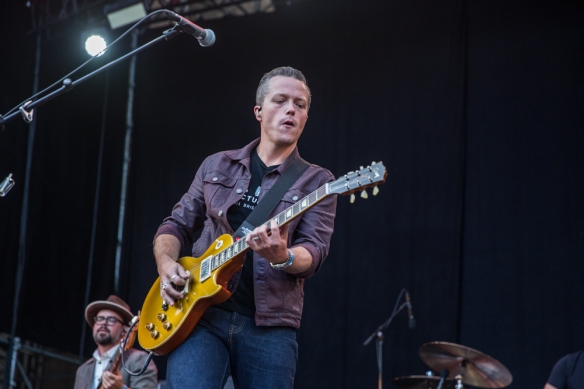 I started out with Jason Isbell, the rising star on the Americana music scene. Rising star might be an understatement, since he has been known among music lovers since his time with Drive By Truckers until 2007 when he went solo. Since then he has released three solo albums. He won three Americana Music Awards for his 2013 album Southeastern, and has so far won two Grammies and  three Americana Awards for his latest album, Something More Than Free. On stage Isbell is straight on, friendly, not flashy, but he delivers his songs in a way that makes it a joy to listen to him. 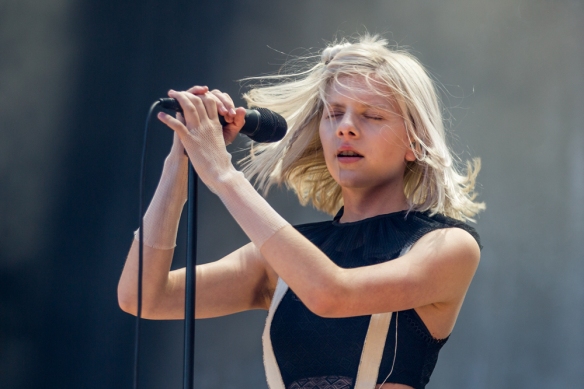 Aurora is Norway’s new pop artist with well deserved success already, after only one and a half years as an artist. She has performed on several American TV shows, Tonight Show starring Jimmy Fallon, Conan, The Late Show with Wtephen Colbert and on Howard Stern’s radio show. She has also played several festivals in 2015, and more in 2016.

On stage she has an elf-like personae, moving her hands and arms a lot, sometimes looking a little bit clumsy. Since I saw her last year, her movements and her presence on stage has become much more professional and a bit more mature, without losing the uniqueness that defines her as an artist. Her songs are both catchy and original, and Aurora has a surprisingly strong and clear voice, and has no problems with dominating the big stage. 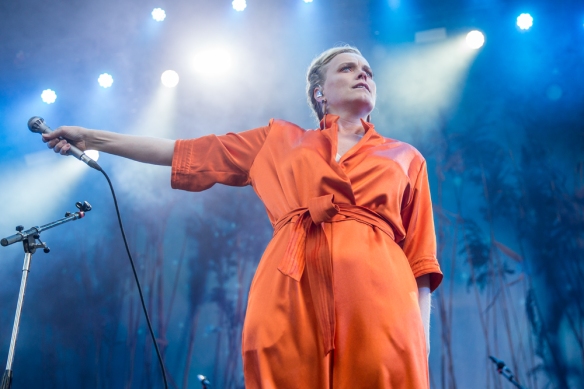 Another highly interesting artist is Ane Brun. She has been around much longer than Aurora, since 2002-3, but she is also an artist who goes her own ways musically, and she has profited artistically on this. Ane Brun’s first album was released in 2003, and she has released 7 studio albums so far plus two compilations and two live albums. She has also performed with Peter Gabriel, recording a remake of Don’t Give Up with him for his album New Blood.

Ane Brun started as a more traditional singer songwriter, but has evolved into an original artist who writes her own songs. Her voice is characteristic with a quavering vibrato that distinguishes her from her contemporaries. She often performs with a stripped down band, consisting sometimes of only strings, or a cello, but also sometimes alone with her guitar. Her songs are personal in their sound, often quite original and unexpected in the choice of melody, but catchy in a strange way. She never hides her songs behind massive arrangements. So also at the Øya festival. Having seen her live several times since 2003, it was a joy to see her on Wednesday.

Since Wednesday’s headliner, Massive Attack didn’t allow any photographers, my last artist that day was the English rapper Skepta. He is a representative of the grime style in hip hop, with a very heavy sub-deep bass and double-time rhythms drawing on drum and bass and other earlier styles. Skepta is one of the main artists from Manchester which is considered the biggest scene for grime outside of London, and also held in high respect for their artists not compromising with their music. 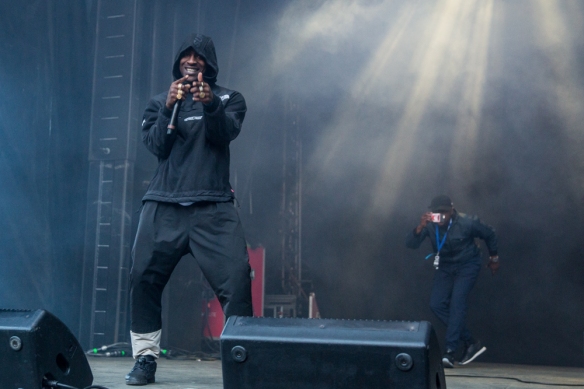 Hip hop is not my favorite style, but it is growing on me. Septa was in that respect a positive experience. The DJ pumped out loud bass tones almost below the hearable frequencies, and Skepta delivered his raps with authority to an enthusiastic crowd who knew his songs.