In 1996 Blue Mood Records started out as a Norwegian record company, concentrating on blues, and on August 5th in 1997 they released their first album, Stomping’ Our Feet With Joy by Vidar Busk & His True Believers. Since then the label has released around 50 studio-, live- and compilation albums. Today the label is one of the record company Grappa’s labels, but still dedicated to blues. (Photo above: A few of the Blue Mood label mates)

The Blue Mood Records was started by Eric Malling, and at the anniversary concert he was the MC. Malling has been an enthusiastic spokesperson for his artists in all the years Blue Mood has existed. I have had the pleasure of following Blue Mood all these years, and seeing the artists develop and having success . In 1999 they released a live compilation album, Bluemoods, or “Not Just Another Blues Compilation” with live recordings of their artists, produced by NRK P1 where I was head of music. So seeing all these fantastic blues artists on stage at Notodden was a true joy for me. 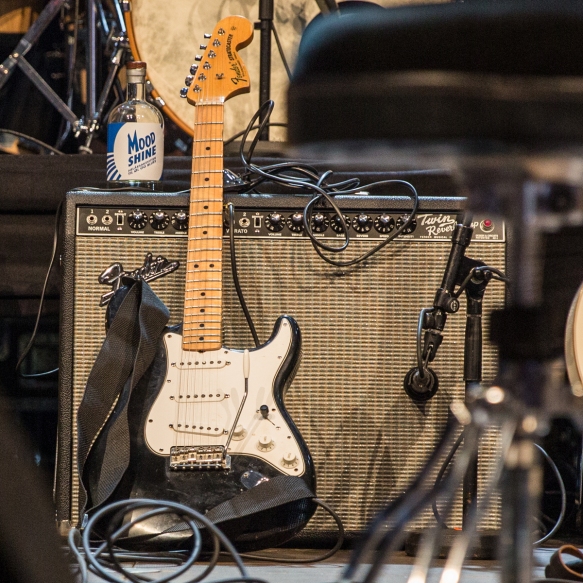 At the concert, Blue Mood also debuted their own aquavit, “Mood Shine”.

Here are the artists who played at the concert: 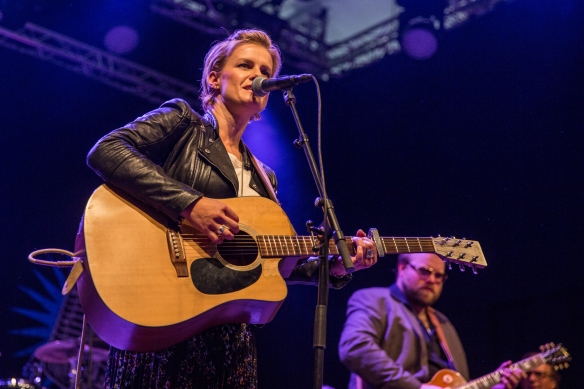 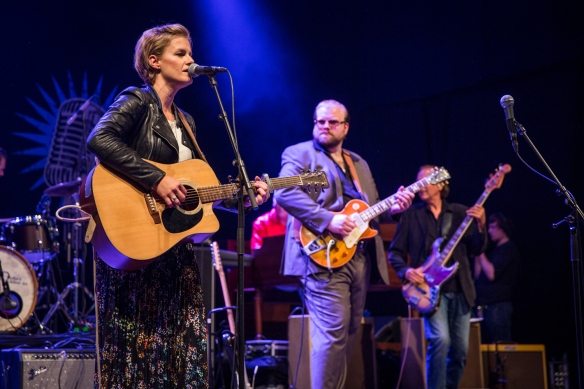 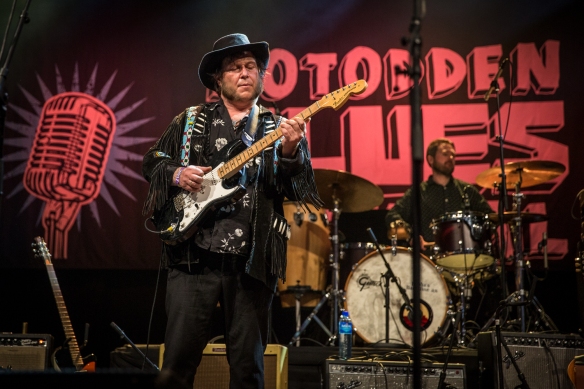 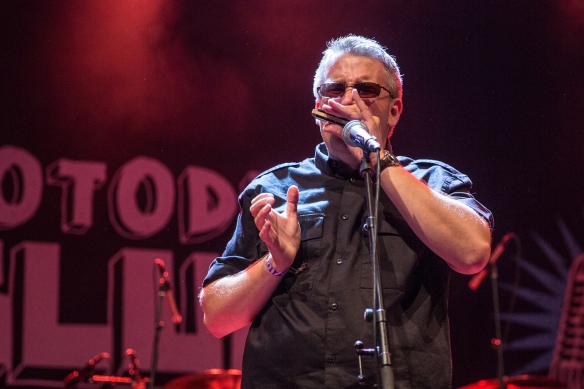 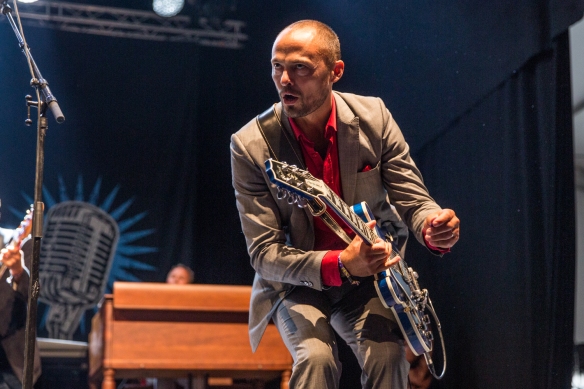 Here I am watching the concert from the wings. Photo: Anja Lindtner Grani Hagen 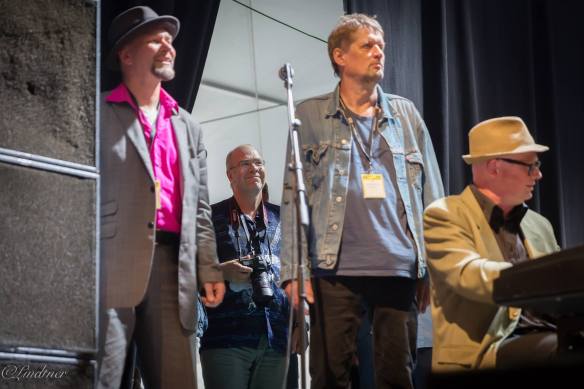