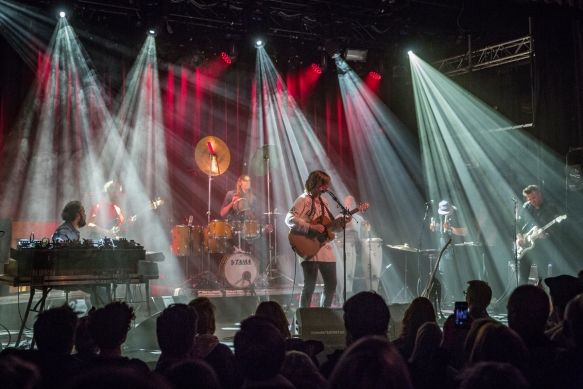 Sometimes, not very often, a new artist releases an album that really catches me. I don’t remember the last time this happened, but I know I had that same sensation when Susanne Sundfør released her debut album, and also a few others. Last week I heard the album Infinity On My Mind by Kristian Torgalsen, and I was hooked.

Kristian Torgalsen is a 28 year old guy from Oslo, Norway, who was an eager skater and snowboarder, but he hurt his hand in an accident, and had to stop. To train his hand, he took up his guitar, and after a while he started writing songs. These songs were heard by someone who got him in contact with Martin Horntveth – producer, composer, drummer – and from there his music career started. 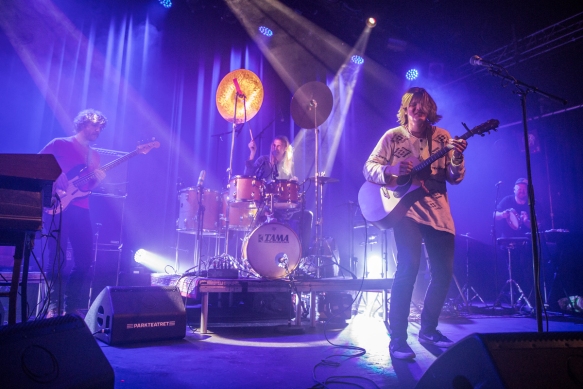 The album was released two weeks ago to high critical acclaim in all media, and yesterday Kristian Torgalsen held his release concert at Parkteatret in Oslo. The musicians were the same who play on the album, and they are worth special mention: Amund Maarud on guitar started out as a teenager twenty years ago and has become one of Norway’s best and most respected musicians and artists. Nicolai Hængsle Eilertsen on bass and Olaf Olsen on drums, both from Big Bang and several other band constellations, known for their heavy, but als organic playing.

Davis Wallumrød plays keyboard, and he is my absolute favorite keyboardist. He plays with a lot of people, and you can hear his fantastic organ solo at the end of the song Get Along With Life on the album. Martin Windstad has plays percussion with Jarle Bernhoft, drums with Vidar Busk and adds his special touch on several albums with different artists. Christer Knutsen joined on piano on three songs, and he is also a musician with his own solo career, plus he plays in Sivert Høyem’s band.

The producer, Martin Horntveth played percussion on stage, but he also plays drums in Jaga Jazzist, composes film scores and also the score for the successful TV series Himmelblå and Mammon. On the album, Jonas Alaska, Billy Van, Mikhael Paskalev, sings backgrund vocals, while Real Ones does the same on the song Rescue Me. And the Macedonian Radio orchestra plays on a couple of the songs. 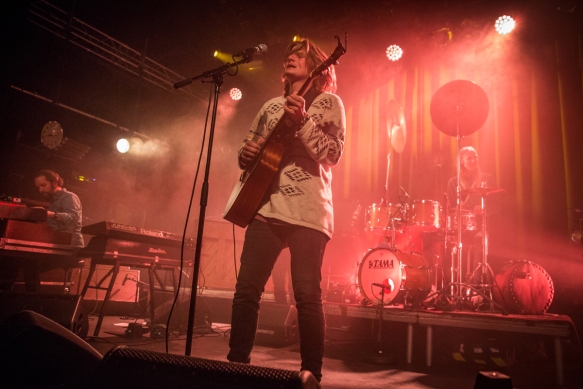 As a debut concert, last nights happening was a great experience. The band was excellent, and Kristian Torgalsen performed like a much more experienced artist. This was actually the first time he has been on stage. With a little more confidence and experience, he will certainly be a good live artist.

So, what about his album and his songs? They remind me of James Taylor, early Paul Simon. Not that he copies them, but I hear the same kind of mood in his songs that I hear in songs like My Town Too by James Taylor and Something So Right by Paul Simon. The arrangements and the production is organic, sparse, but also rich and full when needed. Modern, but also with an old time feel here and there. There are lots of details on the album that makes me have it on repeat. I will follow Kristian Torgalsen closely  and I hope he will get the recognition he deserves.

Here are the songs from the concert: The Beast, Get Along With Life, One, I Wonder, The Eye, Let Me In, No One Told You, Time Will Come, Maybe, Spaceland, My Friend, Infinity On My Mind, Rescue Us.