The traditional Black Easter in Oslo with the Inferno Metal Festival started yesterday, the 18th edition in a row. And this year more people than earlier, and from even more countries have gathered in Oslo for their yearly ritual. The festival has thirty six bands, nine each night, and several headliners from the top shelf of extreme metal. Here are the bands. I saw the first night.  (Photo above: Odium) 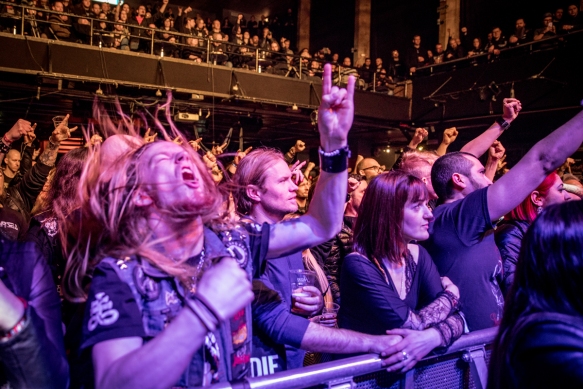 For me, the Inferno Metal Festival is a good Easter tradition. Great bands, a great and friendly audience and good colleagues in the photo pit. The metal family is a good crowd from more than all over the world, and even if I am not a hardcore fan, they are an open and inviting crowd. The festival is well organized, with everything running smoothly. This year there are four nights at the Rockefeller and John Dee, without the club night from the preceding years. So far I like it a lot. 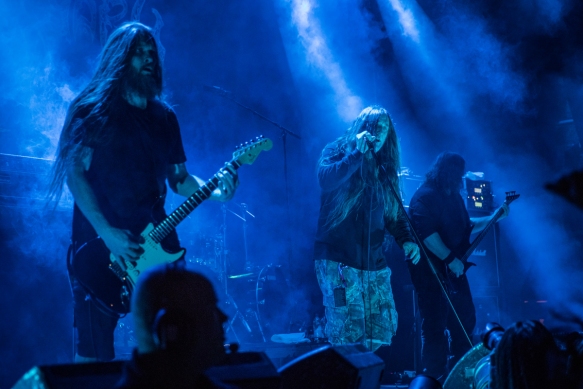 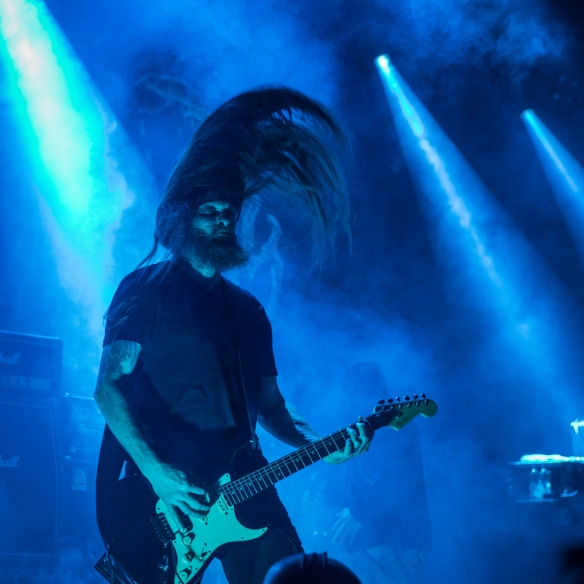 The headliner this first day was Obituary, the US veterans of death metal. They started in 1984, and has released ten studio albums all together. Singer John Tardy, his brother, drummer Donald Tardy and rhythm guitarist Trevor Peres are founding members, while Kenny Andrews and Terry Butler have been in the band for the last six-seven years. 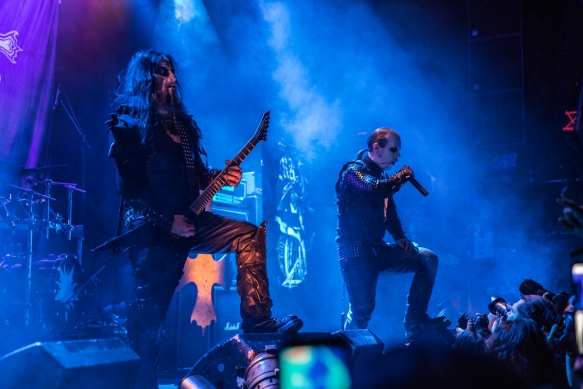 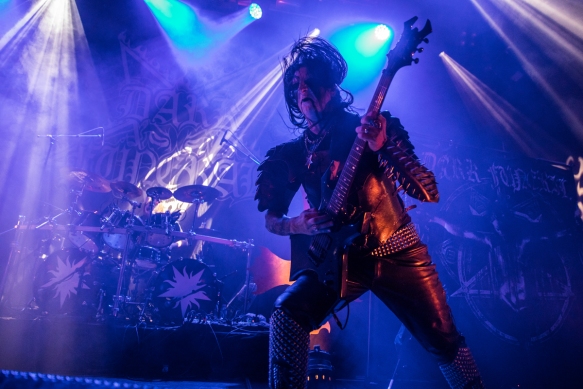 Dark Funeral are veterans of the Swedish black metal scene. The band is known or its satanic themes and lyrics, abut also for their uncompromising music. Lord Ahriman is the only founding member of the band, while Heljamadr has been the band’s vocalist for the last three years.

One Tail, One Head is a Norwegian black metal band with lyrics about mysticism, darkness and mythology. The band is known for their stage performance, specially singer Luctus’ expressive style. 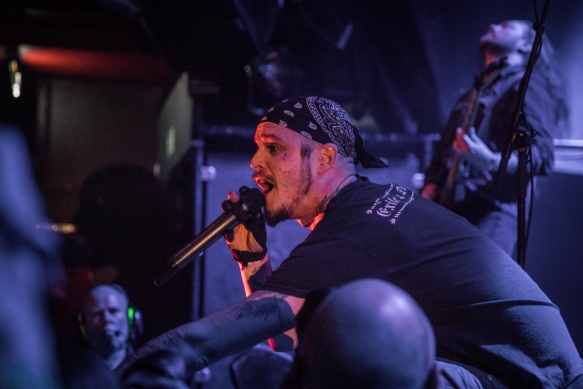 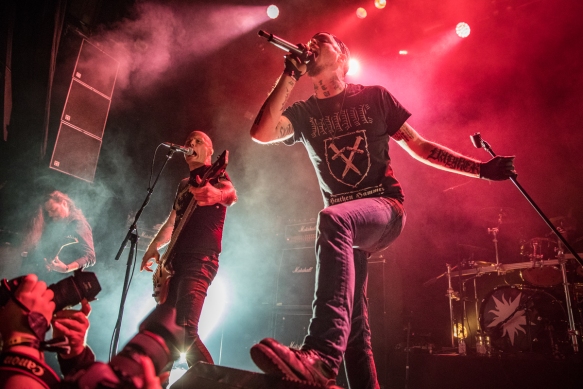 The Swedish band Shining are also veterans, being formed in 1996 by singer and composer Kvarforth, who then was twelve years old. Their music is described as depressing suicidal blawk metal, with lyrics centered around personal problems and suicide. Guitarist Peter Huss has been a member of the band since 2006, while the other members have been. in the band the last few years. 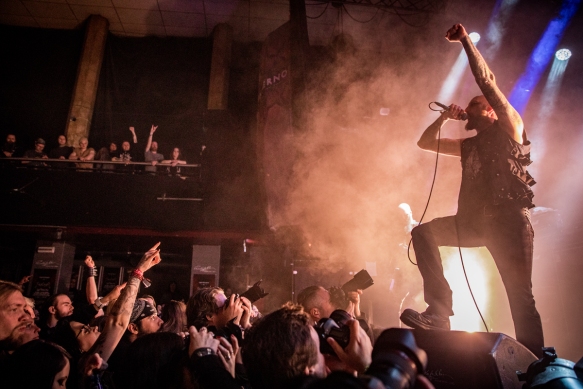 Naglfar is another Swedish band, playing melodic black metal and they started out in 1992 with singer Kristoffer “Wrath” Olivius as the only founding member, Guitarist Andreas Nilsson became a member in 1993, while the others have been members of the band for a shorter period. 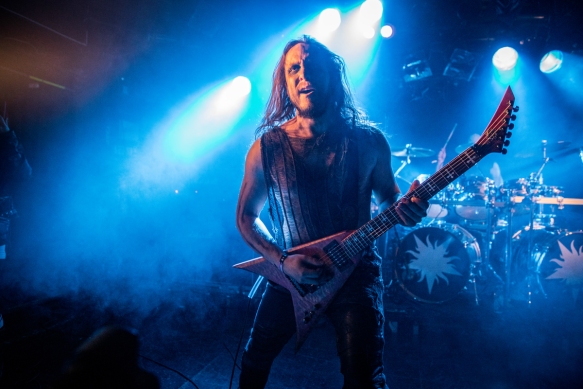 Erimha is a Canadian extreme metal band, with singer, guitarist and drums, without bass. The setup works well, and they played a tight set at John Dee early at the night. 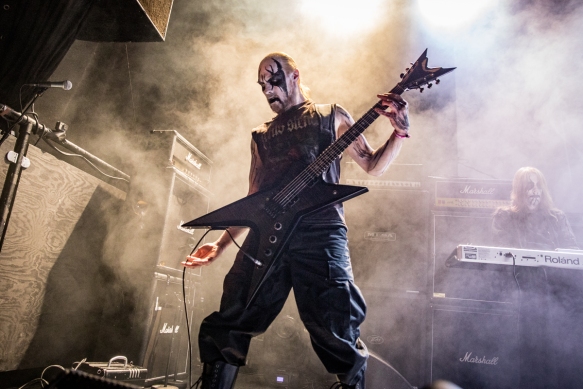 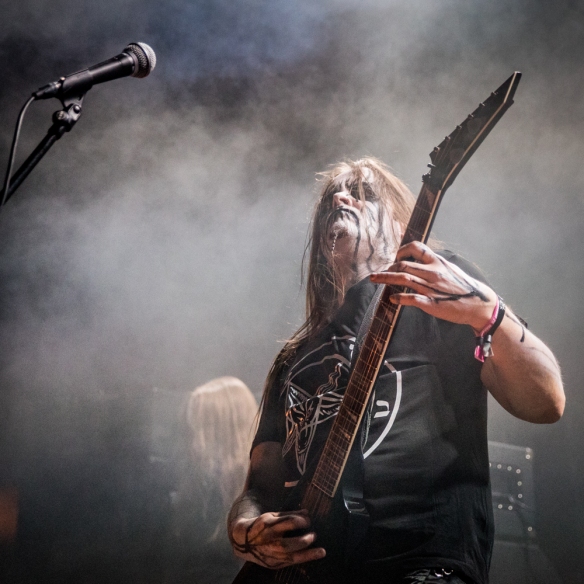 Odium was the first band on the Rockefeller stage Thursday. They come from Drammen, Norway and have played together since 1994 with Sechtdaemon and Demariel as founding members. The band plays symphonic black metal and was a great opener for the festival.

Luctus from One Tail, One Head