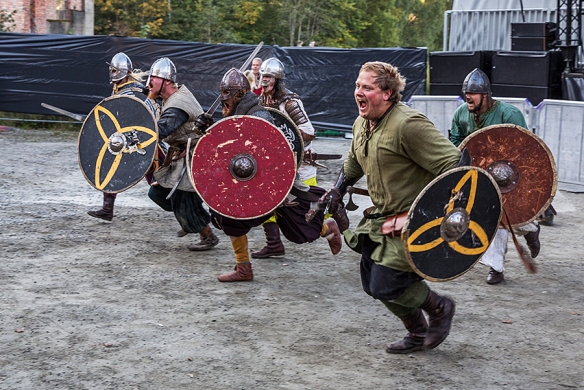 The year 2014 marks the 200 year anniversary for the Norwegia constitution and our independence from more than 350 years under Denmark. There have been many celebrations during the year, and this weekend marked the end of the celebrations, with – among other activities, the festival Eidsivablót. A blót is a pagan ritual to the Norse gods and the spirits of the land, and was celebrated by the Norwegian Vikings 1000 years ago with sacrifices, food, drinks and a party. The 2014 version of the blót had viking games, food, drink, and party, and instead of sacrificing animals, we got concerts by Wardruna and Enslaved, plus Skuggsjaa.