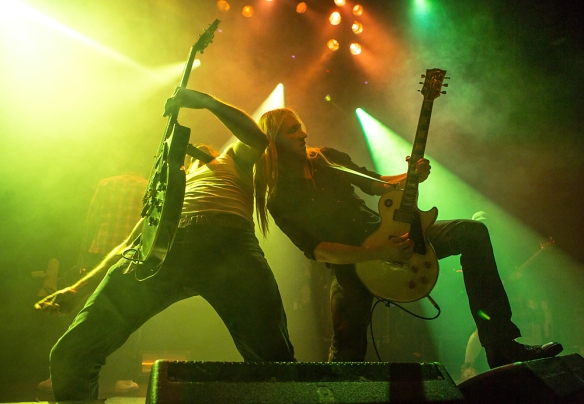 Audrey Horne is one of my favorite live bands. They are great musicians, they have a charismatic singer and they have good songs. The band’s latest CD, Youngblood, has got great reviews in the Norwegian newspapers, and that’s well deserved. Yesterday they played at Rockefeller in Oslo, at the same concert as Black Debbath. 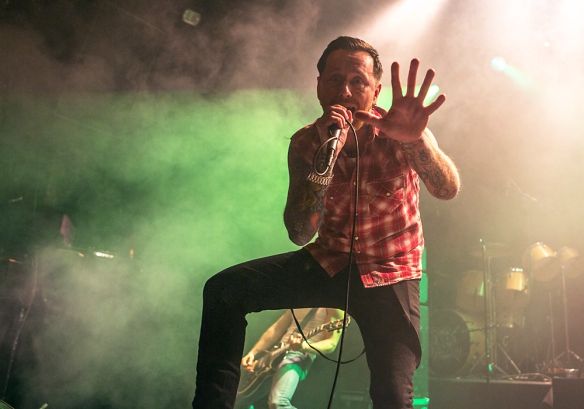 I have seen Audrey Horne live several times the last 5 years. The first time was also at Rockefeller, at by:Larm in Oslo in 2008. The last time I saw them was at SXSW in Austin last year. Besides sounding good, they also look good and I love photographing them. 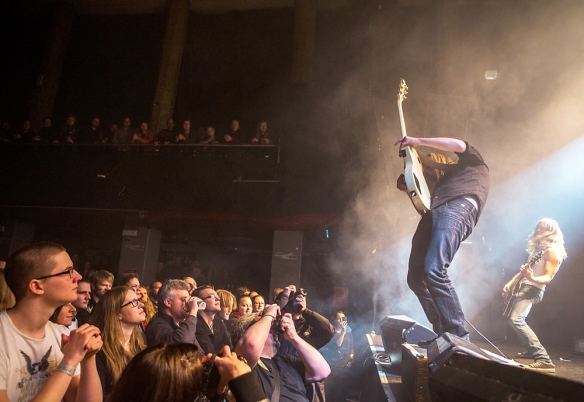 At the concert last night they played songs from Youngblood. I have to agree with the critics, this is a very good CD that might well stand out as one of the best Norwegian rock albums from 2013. The songs also work well live, and the audience liked them. Usually bands mix new and old songs, to “tease in” the new ones. But I didn’t at any time during the concert think that this was a problem. 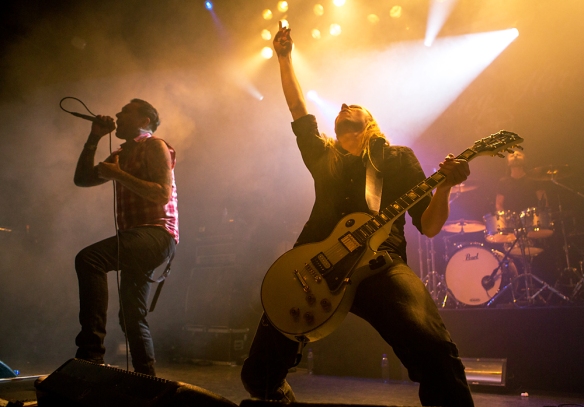 Audrey Horne’s style is hard rock, with lots of references to the big bands from the 70’slike Judas Priest and Iron Maiden. Lots of guitar riffs, hard and precise bas and drums, and a personal and also style conscious vocal. 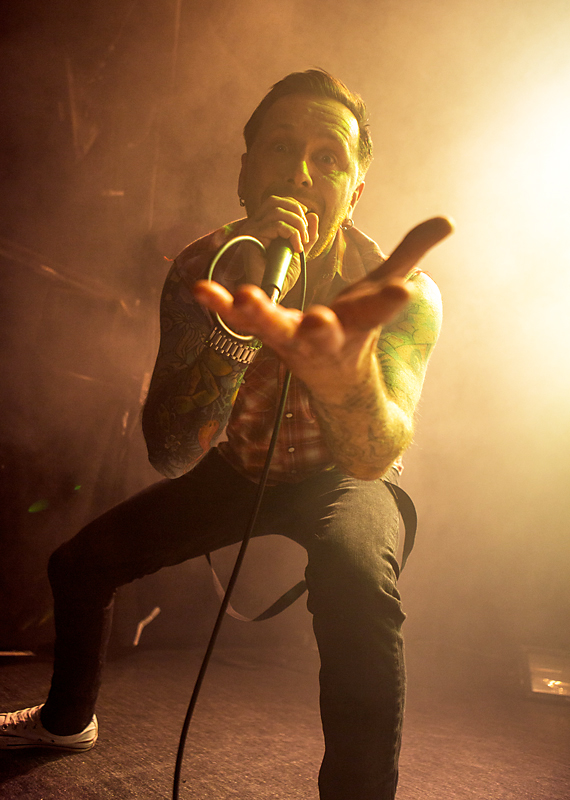 Toschie, the singer, is a natural front man for the band, but he never tries to steal the stage.  The same goes for the two guitarists, Thomas Toftehagen and Arve Isdal. Thomas also plays in Sahg, while Arve Isdal plays in Enslaved. These two guys play brilliant guitar – both solo and in parallel lines, and they also pose like good heavy guitarists are supposed to do. Drums and bass are expertly treated by Kjetil Greve and Espen Lien, and they build a solid fundament for the other three. 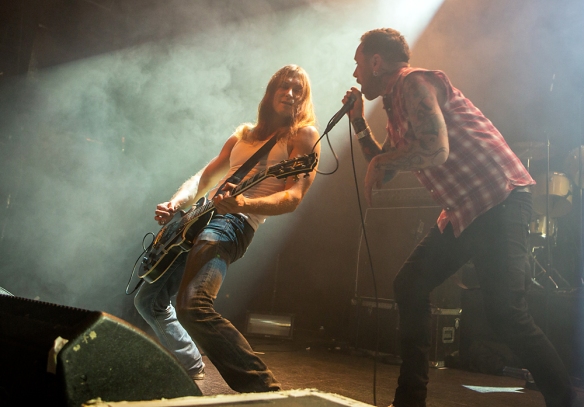 Audrey Horne are touring Germany, Sweden and the Czech Republic from March. If they play a venue near you, make sure to go there. You are guaranteed a great night. 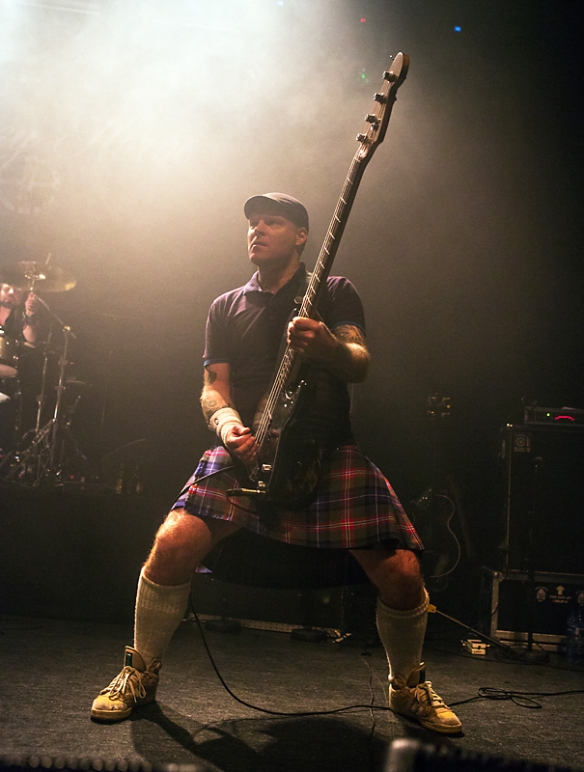 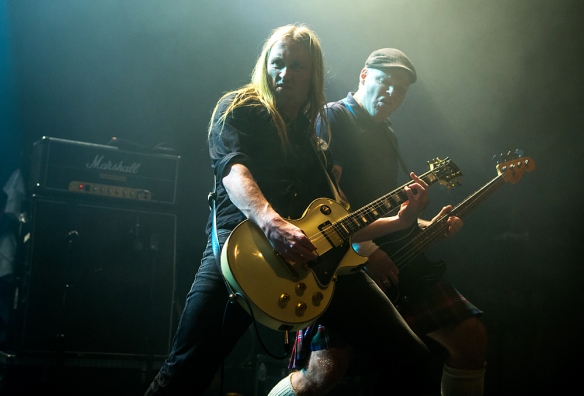 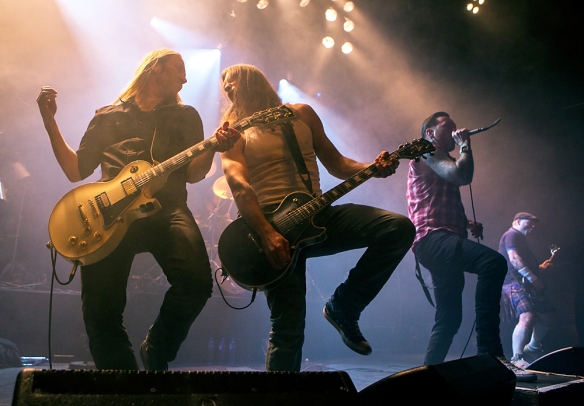 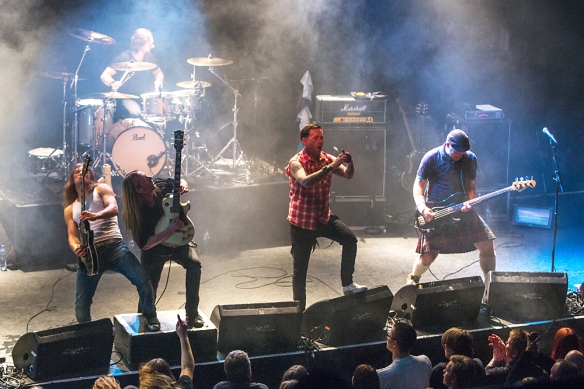