Argentinian tango orchestras aren’t my strongest subject, and I have avoided  – not consciously – hearing an electrotango band, until the very last act on the closing day of SXSW. I came with my son from Red 7 and real hard and dark swamp metal with Black Tusk, and he recommended we stop by Bajofondo on the Stage on Sixth before going home. I didn’t regret that at all!

What I saw and heard blew my mind, and it was one of my top experiences from this SXSW. The band had started their gig before we came, but they kept on for quite some time, and we got a great position close to the stage. According to my son, who is a tango dancer, the band is great to listen to, but difficult to dance tango to. But they have contributed to bringing tango to the mainstream, and that is a good achievement in itself. Live they are dynamite, and they should be a certain hit at many festivals. 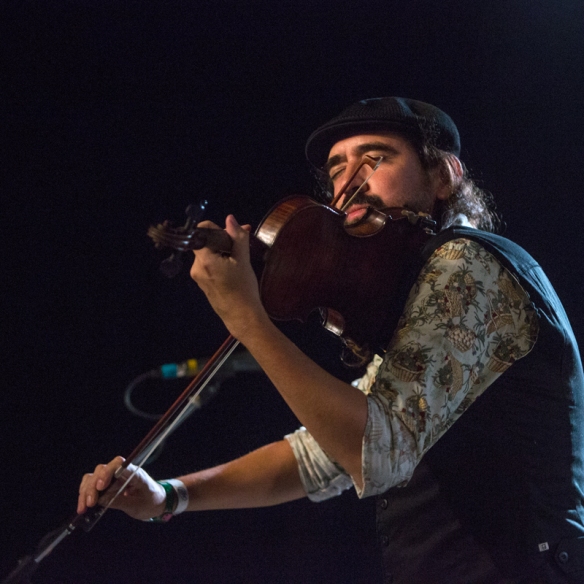 Bajofondo are eight musicians, from Argentina and Uruguay. They started out as Bajofondo Tango Club in 2002, but shortened the name to just Bajofondo in 2008. They have released four CD since 2003, and the fifth is coming out these days. You can read more about the band at All Music, and you can hear their critically acclaimed CD Mar Dulce here. 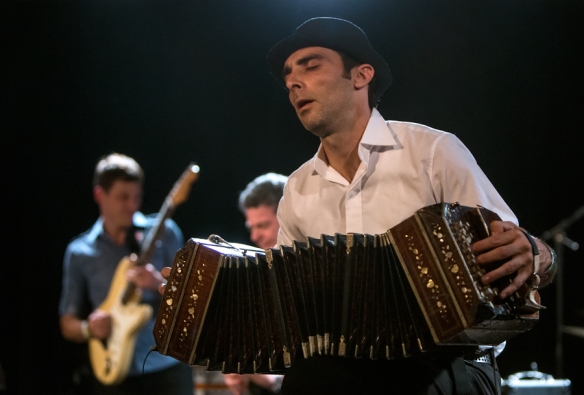 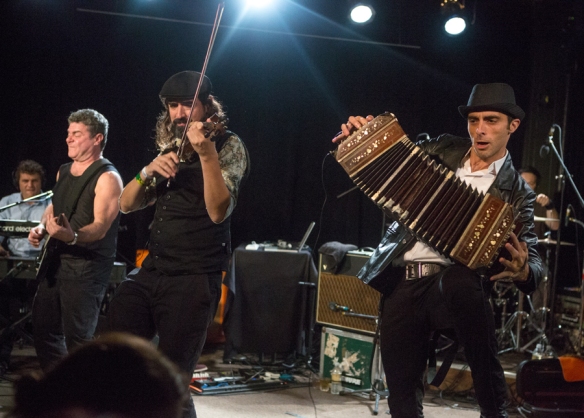