Karpe Diem is the most successful Norwegian hip hop band. The started as a band in 2000, 16 years old. Since then they have won several prizes, sold many CDs and played sold out venues around Norway. Last weekend they were one of the headliners at the Steinkjer Festival.

Chirag Patel and Magdi Abdelmaguid are Karpe Diem. They have managed the feat of giving Norwegian hip hop credibility, also bridging the gap between the hip hop fans and the pop fans with their music. I must also admit that I like many of their songs, even if I am not particularly fond of hip hop.

There are many things I like about Karpe Diem. One thing is that they play with a full band. The other is that their songs mix more straight hip hop with pop format and melody. The third is that they are really likeable persons with deeply felt ideological standpoints.

A Karpe Diem concert is always fun to watch. They attract a mix of people, but also a younger crowd. Their band, which is the band Something Sally plus a DJ is a great band for the two rappers, and they compliment them musically. I like that the band’s guitarist, Thomas Kongshavn, is allowed to be a guitar hero on a couple of their songs, quite unusual in hip hop.

The last time I saw Karpe Diem was at the Oya Festival in Oslo. They headlined the festival and ended the concert with fireworks. At Steinkjer the concert wasn’t as spectacular, but equally good. You can read a review (in Norwegian) at Adressa here. 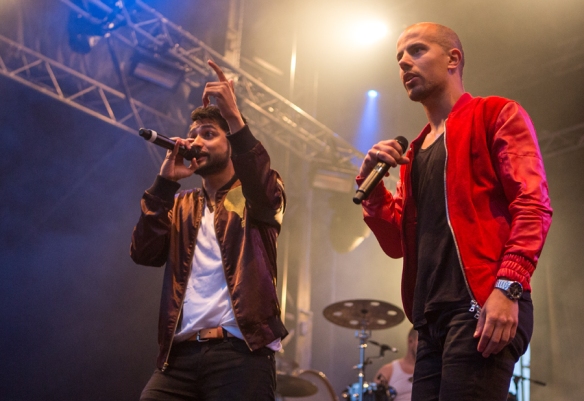 I will see Karpe Diem at least two times more this year, at the Slottsfjell Festival in two weeks time, and at the Pstereo Festival mid August. I will definitely see them at both festivals, they are definitely worth seeing again. 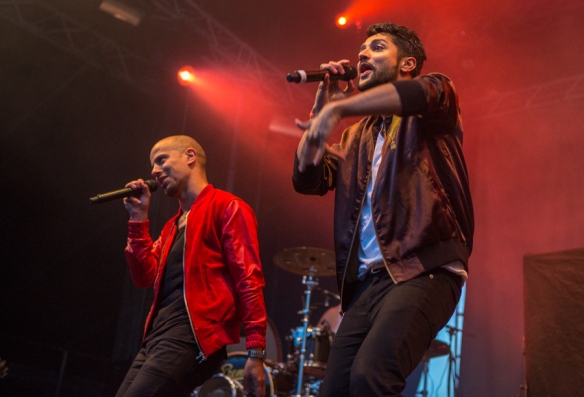