Here are my 15 best concert experiences during 2013. My criteria are both that I like the concert as such, but also the visual part of it and how I was able to photograph them. The concerts are from festivals and venues in Norway, Austin, Tx and Denmark. (Picture above: the audience of Karpe Diem at the Slottsfjell festival)

The first time I saw Biffy Clyro, was in 2010 at the Hove festival outside of Arendal in the southern part of Norway. I thought the concert was ok. Then I saw them twice this year, first at the Bergen Fest, then at Slottsfjell. My favorite of these two was in Bergen. This time I was really impressed by the band’s powerful and charismatic show.

Seasick Steve is kind of an anomaly on the music scene. He is old, he plays on homemade instruments, and his music is mostly blues, but with his personal twist. The interesting thing is that the kids love him, even if many of the younger ones probably have never heard this kind of music before. Steve Wold, as is his real name, is a true and hard working artist who has been around for many years. Luckily for him, he has got some well deserved success the last few years, and his concert at Slottsfjell was proof of this.

I have’t counted how many times I have seen  Kaizers Orchestra the last 12-13 years. The first time they hadn’t got their name yet, but was called Gnome. Since then I have sen them regularly, and have observed how they have become more and more professional. Their songs have become better, and their show, which have been based on the same formula all of the time, has become smoother and with great timing. At the same time they have through all these years managed to avoid that the shows become routine, and they are one of the best live bands in Norway. This fall they have taken a break for an undefined time, and the concert at Slottsfjell was my favorite with them this year.

BigBang are alwys fun to watch live. They are extremely tight, and Oystein Greni is a super charismtic front guy – he is both an excellent guitarist and a great singer. This year they played Oslo Spektrum for 5-6000 people, and they brought some of their friends with them. I saw them at the Notodden Blues festival too, but the Spektrum concert is my favorite this year.

11 Satyricon and the Norwegian Opera Choir

Last year I saw Satyricon perform one song in our opera house with the National Opera Choir. With the band’s powerful and majestic sound, the choir was a perfect partner. In September they did a whole concert with the choir, and it was a victory for the band and the choir.

Carolyn Wonderland has been one of my favourite artists since I saw her the first time around 2000. She is an Austin resident, and has won several awards for her music. Carolyn is an excellent guitarist, singer and songwriter. This year she played at the Hell Blues festival in Norway, and last year she played the Notodden Blues festival. I saw her twice in Austin this year, and the first time at the Continental Club was one of the better concerts I have seen with her and the band.

When I started out playing guitar and playing in a local band in high school, Creedence Clearwater Revival was one of my favorite bands. We played a couple of their songs in the band. This year I get the chance to see Creedence’s singer, and songwriter, John Fogerty live for the first time at the SXSW. Luckily he played – among other songs – a highlight show from the Creedence Clearwater Revival period, and he had full control of the audience. I must admit to getting a soar throat from singing along to his songs. 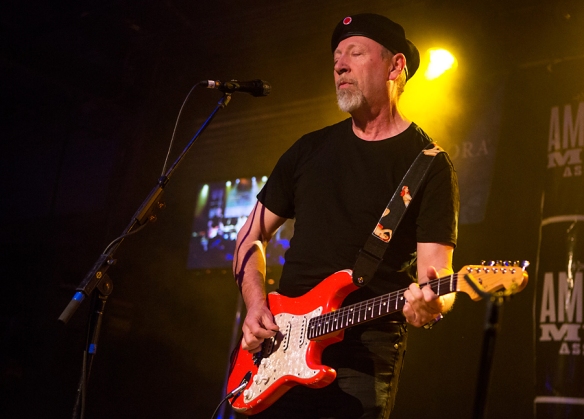 I know of few artists with a more credible and solid song list than Richard Thompson. He has been putting out great songs for 40 years, and is still one of the best. Richard Thompson is also a great guitarist, without being flashy, and his guitar work is always a treat. I saw him at Antone’s during SXSW, and it was the second time I saw him, the first time being sometime in the mid 90’s. 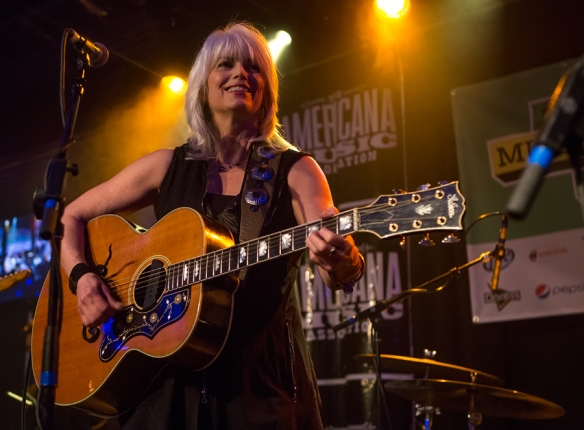 The same night I saw Richard Thompson at the SXSW, Emmylou Harris and Rodney Crowell also played their show. Emmylou is the Queen of Americana, and Rodney Crowell is one of the best songwriters in the same genre. They played together in the 70’s, and now they have made a CD together, plus they have done a tour. I have seen both of them play with their own bands, but together we got that extra magic.

Bruce Springsteen has played in Norway many times, and Little Steven has almost been adopted by us tghrough his TV series Lilyhammer. Because of the TV series, Litle Steven didn’t participate on most of Bruce Springsteen’s tour this year, but at the show in Oslo in April, he was back with the band. The added energy of his return made this concert a very good one.

Besides Kaizers Orchestra, Karpe Diem have been the most successful Norwegian band this year. The hip hop duo have had success with their Norwegian lyrics and their stage show. They have played many festivals, and also filled Oslo Spektrum to capacity. In March they played at the SXSW, and they also did a charming acoustic concert at Leeann Atherton’s Barn Dance the same week. Of the concerts I have seen with them in 2013, the one at Pstereo is my favorite. 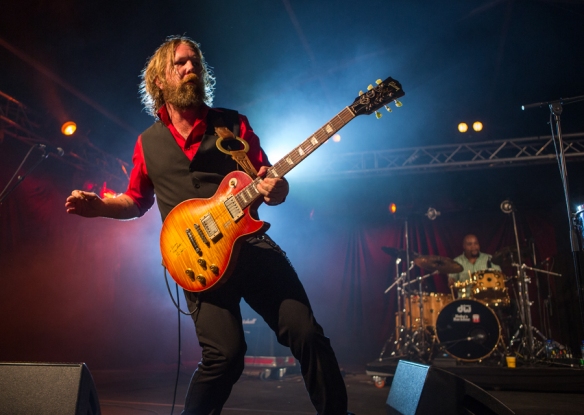 Every year I get to see a few bands I haven’t seen before, and often bands I haven’t even heard about. Royal Southern Brotherhood is one of these, even if I have seen two of the members, Devon Allman and Cyril Neville before. The third member, Mike Zito was definitely new to me. The band is a real supergroup, and I was amazed when I saw them Friday night at the Notodden Blues festival. I saw them the day after, and I hade o see them when they played at John Dee in November. The band combines southern rock with some rally nice New Orleans influences, and both Allman and Zito are acomplished guitarist. With a super tight and dynamic rhythm section, all three gigs were some of my definite favorite concerts this year.

Thomas Dybdahl has been an audience favorite in Norway for many years already, and this fall he has released a new CD, What’s Left Is Forever, followed by a Norwegian tour. I attended the concert in Oslo, and it was pure Dybdahl magic with a mix of his new songs and the best of his older ones. Thomas Dybdahl has always gone his own way and has had commercial success without having to compromise on his own art. His new CD follows up where he left off on his last one, Waiting For That One Clear Moment (2010), and his band was fresh and played with that great dynamic variety that his music craves.

Bajofondo is another band that I didn’t know anything about before I heard them at the last night of SXSW in March. I went there with my son who knew about them, and we got a concert with that weird, but potent mix of traditional tango music and electronica, a style that is called Electrotango. To me this concert was the perfect way to end SXSW, and the surprise from their energetic live show made it my second best concert this year.

The top spot on the list of my favorite concerts in 2013 is occupied by the Hedvig Mollestad Trio. I have seen them at three concerts before I saw them play a late show after the last night of the Pstereo festival in Trondheim. The small venue was packed, and the band made it a perfect night. Hedvig Mollestad is a really accomplished guitarist, playing jazz with a Jimi Hendrix feel, or vice versa. Her musicians, Ellen Brekken on stand up and electric bass, and Ivar Loe Bjornstad on drums are extremely tight, and they follow Hedvig in her often rhythmically complex songs. I am already looking forward to the next time I can se the band, at least I will get a chance when they play at the SXSW in March.