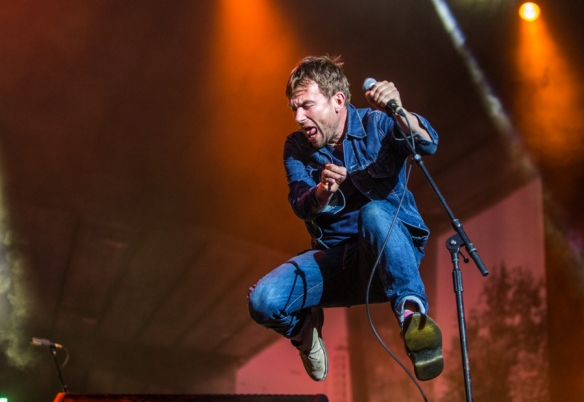 The two big brit pop bands in the mid 90’s were Oasis and Blur. Suede and Pulp were also there, but didn’t reach the same level as the other two bands. I saw Oasis at the ACL festival in 2005 and wasn’t impressed. Yesterday Blur played at the Oya Festival in Oslo, headlining the big stage, and I saw a vital and well played band. 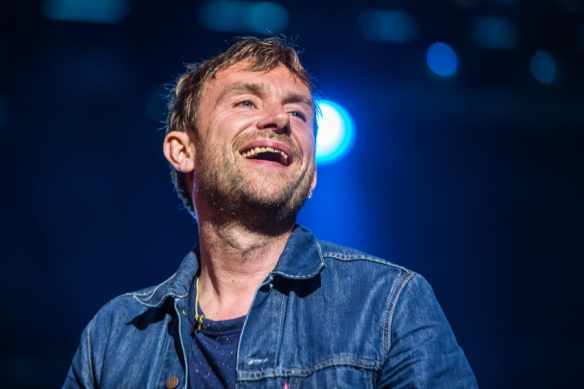 Blur has always been mostly about singer Damon Albarn, just like Oasis were the two Gallagher brothers. The band had some great hits in the 90’s, like Country House, Song-2 and Beetlebum. And five of their seven studio albums went number one in the UK.

I saw the first part of the concert at Oya, and the band was well played, not sounding like a has-been band at all. Damon Albarn was at his arrogant best, and had an annoying habit of at irregular intervals splashing water on the audience (and the photographers). But his singing was great, and he also has some great poses, so it was good visually too.

Here is a review of the concert (in Norwegian), from NRK’s critic Marius Asp 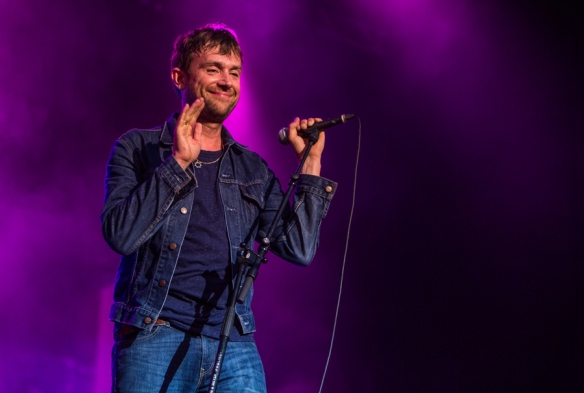 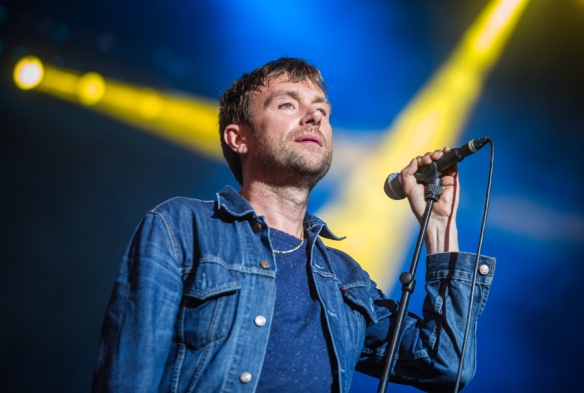 1 thought on “Blur – Brit Pop At The Oya Festival”