Steve Cropper is 72 years old today, October 21st. He has been active as a musician, songwriter and producer for more than 50 years, and he is still touring as a member of the Blues Brothers Band. Some may know him from his time with Booker T and the MG’s, some will have seen him in the Blues Brothers movies, and some may know the songs he has written or co-written, Knock On Wood, In The Midnight Hour and (Sittin’ On The) Dock Of The Bay.

Steve Cropper with the MGs at Antones in Austin, Tx

Steve Cropper is a living musical legend, starting his career as a musician in the band the Mar-Keys in the late 50’s. His family had moved to Memphis when he was 9, and he the Mar-Keys got the attention of the had of Stax around the time when they got their first hit, Last Night, in 1961. He got the job as the A&R manager at Stax, a position he held for almost 10 years. 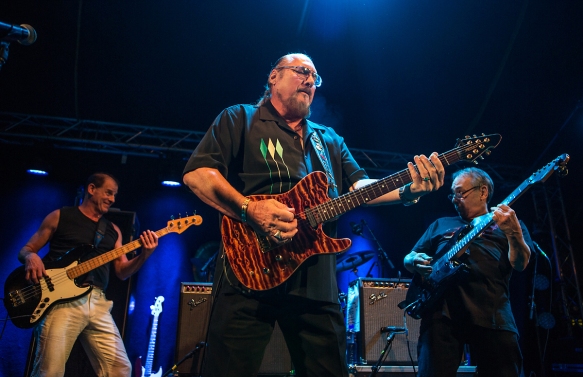 Steve Cropper with The Blues Brothers Band at Hell in 2012

These ten years also marked the uprising and popularity of soul music, and The Colonel, as Cropper is called, wrote songs, played in the Stax house band, Booker T & The MGs, and produced the company’s artists. Otis Redding, Eddie Floyd, Sam and Dave, Wilson Pickett were some of the best known of his artists from this time. What characterizes all of them, is the energy, the tight playing, and the hard, but also organic sound, much thanks to Cropper.

As a songwriter he won a Grammy for (SIttin’ On The) Dock Of The Bay in 1968, and he also wrote (I’m A) Soul Man for Sam And Dave, which was also featured in the first Blues Brothers movie in 1980. In 1992 he was inducted into the Rock And Roll Hall Of Fame, and in 1996 Mojo named him the greatest living guitar player.

In later years Steve Cropper has fronted the Blues Brothers Band, and he is still active touring with this band and playing with Booker T. I was so lucky to see him with Booker T and the MGs at Antone’s in Austin in 2007, backing artists like Eddie Floyd, Isaac Hayes, and William Bell. That concert is high on my best concert list. I saw him again last year with the Blues Brothers Band at the Hell Blues Festival, and that too was a memorable evening.

There are few people who have meant more and contributed mote to the development of pop music than Steve Cropper. If you listen to the “new” soul from the Daptone artists, Amy Winehouse, Sharon Jones and Charles Bradley, you can hear where they are coming from. And his playing, always on the Telecaster, is worth a study. Never to be the one who runs away on long solos. Steve Cropper has a distinct and effective style, filling out with licks and riffs, never too much, never too little. 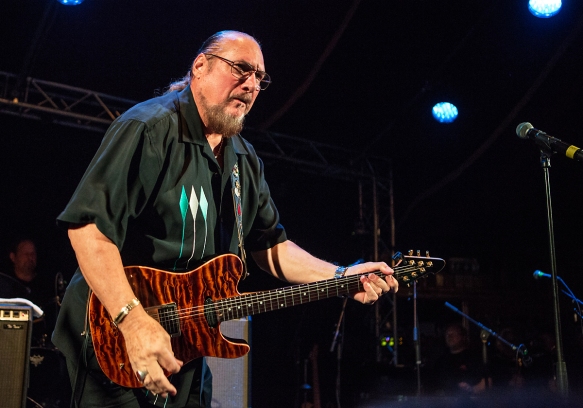