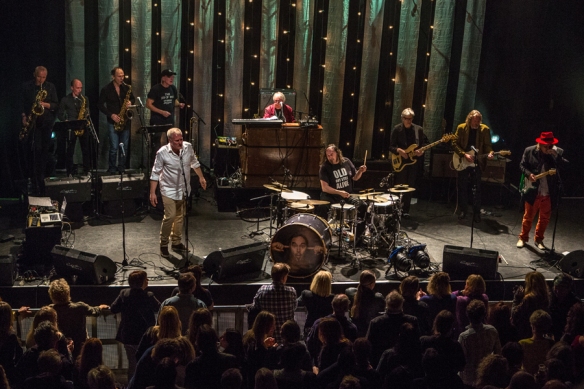 In the mid 80’s Heavy Gentlemen were one of Norway’s leading live bands. Their members were from the elite of Norway’s rock, funk and blues musicians, and together they presented a funky and potent mix. The band played mostly in Oslo, but never released a CD as a band. The different members were however active in many other bands and together they represent more recordings than they can count. Yesterday night they reunited together with some friends at Rockefeller in Oslo to celebrate drummer Paolo Vinaccia’s 60 year birthday.

Paolo Vinaccia is Italian, but came to Norway in 1979, and has lived here since then. He started playing drums with Norwegian musicians, and has never stopped. He has played in countless bands and band constellations, Heavy Gentlemen being just one of them. He has also played on countless recordings, somewhere between 100 and 200 all in all.

Among the artists Paolo Vinaccia has played with, are Terje Rypdal, Arild Andersen, Anne Grete Preus, Jonas Fjeld, Bendik Hofseth, Kenneth Sivertsen, Hilde Heltberg, Knut Reiersrud, Tommy Smith and numerous others. He has also produced a number of CDs. What differentiates him from many other musicians, is that he is equally at home in jazz as in pop, rock, etc. Paolo Vinaccia is a true crossover musician.

Heavy Gentlemen is a band from the 80’s live scene in Oslo. They were kind of a counter culture band in the prevalent neon colored music culture from that decade. The musicians in the band are all seasoned musicians, having played in their own bands, and as session musicians. The members are Jorund Bogeberg on bass, Knut Reiersrud and Ivar Vereide on guitar, Geir Wentzel on organ and trumpet, Carsten Loly on vocals, Petter Vettre on bariton sax, nwe member Frode Nymo on alto sax, Bendik Hofseth on tenor sax and Torbjorn Sunde on trombone.

The concert last night started with rapper Skranglebein who performed a tribute rap to Paolo. After him, Jonas Fjeld and his former band compadre Bent Bredesen came on stage for two songs with him. Next out was guitarist Eivind Aarseth, Audun Erlien on bass and Staale Storlokken, before Anne Grete Preus entered the stage for Ro meg over. Bendik Hofseth played one of his songs that he recorded with Paolo and Bugge Wesseltoft, before the rest of the Heavy Gentlemen entered the stage. 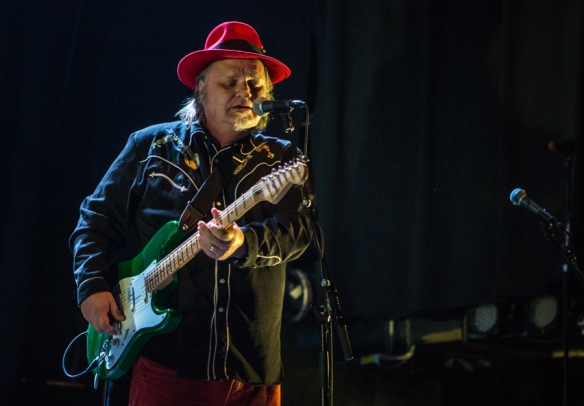 What made the concert a happening to remember, is that the Heavy Gentlemen were a band were the aim was just as much for the musicians to have fun as to play good music. And with musicians like them, that was a potent mix. They played gigs at Smuget and other  venues when the members had free nights from their other bands and projects. Yesterday night’s concert felt like they never took a break, and that it isn’t 25 years since they played together as a band. 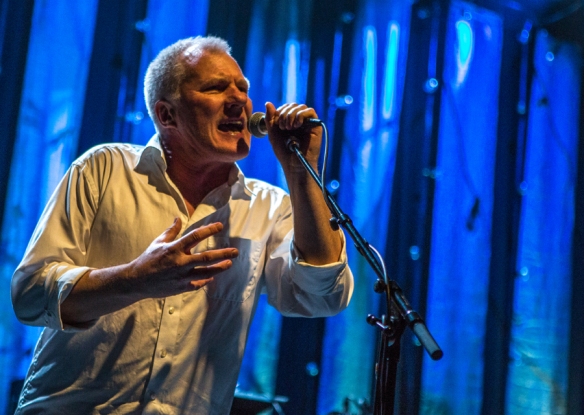 I go to many concerts and festivals every year, and usually most of the audience are in the 20-30 age bracket. Last night Heavy Gentlemen and Paolo Vinaccia’s fans had come out, and Rockefeller was packed with people from around 60 and down. What I also liked was that everyone was smiling and happy, probably remembering the nights at Smuget some 25-30 years ago. I am very happy to be a part of that group. 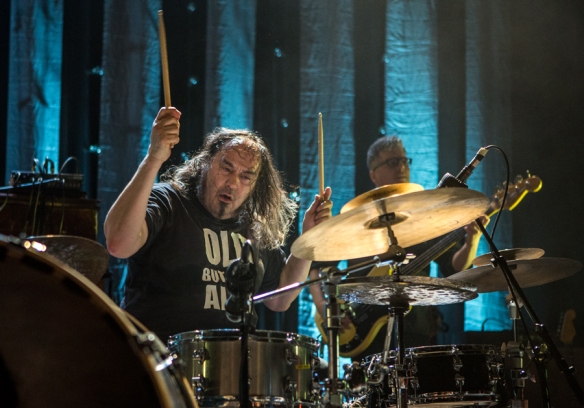 Carsten Loly and the horns 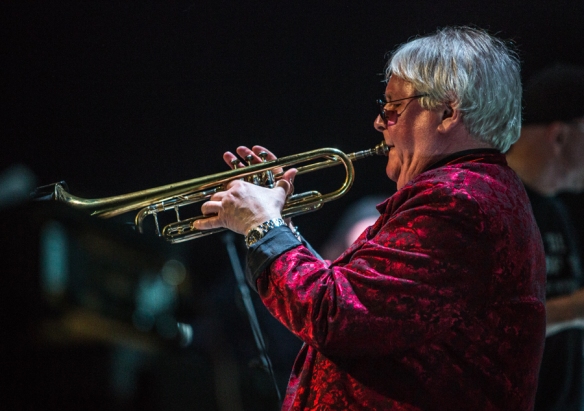 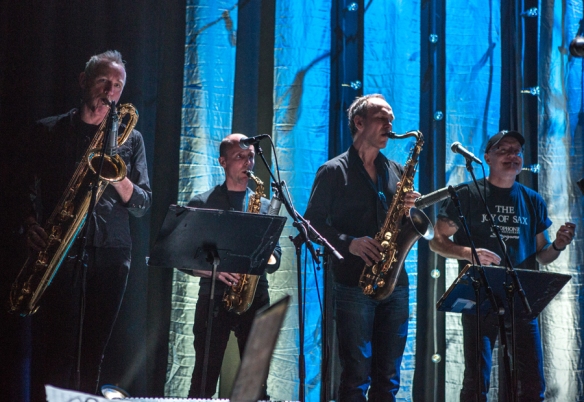 2 thoughts on “Heavy Gentlemen, Just As Heavy As 30 Years Ago”