Hugh Laurie should be a well known name for many who watch TV, and who doesn’t? He is Dr. House, one of the best paid actors in the TV world. But many of us remember him from the Black Adder series, where he played the airhead who was manipulated by the evil Rowan Atkinson, aka The Black Adder. What many didn’t know, is that Hugh Laurie is an accomplished blues musician and singer, and on Friday he played at Brygga, the outdoor venue at the Notodden Blues Festival.

As a musician, Hugh Laurie is heavily influenced by New Orleans music, and he has some good friends who help him out. Personally I like both his albums, Let Them Talk from 2011 and Didn’t It Rain from 2013. His musical friends are Joe Henry, AllenToussaint, Dr. John, Irma Thomas and many others. the Two albums are well worth listening to.

At Notodden he played with the Copper Bottom Band, and they gave the concert that extra New Orleans sound that fits well with Hugh Laurie’s style. His piano playing is very good, his singing is good, but with a slightly narrow repertoire. On stage his acting background is obvious in the way he talks to the audience and also the way he delivers his songs. The critiques were divided after the concert, personally I like his albums, and it was fun to see him live. 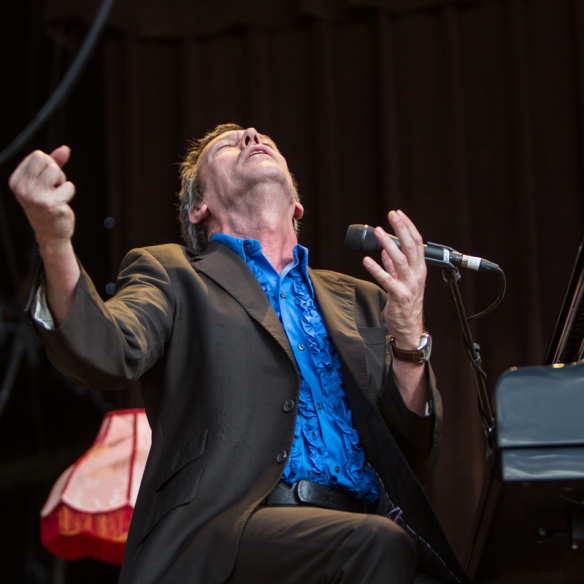