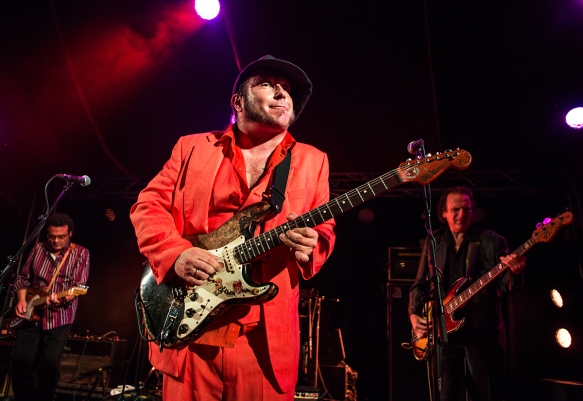 The Notodden Blues Festival is starting next week. This will be the 27th festival, and it has established itself as the largest blues festival in Scandinavia, and also one of the largest ones in Europe. In 2012 Notodden was named a part of the Mississippi Blues Trail as the only place outside of the USA. Here are some thoughts about the artists, plus some pictures of the highlights from last year. (Picture above: Vidar Busk and His True Believers)

Last year had Van Morrison, Tedeschi Trucks as headliners, together with John Mayall, Eric Burdon, Beth Hart and many others. Because of my yearly duty as head of the jury for the Union Blues Band competition, I missed the daytime concert with Tedeschi Trucks and Eric Burdon. But I saw most of the others.

Van Morrison held his concert outdoors, at Brygga, the area down by the lake at Notodden. He has a rumour of being up and down – some times he is happy and gives great concerts, other times his grumpiness dominates, and the concert can be so and so. Last year at Notodden he was in good spirits, and his concert in the sun was one to remember.

John Mayall turned 80 last fall, and feel it was obvious last year that he is past his prime as a live artist. I have seen him three times the last 17-18 years. The best one was ten years ago at Notodden when he was 70, and played a vital and artistically interesting concert. Last year he was good, but not much more than that. John Mayall is one of the legends of modern blues, and I will always remember him for that.

The positive surprise for many of us last year, was the two concerts with Royal Southern Brotherhood. This is southern rock at its best, and the band also visited Oslo again in November. This year they are back again, first in a concert together with Delbert McClinton. Then they will do a concert alone, and also a Rolling Stones tribute, Exile on Royal Street, with Reidar Larsen and Pristine. I will definitely see Royal Southern Brotherhood more than once also this year.

Delbert McClinton at Blues In Hell 2009

This year’s headliners are, as already mentioned, Delbert McClinton, who stepped in when Gregg Allmann had to cancel. The other headliners are Hugh Laurie with The Copper Bottom Band, and Rosanne Cash.

I have never seen Rosanne Cash live, but I met her briefly in 2003 when NRK P1 was involved in making a Johnny Cash Tribute CD, We Walk The Line at a Norwegian prison. Her latest album, The RIver & The Thread is certainly a good reason to see her at Notodden. 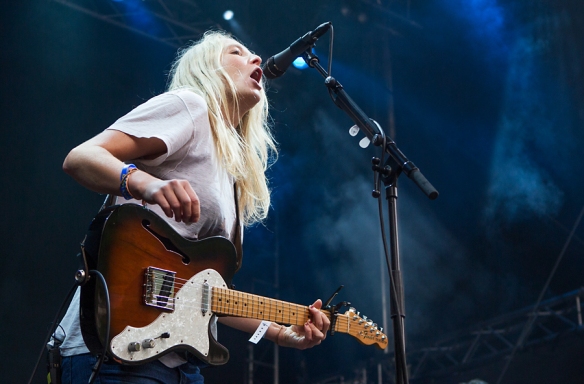 There are many other artists worth seeing this year, but I will point out some of them. If you like straight rock, you should check out Lissie. She has become a regular visitor at Norwegian festivals the last years, but she is capable of playing some really good concerts. 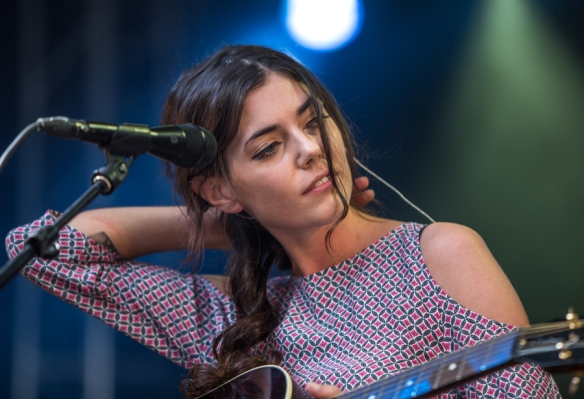 Monica Heldal is Norway’s maybe most interesting up and coming artist in the loosely defined Americana style. Her playing is exquisite, and with her band she has got a fuller sound than as a solo artist.

Alexander Pettersen from The South

The South is another band to look out for. They are the Norwegian band who are closest to take up the heritage after Grateful Dead. Good songwriting, good musicians, and a genuine feel for the anatomy of southern rock.

Keb Mo is a veteran whom I first saw fourteen years ago at Notodden. His style is traditional Mississippi blues, and he is one of today’s blues artists who are most true to the roots. When I saw him, he played solo, and I don’t know if his concert this year is solo or with a band. 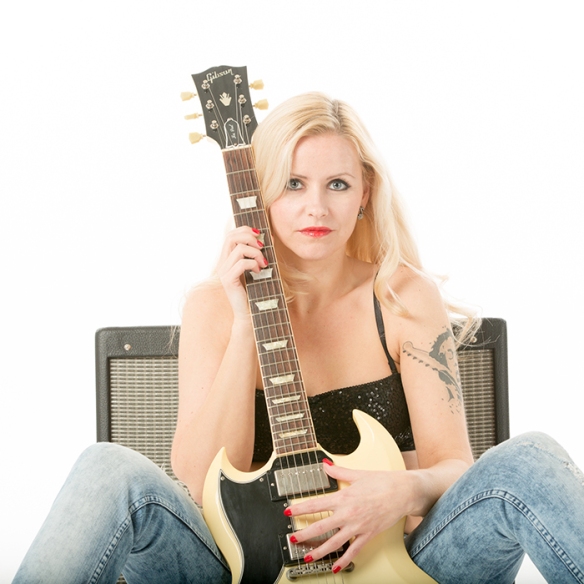 I am looking forward to seeing Ruf’s Blues Caravan 2914 with the Norwegian guitarist Christina Skjølberg plus Albert Castilla and Laurence Jones. I have heard much good about Christina’s playing and will try to see the concert.

Rival Sons have beome live favorites at the festivals they have played in Norway the last year. I saw them at the Bergen fest festival last year, and I liked their playing, although I felt they were just a little too much of a copy of Led Zeppelin. But I am sure they will deliver a good concert.

Of all the other artists playing at the festival, I will try to see Hellbilies, since they are always great live. Rita Engedalen and Backbone are a safe bet for a good concert, and Vidar Busk & His True Believers plus Reidar Larsen and The Storytellers are veterans at the Norwegian blues scene who always give 100%. I will also check out Grainne Duffy, whom I know nothing about. I might get a positive surprise.