The last time I saw Queens Of The Stone Age, or QOTSA for short, was at the Norwegian Wood festival in Oslo in 2008. That time Josh Homme was sick with food poisoning, but they still delivered a very good concert. Yesterday QOTSA headlined the opening day at the Øya festival in Oslo, and the band showed that they are still the kings of stoner rock.

Queens Of The Stone Age were formed by Josh Homme in 1996, after his former band, Kyuss broke up. Their first self-titled CD was released in 1998, and since then they have released five CDs, the latest one, “…. Like Clockwork” in 2013.

Through the concert at Øya, QOTSA presented songs from the whole period they have existed, and the audience were singing along already from their first song, Feel Good Hit Of The Summer. They played for one and a half hour, and you can see the setlist here. 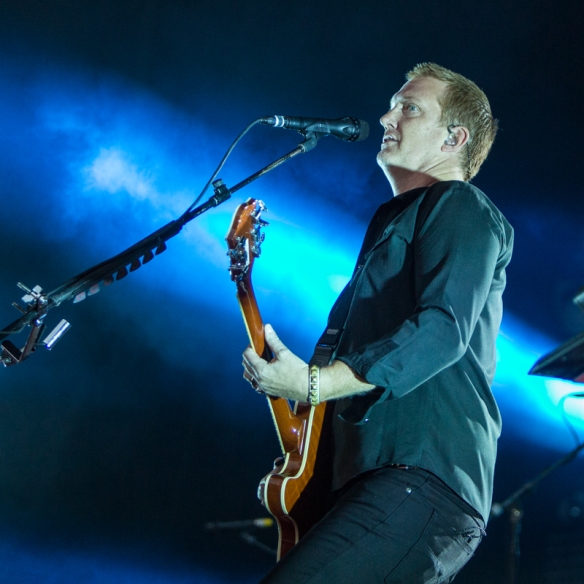 All pictures are © Per Ole Hagen and must not be used without written approval.