Blues In Hell is a Norwegian blues festival that has a long history. It started as a hotel festival, then it became a Music Fest, with artists like Snoop Dogg, Dimmu Borgir, Turbonegro and Bob Geldoff. After the Music fest went bankrupt, the Blues in Hell Festival came “back” to Hell Station as an outdoor tent festival with the Magic Mirror as an important ingredient. 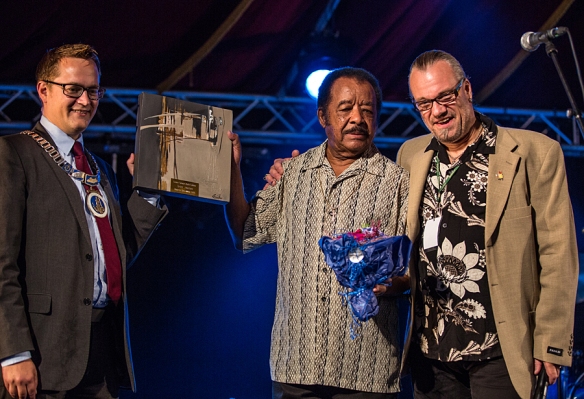 I have been to all three of these incarnation several times, and Friday I visited Hell again. The name Hell means something very different in Norwegian than in English, as I have explained before. In 2010 the festival was voted the second best small festival in Europe, and it lives up to this honor every year.

This year’s headliners were Leon Russel, plus Mighty Sam McClain & Knut Reiersrud, plus Chris Farlowe. Besides these artists, many others entered the two tent stages, which includes an acoustic tent besides the Magic Mirror. 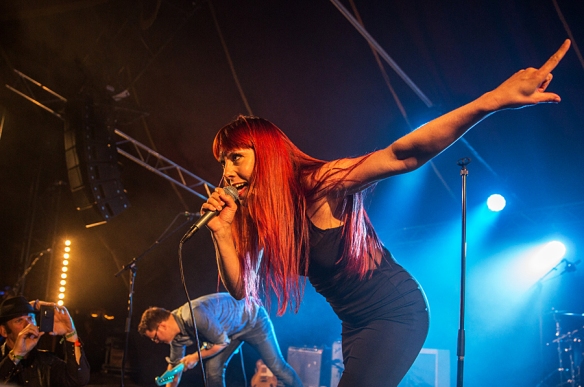 The great thing about festivals like the Blues In Hell, is that you get to hear many artists that you don’t see at the big festivals. The big headliners are in a way quite obvious, but some of my best experiences have been with artists I didn’t know anything about. Unfortunately I was engaged at another festival on Blues In Hell’s second day, so I didn’t get to see Mighty Sam McLain and Leon Russel. But Friday night gave me that good feeling of having seen some old favorites, plus some unexpected and new favorites.

Jimmy Johnson was awarded as this year’s Governor Of Hell, and I can’t remember having seen and heard a more vital 85 years old. He gave a concert that showed he still has got it, both in his voice and his playing. 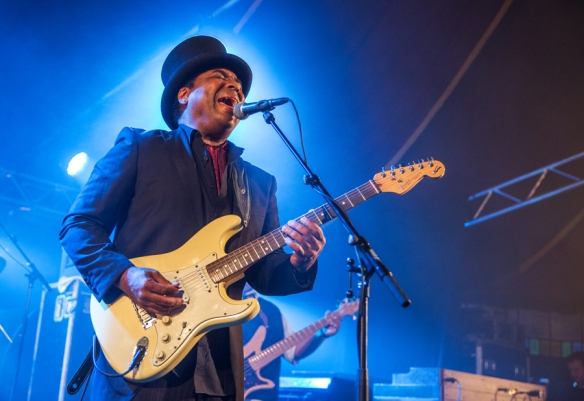 Chris Thomas King is equally known as a blues artist and as an actor. Maybe his best know riole is in the fantastic movie by the Coen Brothers, O Brother, Where Art Thou? from 2000. He visited Notodden in 2003, and I remember him as a solid singer and guitarist At Hell he had brought his trio, with one of the better bass players I have heard in a while. 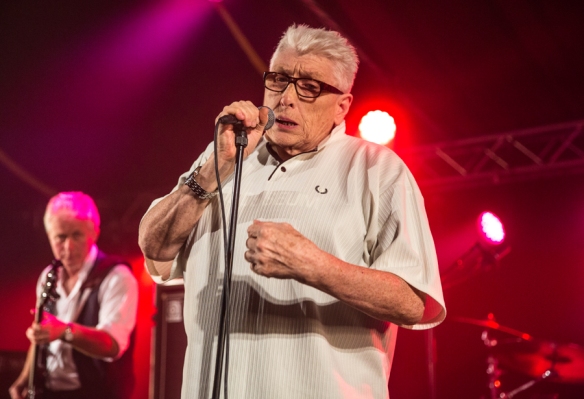 Another of the older generation was Chris Farlowe. I saw him at Hell in 2000, and this year, at almost 74, he still has that phenomenal voice that I remember from Out Of Time from 1965. With the Norman Beaker Band he played a solid concert with some newer material, plus Stormy Monday Blues and of course, Out Of TIme.

Never The Bride were a new band for me. They aren’t exactly a blues band, but they have a lot of blues at the basis of their songs. The band has existed since 1991 and the nucleus of the band are Nikki Lamborn and  Catherine “Been” Feeney. Nikki is the main singer, while Catherine plays keyboard, guitar, and she also sings. Their energy and great songs was a pleasant surprise for me, and I definitely want to see them more at another occasion. Thanks to the festival for presenting them. 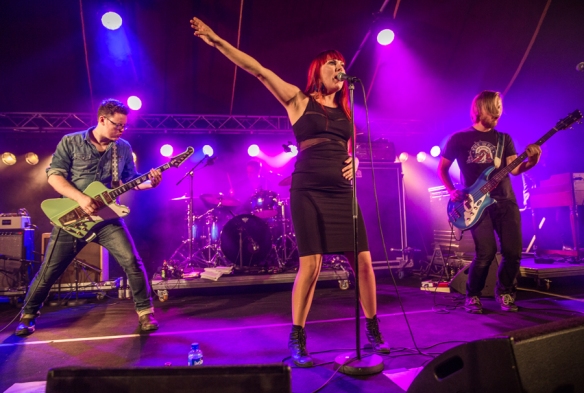 Pristine is a Norwegian blues rock band that won the Norwegian blues challenge in 2010, and came to the semi finals in the International Blues Challenge in Memphis in 2012. The singer of Pristine is Heidi Solheim, and this summer she sang with Delbert McClinton at the Notodden Blues Festival.

Among the other concerts I saw, were Davina & The Vagabonds, who also played last year. Also an interesting combination of piano man Reidar Larsen and local old time rocker Terje Tysland. They had never played together before, but the cooperation was definitely successful, and the tent was filled to capacity.

Blues in Hell is one of my favorite festivals of all genres in Norway. It is well organized, the staff is friendly, the artists are high quality, and they present artist I didn’t know before, plus better known ones. I also get to meet the Norwegian blues family there. The festival is well worth a visit.