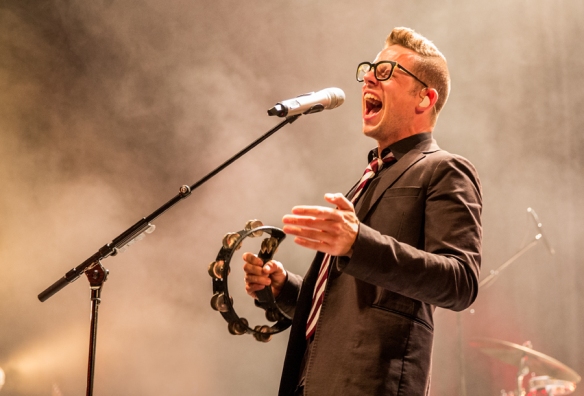 Jarle Bernhoft is one of Norway’s best musical performers, and definitely our most versatile male singer in the loosely defined pop jazz soul styles. He has played in bands in all these styles during his almost 20 year career, and has excelled in all of them. His last three studio albums, the first of these from 2008, have been dedicated to modern soul. They have also given him both well earned commercial and artistic success. These days he is on a tour with his band, and last night he played at Sentrum Scene in Oslo.

The first time I saw Jarle Bernhoft was in Denmark, at the Spot festival some 10 years ago. He played with his band Span, and next time I saw him, was in January 2005. That was a really sad occasion, the memorial for Sigurd Køhn who died during the tsunami in Thailand. Jarle Bernhoft sang in the Køhn/Johansen Sextet, a funky jazz band, and this was the first time I heard him sing jazz. 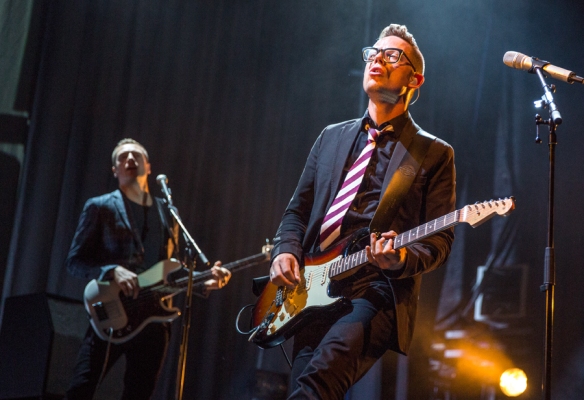 Next time I saw him was in Netjerland, at the Eurosonic Festival in Groningen where he played alone with his loop pedals. I remember the audience broke into spontaneous applause during one of the songs where he played the whole band and harmonized with himself through his loop pedals. Since then I have seen him with his band a couple of times and also alone. I am always impressed with his efforts alone, but personally I like him better with his band. There he can lean back and know that they will do their job. 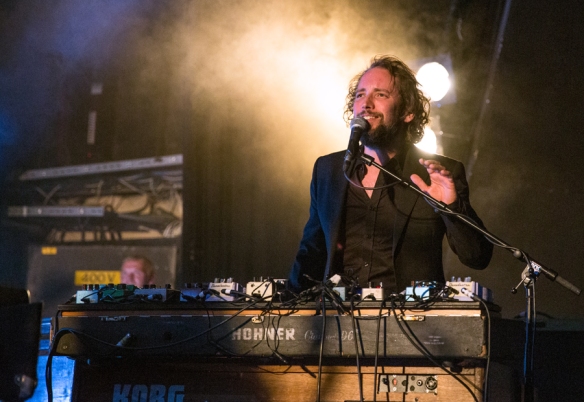 Last night his band were Hedvig Mollestad on guitar, David Wallumrød on keyboard, Vemund Stavnes on bass and Fredrik Wallumrød on drums. For Bernhoft’s music, they are perfect. Lots of jazz feeling and timing, and great instrumentalists all of them. Hedvig Mollestad is one of my favorite guitarists with her own trio, and it is fun watching her in this setting instead of as the front lady.

Since I saw the first four songs and not the whole concert, it is hard to make a thorough review of it, but Tom Skjeklesæther did one of their concert in Halden a few days ago (in Norwegian, but try Google Translate for an approximate translation). What I saw was refreshing, Bernhoft is a true professional who gives the audience his best every time. He started with Streetlights from Ceramik City Chronicles and also did Come Around With Me from his latest album, Islander before I had to leave. 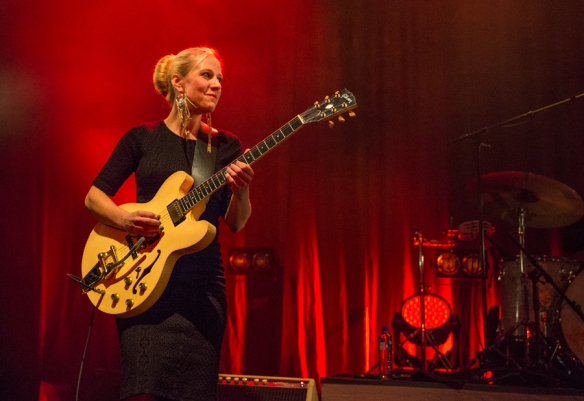