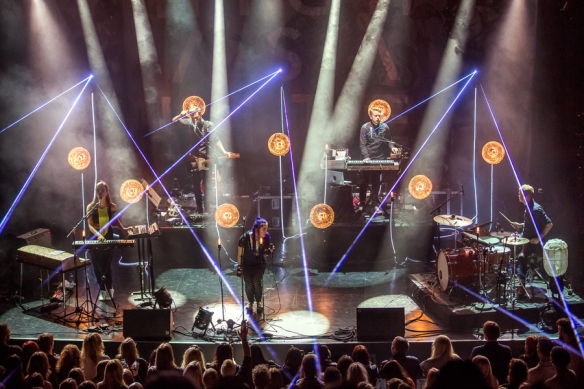 Highasakite have in a little more than two years become one of the most exciting Norwegian bands, both on record and live. Their album Silent Treatment from last year won them two awards in the Norwegian Grammy (Spellemannprisen) in January. They have also got deservedly rave reviews for their live shows. Last night they played a sold out show at Sentrum Scene, and tonight they are playing another, also this one totally sold out. 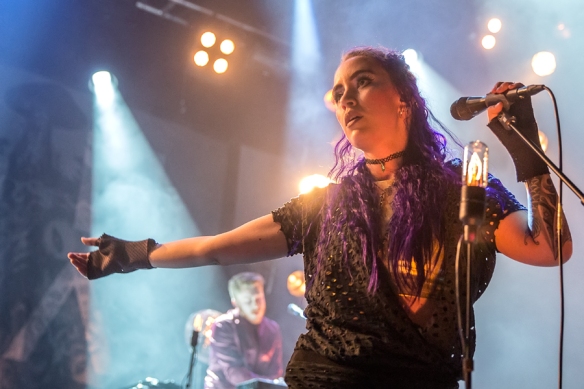 On earlier shows I have seen, Highasakite opened their show with the first song on Silent Treatment – “Lover, Where Do You Live?”. Last night they closed the show with this song, and opened with a new song that hasn’t got a title yet. But I am looking forward to hearing it more, it sounded good, and has great promises. From there they got into safe territory with Hiroshima, one of my favorite Highasakite songs. All in all the band presented four new songs together with the best ones from Silent Treatment and from their 2012 album All That Floats Will Rain. 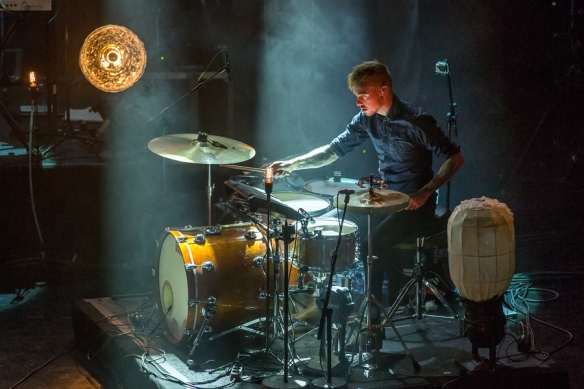 On stage the visual center of the band is first and foremost singer Ingrid Helene Håvik. The first times I saw the band, she looked a bit shy and introvert, but with more experience she has turned into an intriguing performer. She still seems introvert, but it works great on stage, and it fits the music perfectly. The rest of the band, with drummer Trond Bersu on drums, Marte Eberson and Øystein Skar on keyboards, and Kristoffer Lo on flugabone and guitars, are tight and highly dynamic.

One of the best things about a Highasakite concert is the cooperation between the band and their light designer, Ingrid Skanke Hosøien. The light follows the music and complements it. It is quite challenging for photography, with the mix of warm light bulbs, LED and lots of backlight, but it is spectacular and, most important, it distinguishes the band from other bands. HIghasakite live is still one of my favorites. 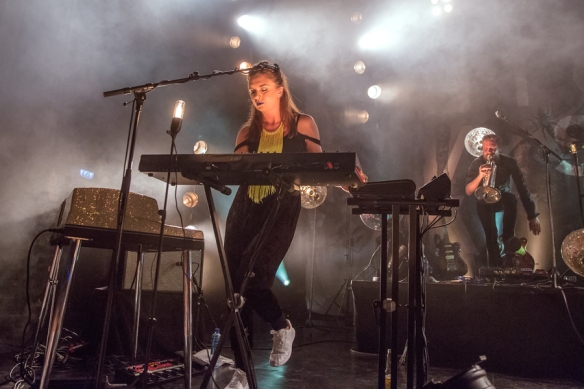 The concert last night was totally sold out, with around 1700 fans present. With a sold out house tonight, too, they have played for about 3.500 people in two days. May 4th they start a tour in Canada and US as support for Of Monsters And Men, playing Toronto, Washington DC, New York, Boston, Chicago and Providence RI. All shows are sold out, but if you are one of the lucky ones with a ticket, you have a treat to look forward to. 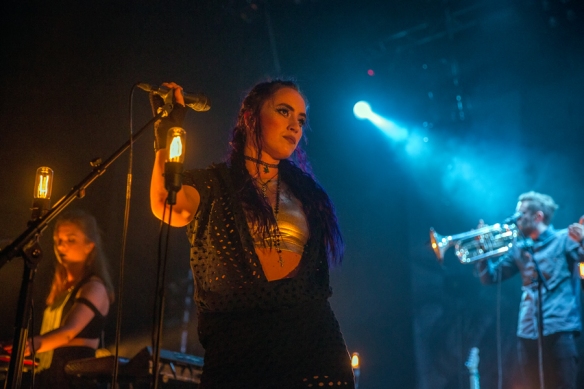 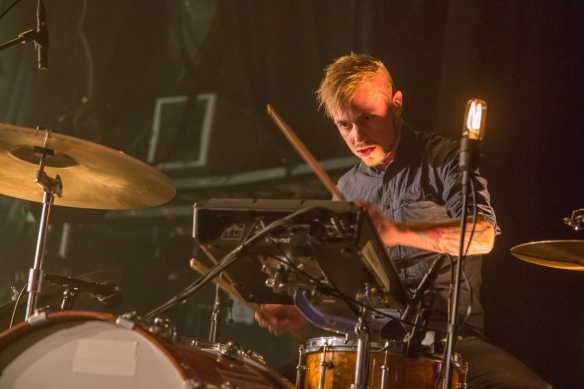 All photos are © Per Ole Hagen, and must not be used without written permission.

1 thought on “Highasakite With New Songs”