Tons of Rock is going on for three days, and the first day is over. Except for the pouring rain, it was a grand opening, with Opeth as the headliner on the biggest stage and Testament on the second. With Alcest earlier and Bombers as the closing act in the big tent, it was a perfect way to start the festival.

This year’s edition of Tons of Rock is the second, having started last year. The venue is the Fredriksten Festning in Halden, Norway, the same place where the Swedish king Karl XII was killed in 1718. The surroundings are perfect for a festival like this, combining hard rock with a wide variety of metal rock. Unfortunately for the organizers, the weather wasn’t on their side Thursday. It poured down most of the night, but the fans persevered in spite of this. 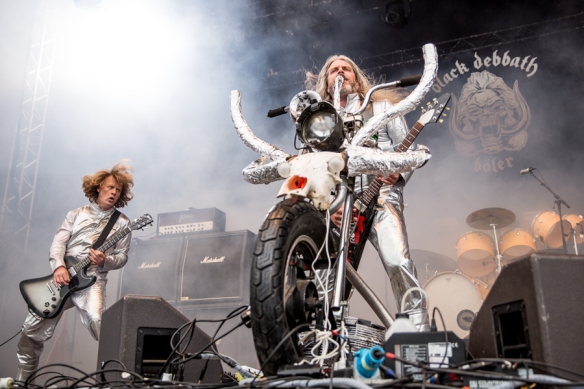 Black Debbath opened the festival with their newest show on the main stage, Fort West. They are agents from outer space coming to the earth to check out if there is life on this planet. Asking the audience if there is life, results in a unison “Yes” from the fans, and the follow up “Is there intelligent life here” is answered with a loud “No”. Black Debbath is a comedy band, with highly amusing titles and lyrics, but they are dead serious musicians, which makes their concerts worth seeing.

Next out was Ihsahn, the former guitarist and singer of Emperor on the second stage, Fort East. Ihsahn has been playing solo for some years now, and his music is based on black metal, but has evolved into a mix of metal and prog rock. I like his show, and the sound. Lots of intricate instrumental parts, a very tight and precise band, and he uses dynamics in a way that is seldom heard in the pure metal categories. 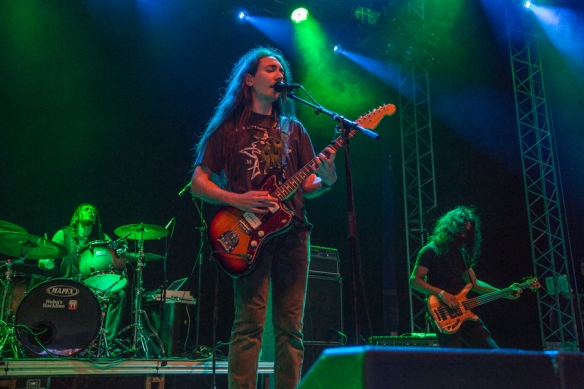 After Ihsahn I went down to see some of Alcest’s show on the tent stage. I haven’t seen them before, but it was ok. Not my favorite band this night, but seriously good, and many in the audience had ben looking forward to their show. Alcest is French, more or less Neige’s solo project, and the style is somewhat compacted to pinpoint, with lyrics from the same kind of universe as Peter Pan’s Never Land, or Fairy Land, as they call it. 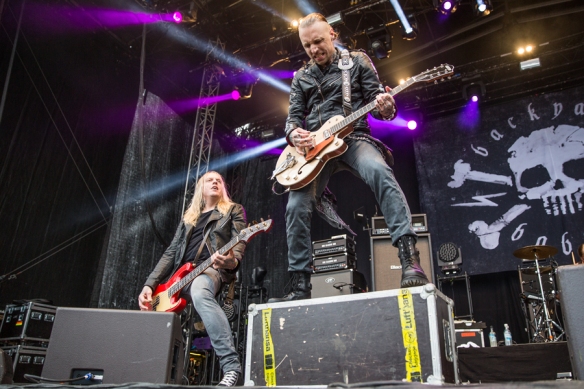 Back to the Fort West and Backyard Babies from Sweden. They are a no frills rock/glam rock/punk band with a “punky” live show. Straight on rock, tight band, and lots of jumping around. Sometimes, or actually very often, I need bands like this, where you don’t have to listen for deeper meanings, you just go with it. This was my first Backyard Babies concert, it will not be my last. 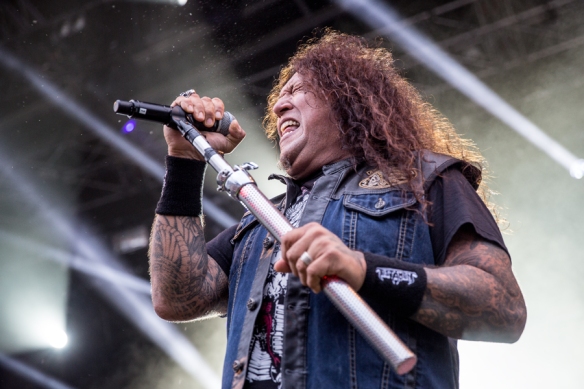 The last band on Fort East Thursday night was Testament. They are one of the veterans of the American trash metal scene, having played together since 1983. Their founder, Eric Peterson, is still with the band, together with singer Chuck Biilly who joined Testament in 1986. Their show is tight, and their other guitarist, Alex Skolnick is a highly virtuoso guitarist, heightening their songs with his solos. 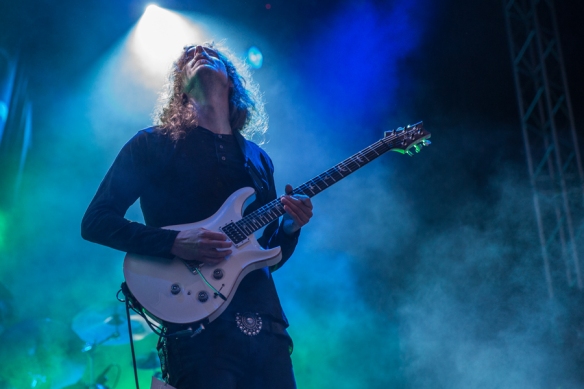 The headliner on Fort West this night was Opeth, one of the best known Swedish metal bands. They have moved musically from death metal to prog rock, going more and more away from their metal roots. As a band they are deadly precise, with lengthy compositions where dynamics and rhythm constantly change. I have noticed that the fans are split in their opinion about the musical direction, but if you like prog rock, Opeth is one of the best acts these days.

I closed the evening in the tent with Bömbers from Bergen, Norway. They are a Mötorhead  tribute band with ex Immortal boss Abbath as Lemmy on bass. Musically the band is highly competent and fun, and it is interesting to see Abbath play the Rickenbacker bass just like Lemmy, but without the hat. Again a band with no deeper meaning, just pure fun, and as a closing act for the first day of Tons of Rock, Bömbers were perfect. 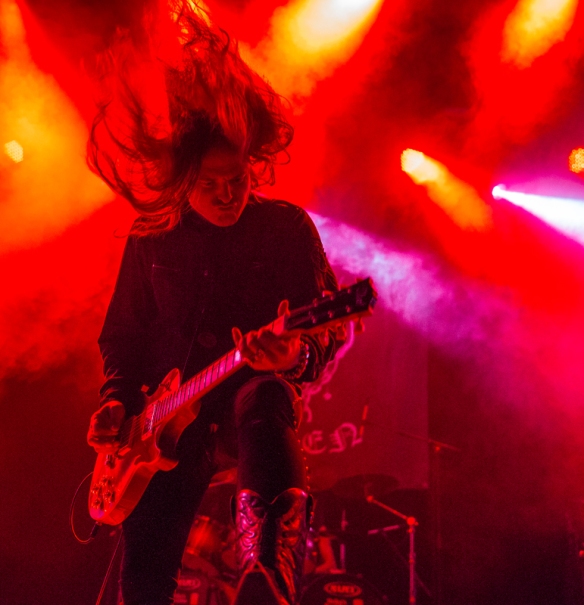