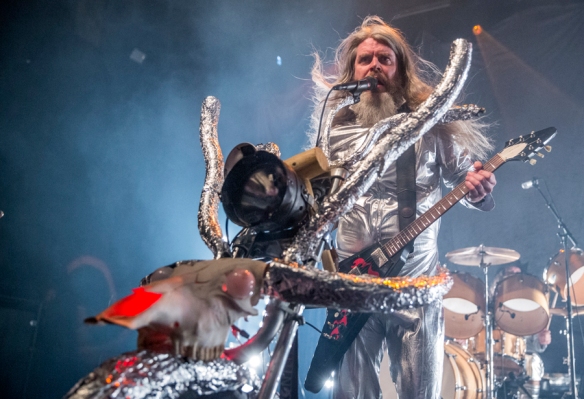 Black Debbath have just released their seventh full length album, “Universell Riffsynsíng” (Universal Riff Opinionising – thank you Google Translate!), and last might they presented songs from the album, plus some older songs, at Rockefeller in Oslo. (Picture above: Lars Lønning) 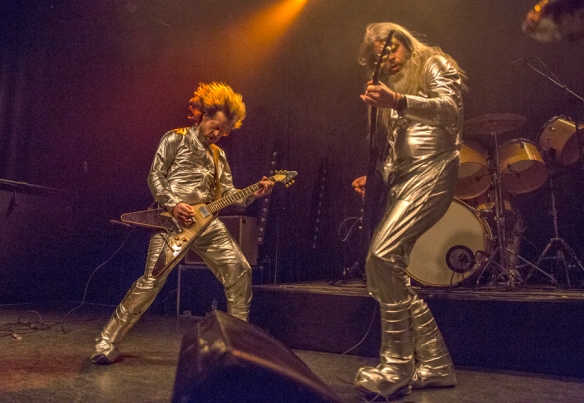 I have written about Black Debbath on this blog before, so I won’t say too much about them here. Their concerts are aways fun and with some unexpected elements. This time they have a space theme, where they performed in astronaut costumes, asking the audience if there is intelligent life on this planet. 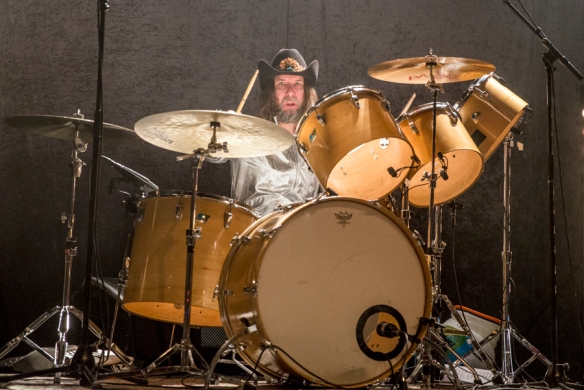 The venue was packed with fans, and the atmosphere was good. As usual at Black Debbath concerts, the band had something to say to the audience, always wanting to heighten the general intellectual level of their fans. That is why they present songs with educational themes, like Til Hælvete med Munchmuseet (To Hell With The Much Museum) where they outline all the political scandals behind the localization debate for a new Much Museum in Oslo. 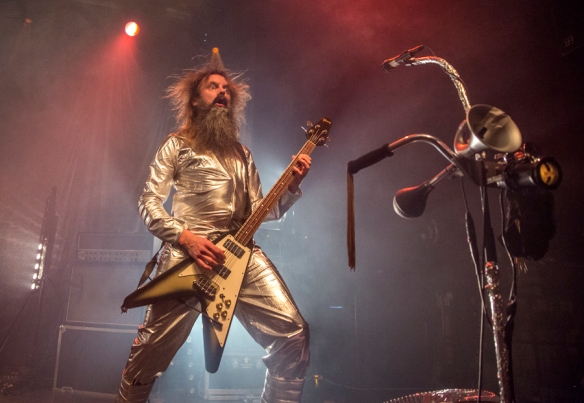 The Much song is typical of Black Debbath, and on their new album they have more songs in the same category, like (Hey Hey, Vi er) Justervesenet (Hey, Hey, We Are The Norwegian Metrology Service). Since I had already seen three other bands this night, I didn’t see more than four songs, among them one from their Henrik Ibsen album, “Naar Vi Døde Rocker” (When We The Dead Rock), Ville Eyolf (Wild Eyolf). 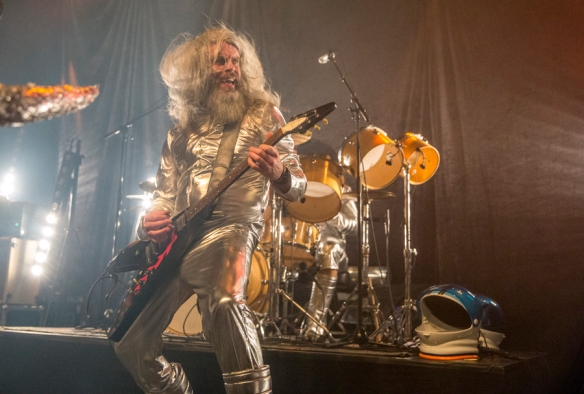 If you like metal, but not the harder and darkest kind, I can recommend Black Debbath. Even if you don’t understand their lyrics, their musical endeavors are more than good enough to give you a great listening. If you have the chance to see them live, do it! 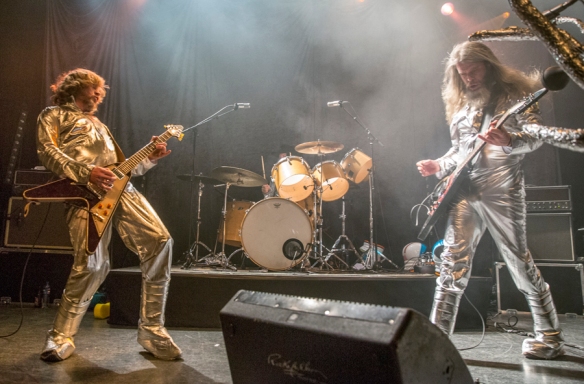 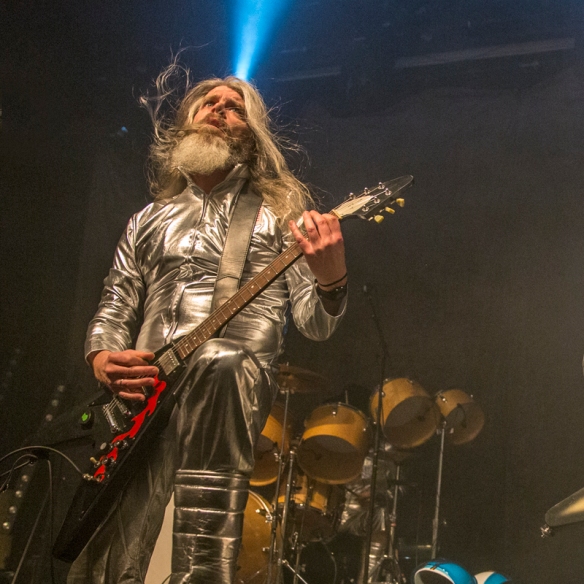 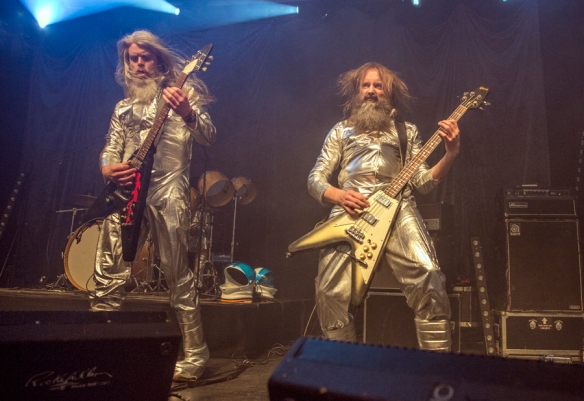 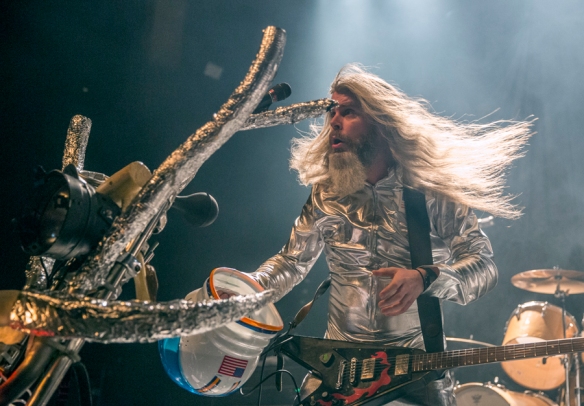 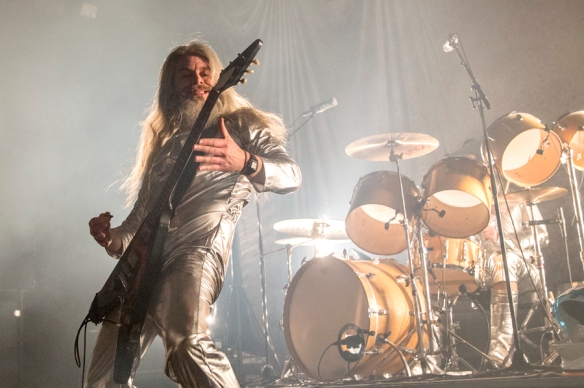