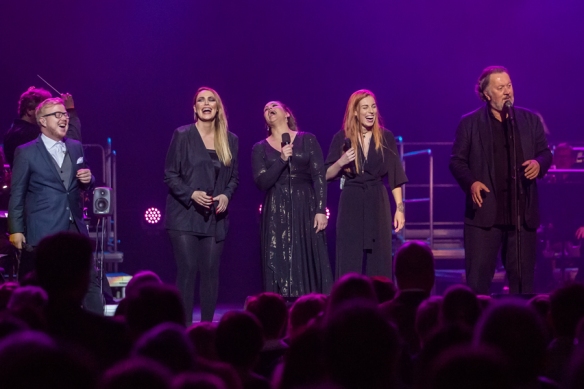 In Norway we have a few of what can be called grand old men in popular music. Åge Aleksandersen is one, and Bjørn Eidsvåg is another. They have both produced albums for more than 40 years, and are still productive. Both write good, meaningful lyrics in Norwegian and catchy melodies, and they both tour around the country. Åge Aleksandersen comes from a rock tradition, while Bjørn Eidsvåg’s background is as a singer songwriter. Last night Bjørn Eidsvåg held a concert at Oslo Spektrum with the Norwegian Radio Orchestra, KORK and several guests. (Picture above from the left: Kurt Nilsen, Elvira Nikolaisen, Lisa Nilsson, Gabrielle Leithaug and Bjørn Eidsvåg) 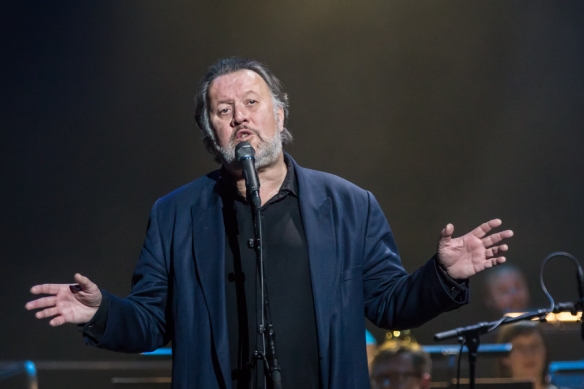 Bjørn Eidsvåg worked as a priest for many years at the beginning of his music career. He is still a christian, but he is continually questioning many of the dogmas of the church, lately the concept of the devil and of hell. But as an artist and in his songwriting there is less and less of these influences in his songs, even if he has written some of the most often performed songs in funerals for the last couple of decades.

For more than 20 years  Bjørn Eidsvåg has written about topics like marriage, or how to live together, about getting older, about love and about life in general. Personally I have never been much concerned about lyrics as such, I am more oriented towards the music: the rhythms, the melody. But Bjørn Eidsvåg’s lyrics touch me, too, and even if I don’t frequent churches, I am specially touched by his more religious songs. 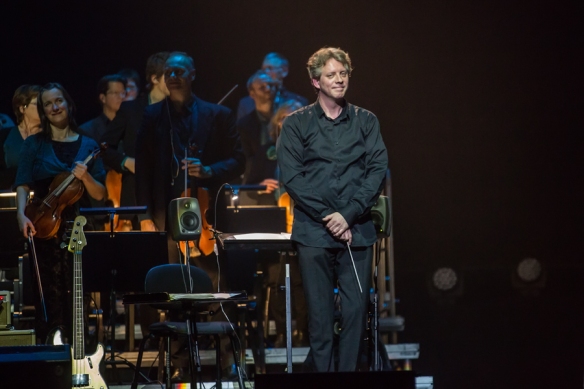 The concert yesterday at Oslo Spektrum was a repeat for a concert a year ago, where the Norwegianl Radio Orchestra, popularly called KORK, conducted by Torodd WIgum participated together with Bjørn Eidsvåg’s regular band. He also had guests, Elvira Nikolaisen, Lisa Nilsson, Gabrielle Leithaug and Kurt Nilsen. He released an album last year with KORK and Nikolaisen, Nilsson and Nilsen, Klassisk Bjørn Eidsvåg med Kringkastingsorkestret, and the orchestra arrangements for the record and the concert are the same.

KORK is the orchestra for Norway’s national broadcaster, NRK. They have existed for 69 years, and play “everything” from classical works of Mozart, Bach, Brahms and Beethoven, through contemporary music, jazz, popular music, The European Song Contest and black metal. Five years ago they played with Dimmu Borgir on their album Abracadabra, which also resulted in a concert at Oslo Spektrum. I am a bit biased, since I work at NRK, but I will claim that I know of no other European orchestra that is as versatile and professional in all styles as KORK.

The venue was almost sold out with about 5500 of Bjørn Eidsvåg’s fans present. As always, Bjørn delivers, and his band is also tight and well played. His keyboardist Daniel Wallumrød is one of my favorite musicians, and he had some fantastic solos, plus that he accompanied Gabrielle on the song Kyrie, one of Bjørn Eidsvåg most popular songs. The orchestra adds their arrangements, and also adds that extra that distinguishes this concert from straight band concerts.

The guests also did some excellent performances on their songs. Elvira Nikolaisen was the first. Bjørn Eidsvåg recorded a duet with her on the song Floden (The Flood) in 2006. She also performed Evig hvile (Eternal rest) solo. Elvira Nikolaisen has had a career as a solo artist for ten years with great success for her debut album Quiet Exit from 2006 and also for her following albums.

Lisa Nilsson  has a career as a singer in Sweden, and she sang her biggest hit, Himlen runt hørnet (The Heaven around the  corner), plus the duet with Bjørn Eidsvåg, Mysteriet deg (The Mystery of You). She also sang Eg ser (I see), maybe Bjørn Eidsvåg’s best known and most used song. Gabrielle hasn’t recorded any duets with Bjørn Eidsvåg yet, but they definitely should record the song Til alle tider (To all times) that they did together!

The last guest, Kurt Nilsen came on stage for the first extra song, På rett kjøl (On an even keel). Kurt won the first World Idol in January 2004 with Tal Bachman’s song She’s So High, and has one of Norway’s best voices. The last regular extra, Alt du vil ha (All you want) featured all the guests on stage, plus he sang his Christmas song I en natt (In a night) as the last extra. 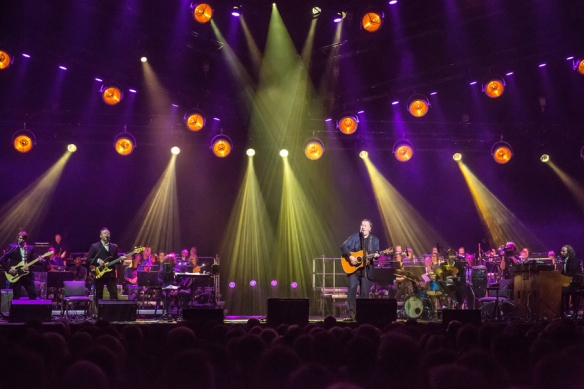 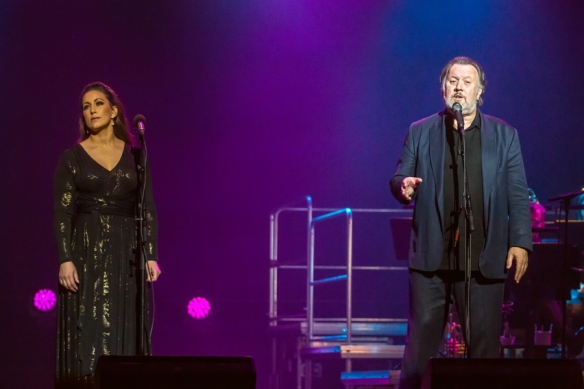 I have seen and heard Bjørn Eidsvåg in different settings for more than 45 years, since we grew up in the same town and I have followed his career from the side line. He has managed to go from an angry and radical young theology student to become a highly respected artist, popular far outside of the church, and also in all ages. His songwriting is excellent, and his performance is the same. With friends like Lisa Nilsson, Elviira Nikolaisen, Gabrielle Leithaug, Kurt Nilsen and Kork plus his own band, you have the recipe for a perfect night. 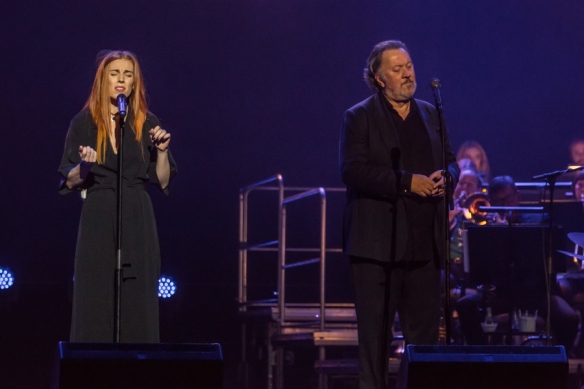 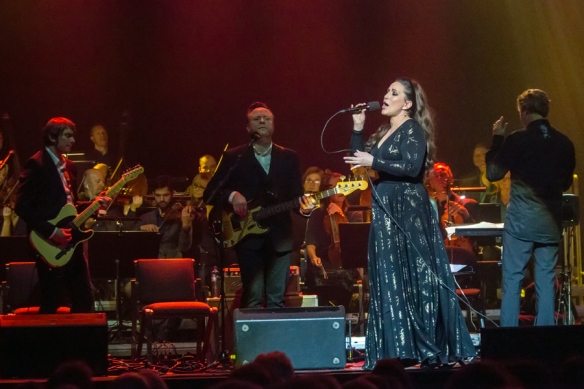 1 thought on “Bjørn Eidsvåg KORK and Guests at Oslo Spektrum”