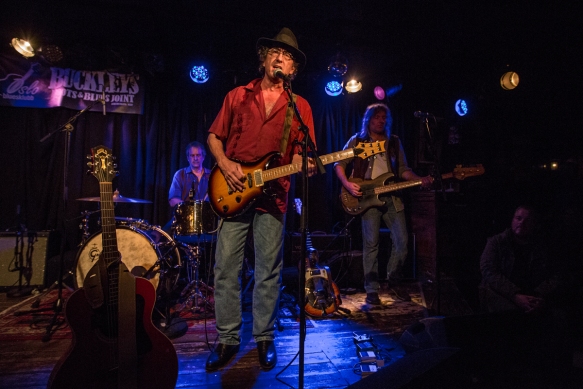 Buckleys is the home for the fans of Americana, roots and blues in Oslo, and like many of the clubs downtown in Austin, it also has to shut down in a couple of month because the owners of the building wants to open another shop. About ten years ago another great Oslo club, Muddy Waters had to close. Now there is a clothes shop there, just as if Oslo needs more of those! But Buckleys keeps up the good booking until the end, with many great artists, and hopefully they will find a new home for the club. 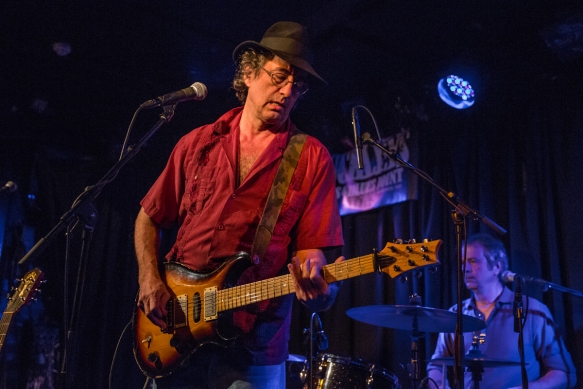 James McMurtry is one of the most exciting storytellers on the Americana scene in the USA. I wrote a story about him here in 2012 and have seen him live several times after that. Hopefully he will back in Austin for SXSW in March. I recommend a concert with him – either with his band, the Heartless Bastards, or alone, to everyone who like god music and good storytelling.

James McMurtry started his recording career in 1989, and he played Painting by Numbers from his debut album, Too Long in the Wasteland: “Here is what was supposed to be my first big radio hit. Sony Records didn’t know what to do with me.” And James McMurtry has never been a big seller before his latest album, Complicated Game, even if he has won well deserved awards for his songs and albums. On the other hand, he has made enough great songs that really should have sold well. 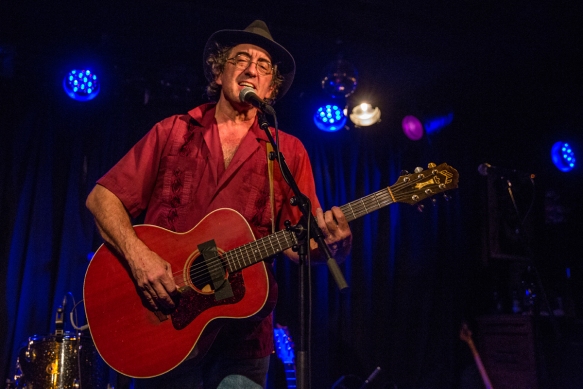 When I hear James McMurtry I often get associations to Bob Dylan’s lyrics, except McMurtry is much more working class than Dylan ever was. But the often longwinded stories, structured like a short story and often with a lot of ambiguity. Already on his first album, Too Long in the Wasteland this was evident, and almost all his songs have some of this quality. He can be highly political without shouting the message out, like his strong criticism of George W. Bush in Cheney’s Toy from Just Us Kids and of the Iraqi war on  We Can’t Make it Here from Childish Things. But contrary to many other artists, his critique comes from a working class perspective.

At Buckleys McMurtry had brought his band The Restless Bastards with him. They played just as gritty and grungy as I remember them from The Continental Club, and they are the perfect accompaniment to McMurtry’s voice. We got songs from Just Us Kids, Too Long In The Wasteland, the live favorite Choctaw Bingo from the album Saint Mary of the Woods, and several of the songs from Complicated Game. Halfway through the concert he did a couple of songs solo on acoustic guitar, which was a welcome break in the sound. He closed the concert with the older songs No More Buffalo, Too Long In The Wasteland og Peter Pan

Last night with James McMurtry was the closest I can come to Austin and the Continental Club and still be in Oslo. Half a year ago Jon Dee Graham played a house concert in Oslo, two weeks ago Guy Forsyth played at Buckleys, and in April Alejandro Escovedo is playing there. I just hope the people behind Buckleys find a new place for the club. Oslo is a great city or live music, but we need every one of the clubs, and specially clubs like Buckleys.