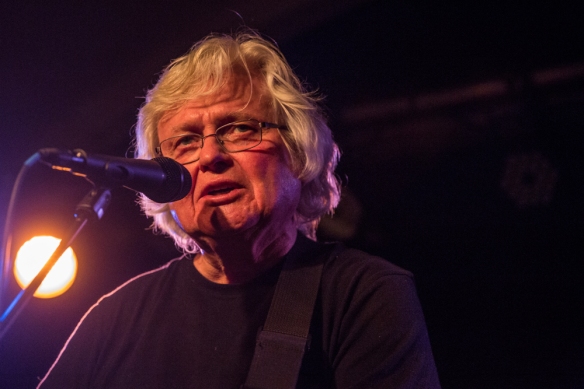 I have had the great pleasure to see and hear several concerts with Chip Taylor during the last 12 years, both alone and together with fellow artist Carrie Rodriguez. Since it has been some years since last time I saw him, it was a true pleasure to see Chip Taylor Wednesday night together with the two Norwegians, singer Paal Flaata and pianist Gøran Grini at the small club Krøsset in Oslo. 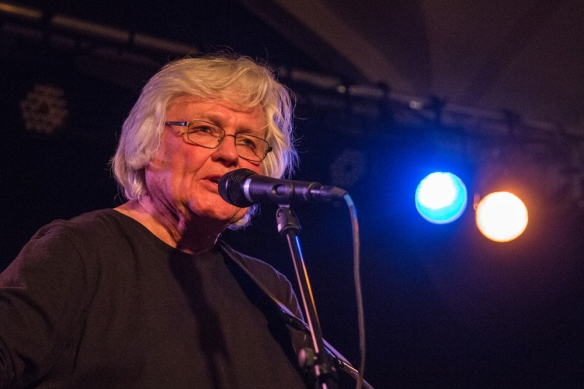 You might not know it, but your have probably heard some of Chip Tayor’s songs before, sung by other artists. He is the author of the Trogg’s Wild Thing, which also Jimi Hendrix did, and of the beautiful Angel of the Morning, that has been sung by several artists including Dusty Springfield and Nina Simone. You might also have heard Try (Just A Little Bit Harder) by Janis Joplin, I Can’t Let Go by The Hollies and Son of a Rotten Gambler with Emmylou Harris or Anne Murray. Chip Taylor has written all these songs together with numerous others.

Chip Taylor’s was born in 1940, and his career as a songwriter started in the late 50s when he recorded a few records as Wes Voigt. From the mid 60s he had more success as a songwriter than as a singer with Wild Thing and many other songs that was made hits by other artists. In the mid 70s he stopped performing, and started an almost 20 year career as a professional gambler, obviously a successful one. Luckily for us he restarted his career as a singer songwriter in 1993, and has kept on since then.

Last night started with Chip Taylor and Gøran Grini. Chip performed songs from different recent albums, like Block Out The Sirens of This Lonely World and Dance With a Hole in Your Shoe. He is first of all a storyteller, both in his songs, but also in the stories between the songs. One of his stories was about how he decided already as a 13 year old that he was going to marry Joan. The marriage didn’t work ut, so they got divorced after some years, but “the divorce didn’t work out either, so we remarried and have been married since.” He told us that Joan had never been on tour with him, but she came to Norway for this tour, and she got a warm applaus when she introduced us to her. He also sang two of the songs he has to and about Joan. 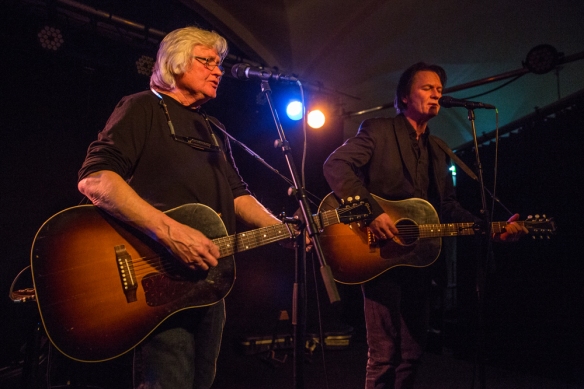 After about 45 minutes Taylor introduced Paal Flaata, and they did a couple of rock ‘n’ roll songs together before Paal sang a beautiful version of Angel of the Morning. Paal Flaata has one of Norway’s best voices and is the singer in the band Midnight Choir, plus he has released several albums on his own. One of these is Wait by the Fire – Songs of Chip Taylor, one of a trilogy, where the other two have songs by Mickey Newbury and Townes van Zandt.

Chip Taylor was just inducted to he Songwriters Hall of Fame together with Elvis Costello, Marvin Gaye (posthumous), Tom Petty, Nile Rodgers & Bernard Edwards (posthumous). After seeing hi8m perform yesterday, I would say it was about time.