This year is the fourth Tons of Rock festival at the Fredriksten festning in Halden, Norway. The festival includes hard rock, heavy metal and all other forms of metal rock. During its existence an amazing line up of big names have played at the festival. This year is no exception, and here are the bands I saw on Thursday. (Photo above: Rob Zombie) 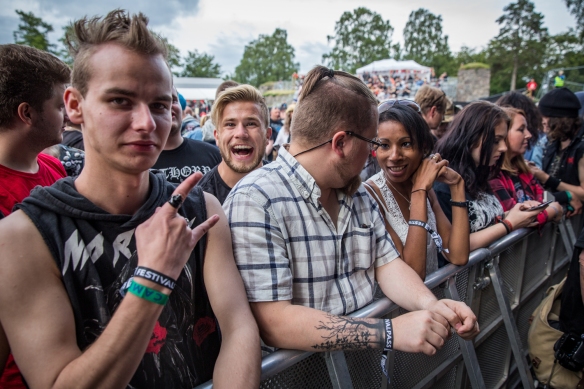 The surroundings for the festival, Fredriksten festning, is a fortress that has been very important in the history of Norway and Sweden. The Swedish King Charles 12 was killed during a battle here in 1718. Before that the fortress had been involved in many battles since it was built in the mid 1600. 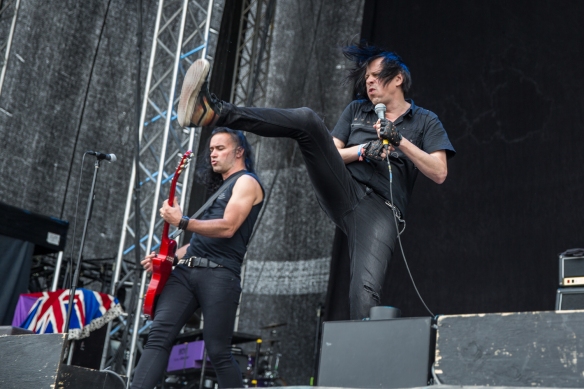 Marky Ramone was the drummer of The Ramones from the third album, and he is still playing music in the style of The Ramones, but now with his own band, Marky Ramone’s Blitzkrieg. The concert was first of all for the fans of The Ramones. Personally I wasn’t thrilled, but it was ok to start the festival with some punkish rock

After Marky Ramone I saw the Swiss band Eluveitie, which combines folk music and metal in a most interesting way. They use fiddle, harp, hurdy gurdy electric guitars and flutes, and the singer, Chrigel Glanzman, plays mandala while he growls. It sounded very good, and showed us what can happen when you combine music styles that apparently have nothing in common. 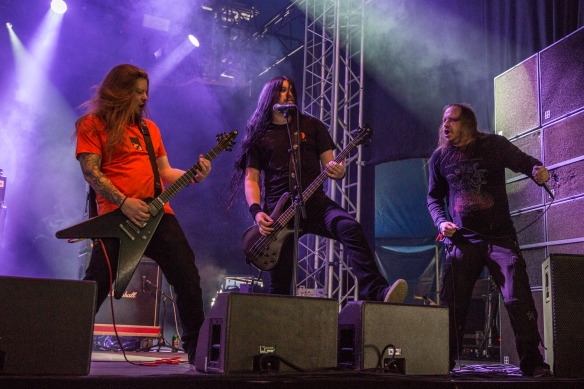 The first time I saw the Swedish band Entomed was in Oslo in 2007. They broke up in 2014, and singer Lars Göran Petrov started a new band that he called Entombed A.D. They still play death metal, and showed that they have the technic and presicion that is required for this music.

TNT is still one of Norway’s internationally most successful bands, and they are still active, after they went on a hiatus for four years in 1992. Ronny Le Tekrø and Diesel Dahl are founding members, and singer Tony Harnell started in the band in 1984. The band’s style is very much built around Le Tekrø’s guitar work and harness’s high pitched voice, and with Diesel Dahl and bassist Ove Husemoen, plus Roger Gilton, they presented a tight and good show at the festival. 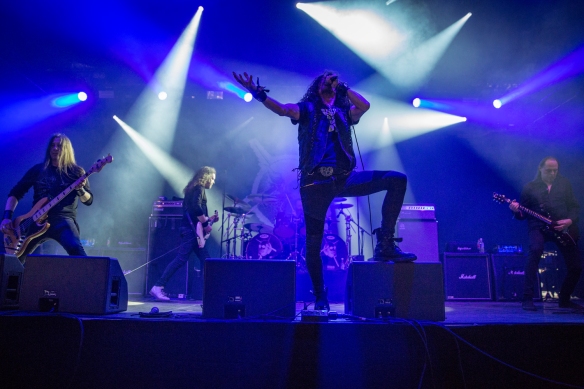 Candlemass was new to me, but I really liked their show. They are a doom metal band from Sweden, starting out in 1984, and they gave name to the style with their second album, Epicus Doomicus Metallicus. Except for a couple of periods when they disbanded, they have more or less played continuously since the start, and they are one of the best selling Swedish bands of all times. 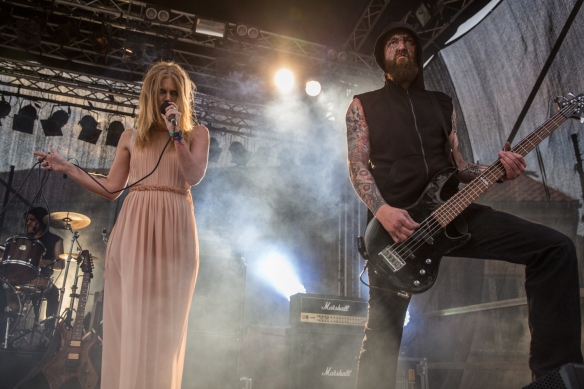 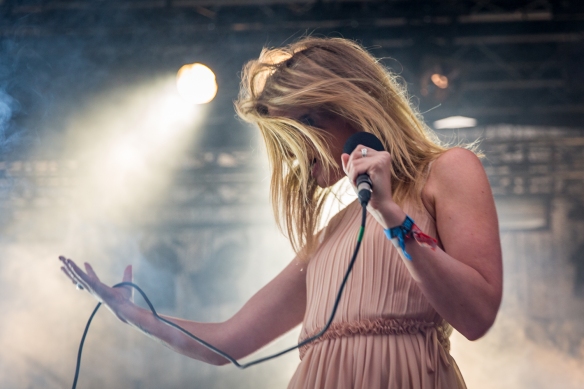 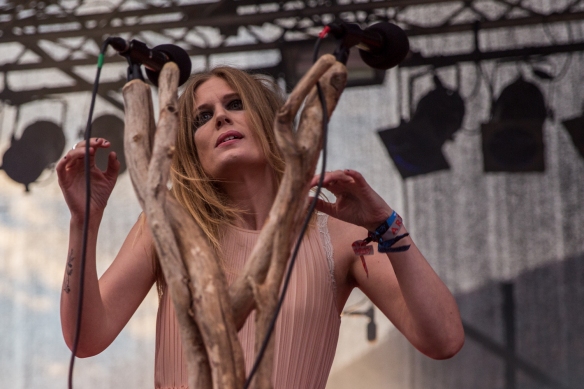 The most “different” concert on Thursday was Danish Myrkur, a one-woman black metal band with Amalie Bruun as the leading lady. On stage she had guitar, bass and drums, and she sings and also plays guitar. Myrkur’s music alternates between dreamlike parts and typical harder metal sounds. I would definitely like to see more of Myrkur at a concert with less running around than at Tons of Rock. 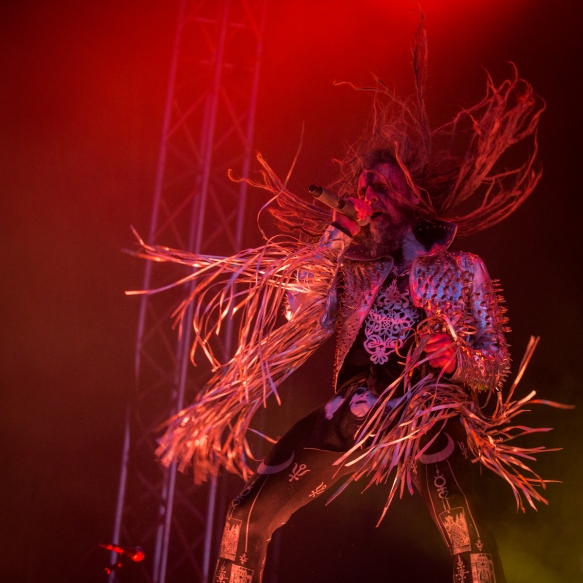 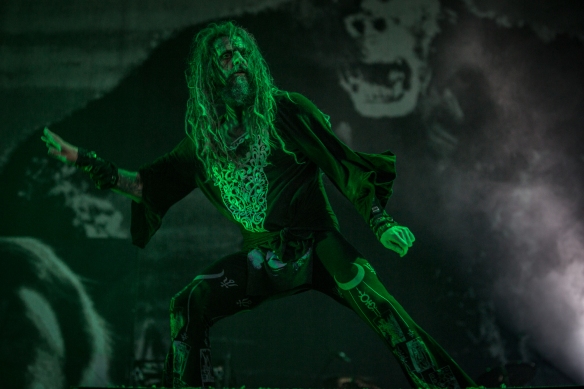 Rob Zombie has never played in Norway, so his concert at Tons of Rock was his first here. It worked perfect as a headliner for the first day when Blink 182 cancelled their concert. With Rob Zombie we got great visuals, light, costumes, and a front person who never stood still, jumping and swinging around the whole concert. An impressive feat for a man who isn’t exactly young anymore. The fans loved it, and I will welcome him back any time. 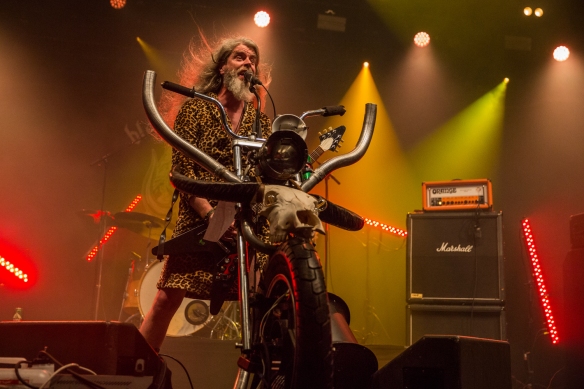 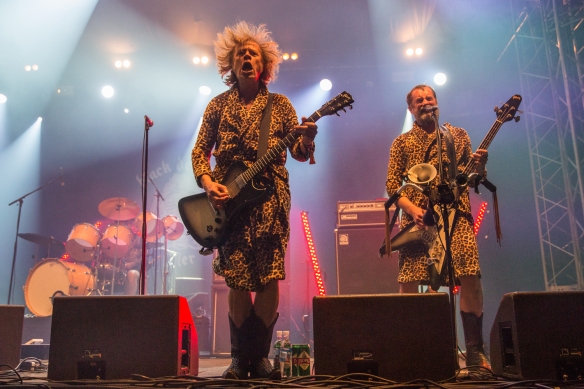 Last band on stage Thursday was Black Debbath. They have become almost the house band at the festival, and they are always fun to watch and listen to. You never know how they are dressed their concert, and last night they had leopard patterned bath robes on. Black Debbath’s songs are in Norwegian, and it is almost impossible to translate the lyrics, and most of all, the humor in them. But they are always a hit when they play, so also last night.