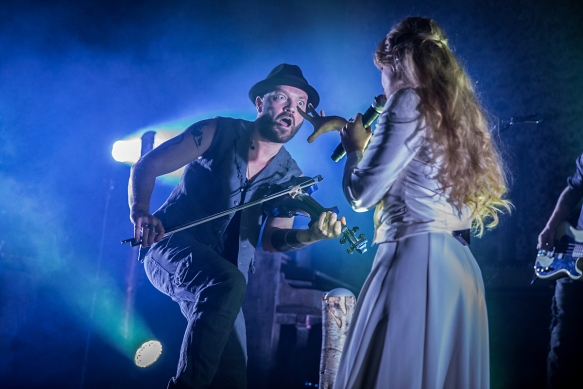 From 1999 to 2005 Gåte combined Norwegian folk music with hard rock, and they had great success with their music, playing big festivals in the Nordic countries. The band disbanded in 2005, but have had a few one-off concerts since, until they decided to start up again last year. These days they are on a tour through Norwegian cities, and yesterday they played at the Rockefeller Music Hall in Oslo. (Photo above: Sveinung and Gunnhild Sundli) 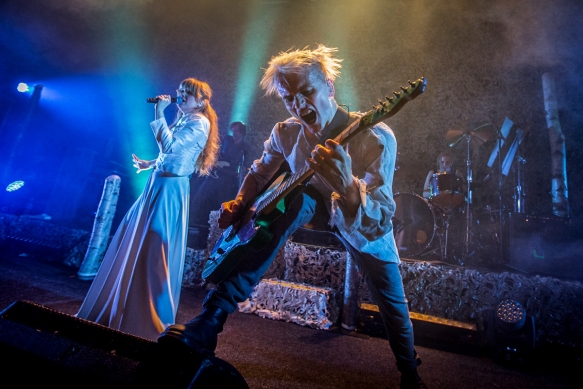 Gåte was not the first band to use Norwegian folk music in a pop or rock setting. The band Saft cooperated with the Norwegian ace fiddler Sigbjørn Bernhoft Osa already in 1973, and Folque followed up with a more integrated sound that combined Norwegian folk music with British folk and pop and rock elements. Their second album, Kjempene På Dovrefjell is a good example of this. 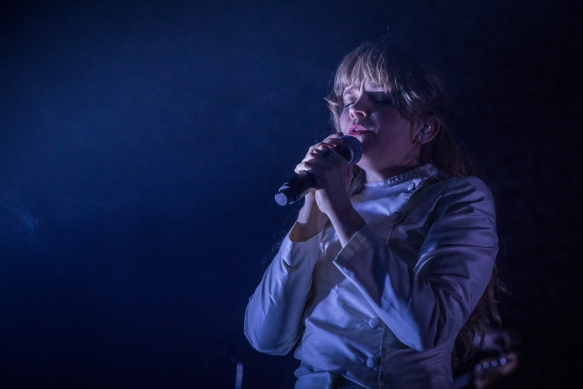 When Gåte released their debut album Jygri in 2002, it signaled a totally different sound than their predecessors. The folk elements were present in Sveinung Sundli’s fiddle and sister Gunnhild’s singing, but the rest of the band with guitarist Magnus Robot Børmark has a definitive harder sound that the bands before them. Together this gave Gåte their own unique sound which they also followed up on their second album, Iselilja in 2004. 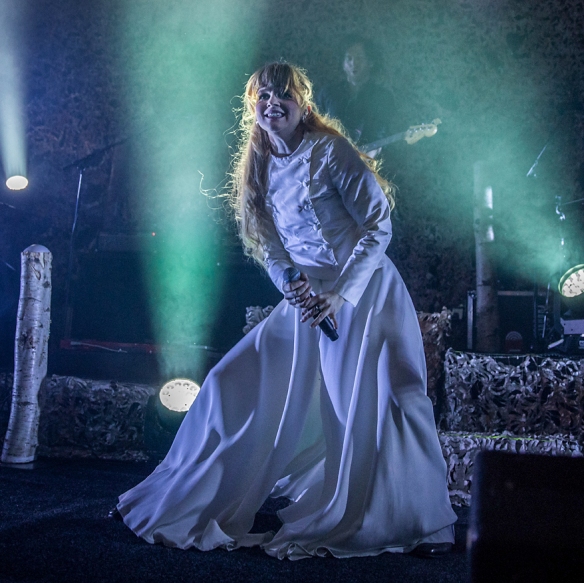 The ten plus years before their comeback, two of the three front members of Gåte, Gunnhild has had a solo career, while Magnus have played with his band 22. Sveinung has been an entrepeneur, starting and running Storåsfestivalen and also a couple of music venues in Trondheim. But luckily the urge to play together was stronger, so last year the band decided to start up again, and they released an EP, Attersyn, before Christmas. 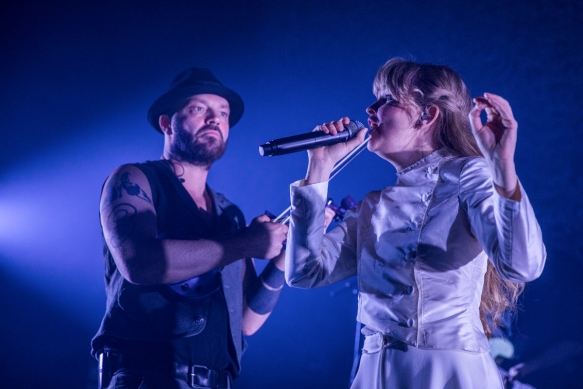 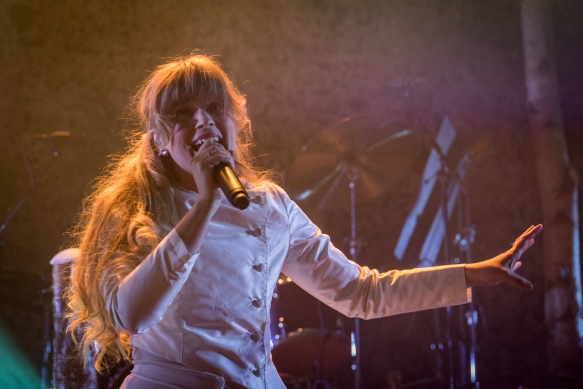 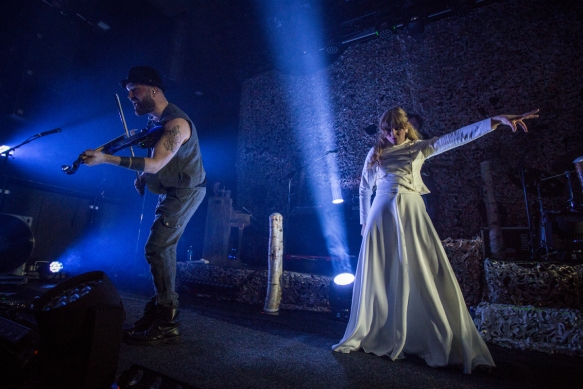 The concert at Rockefeller last night was sold out as soon as it was announced, and the venue was packed with Gåte’s fans. I could only see the first four songs as a photograher, but I did like the sound of Gåte 2018. Their first songs were from their new EP, from Iselilja and from their excellent live album from 2006, Liva, which was recorded at the same stage, Rockefeller Music Hall.

The setlist from this tour, and also from Rockefeller: