For fifteen years, from 2000 to 2015 Kaizers Orchestra built themselves up to Norway’s most interesting and consistent live band. An important part of their success was singer and songwriter Janove Ottesen. After the band quit he started a solo career, and has already released two albums. These days he is on tour in Norway to support his newest release, Hengtmann. Last night he played at Rockefeller Music Hall in Oslo.

Kaizers Orchestra had a very characteristic sound with harmonium, oil barrels as percussion instruments and Janove’s voice as important elements. Their lyric were sung in the dialect of Bryne at Jæren, an area on the south-west part of Norway. Janove follows up on the dialect as a solo artist, but his band sounds quite different from Kaizers Orchestra, even if some of the songs are recognizable as belonging to the same musical universe.

The venue was almost full with enthusiastic fans who knew all his songs and sang along on most of them. They started out on Marlene, where the fans really belted out the lyrics. It always amazes me in a positive way when this happens. I also noticed that there seemed to be a majority of female fans, and about the same demograhics as with Gåte last week. There was something special with Kaizers Orchestra’s concerts, and Janove conveys the same positive and happy feelings from the stage. 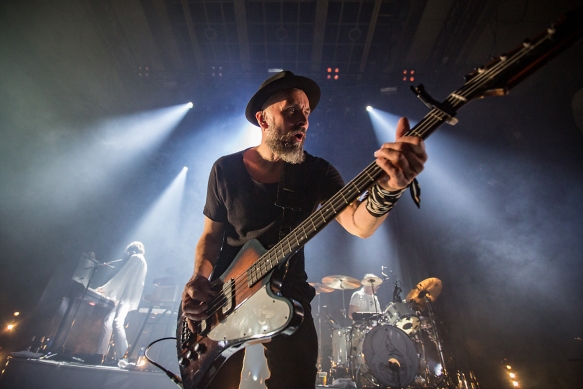 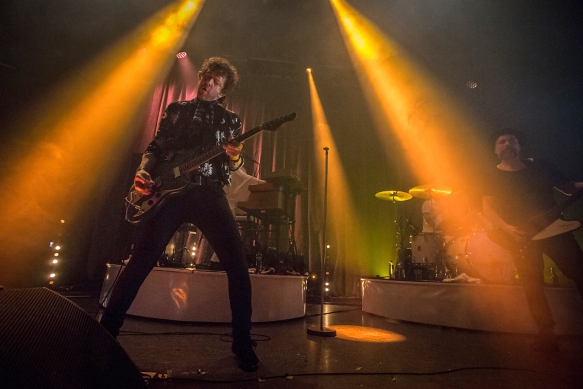 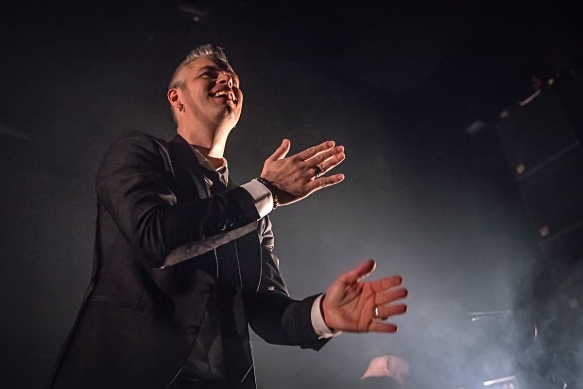 The concert had songs from both his solo albums, and they work well live. Janove has received mixed reviews on his albums, but he has full control live and his show should be a must for many of the festivals later this year. His band consists of excellent and seasoned musicians – Gulleiv Wee on bass, Børge Fjordheim on drums, Micke Lohse on keyboards and Mattias Hellberg on guitar. 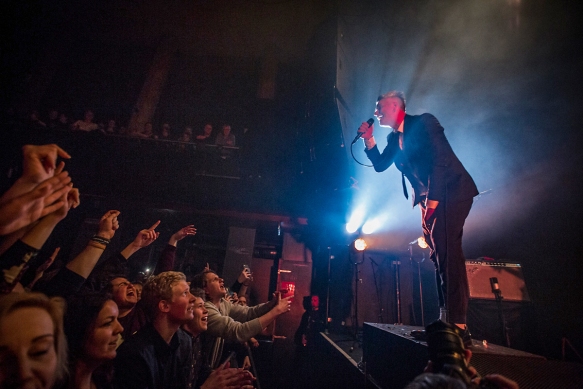