Sunday was the last day of a most successful Månefestival. I have had four super hot days with music, happy people and great artists. For a local festival, Månefestivalen has top booking with a mix of big names, Norwegian and from other countries and local well known and up and coming artists. The headliner on Sunday was Waterboys. (Photo above: Mike Scott from The Waterboys)

Månefestivalen has existed for 20 years and gradually expanded to a semi-big festival with around 3500 capacity each day. The venue is at Tøihusplassen in Gamlebyen in Fredrikstad, a historic part of Fredrikstad dating from 1567. In addition to the concert venue, there is a big garden, Kommandanthagen, behind it where people can sit in the grass, have food and drinks in the food tent, or just hang around between the concerts. I don’t know many other festivals that have such a perfect venue. 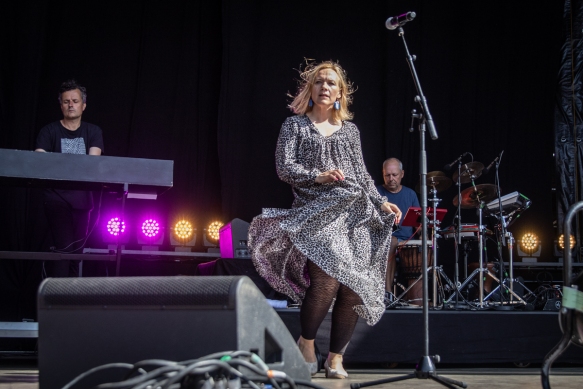 First out on Sunday was Bel Canto, the Norwegian band that started the electronic pop music in Norway at the end of the 80’s. They won Spellemannprisen (the Norwegian Grammy) twice, in 1992 and 1996, and their break through album was Shimmering Warm and Bright from 1992. The band started out as a trio with Anneli Drecker, Nils Johansen and Geir Jenssen, or Biosphere as is his recording name. Jenssen quit after a while, and today’s Bel Canto is Drecker and Johansen plus keyboard, drums and vocal.

During the 90’s Bel Canto was one of Norway’s most successful acts internationally, with a bg following on the European continent, specially in Belgium. The band will release a new album soon, and they played four of the songs from this album at the concert. But they started with they earliest songs before playing their biggest hit, Shimmering Warm and Bright. With the ethereal synth sounds mixed with world music and Johansen’s electric viola and guitar plus Drecker’s beautiful voice, this was a perfect start on Sunday. 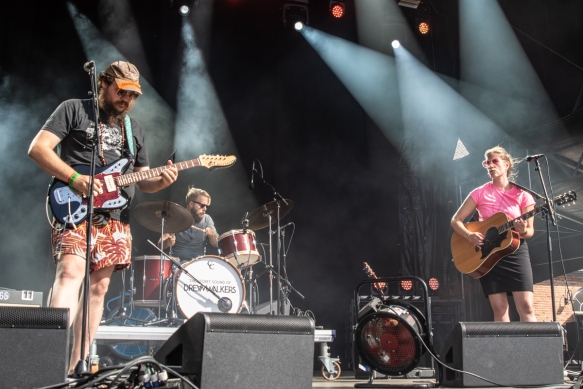 After Bel Canto there was more beautiful music, with The Secret Sound of Dreamwalkers. They are a trio, with Kristine Marie Aasvang, Thomas Bergsten, Alexander Lindbäck as their members. Their music is ins the landscape of singer songwriter and alt country, and Kristine Marie Aasvang’s voice is an important part of their sound. A good choice for an early afternoon in the sun. 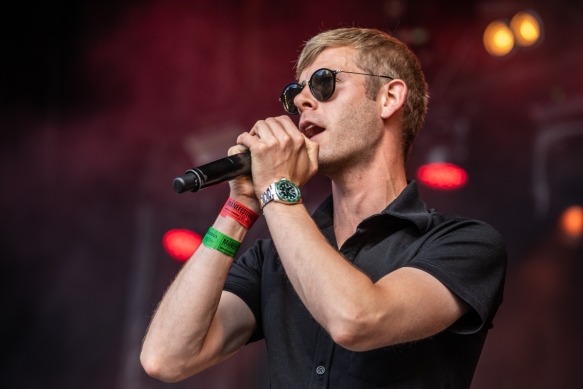 Lars Vaular has been one of Norway’s most profiled rappers for the last ten years, getting much acclaim for his lyrics. He was nominated for a Spellemannpris in 2009 and got a lot contriversy with his song Kem Skjøt Siv Jensen (Who shot Siv Jensen, the head of the right wing and anti-immigration populist party in Norway), an ironic song about how people are fooled by the headlines. His most popular song is Rett opp og ned. His concert was popular wit the younger audience at Månefestivalen. 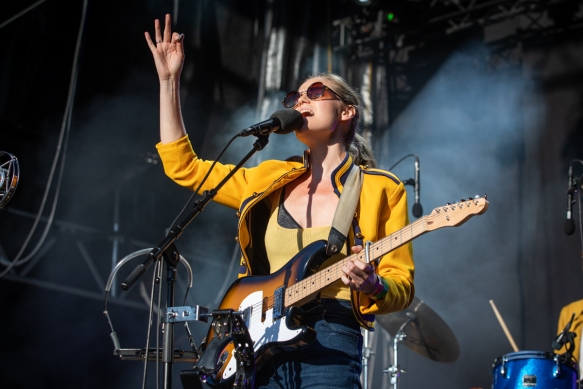 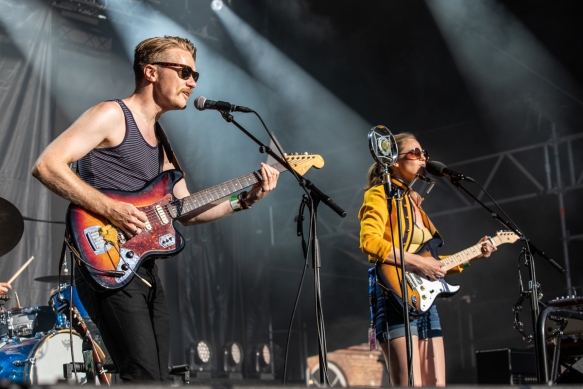 The next band out, Darling West presented even more beautiful music, with tights and sweet vocal harmonies. The band is the married couple Mari and Tor Egil Kreken added by different musicians. At Månefestivalen they had drums and guitar/banjo in addition to their own guitars, six string bass or banjo. Darling West’s songs are written by Mari and Tor Egil, and their harmonies, two or three part, is delicious. I have seen several concerts with the band, and the added drums made this concert my favorite so far. 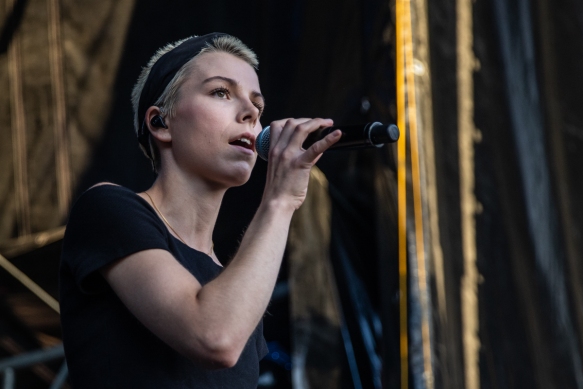 I am K is a relatively new Norwegian band, and I saw them twice last year, once at the GRAMO stage at Norwegian Wood, and also at the Sørveiv festival in November. At Månen I could see and hear that they have evolved both musicially and in their performance. Their stage show is much more confident and they sound really good. Musically their mix electronica with pop and rock, which is a welcome change from much of today’s electronica oriented pop music.

Last out at this year’s Månefestival was The Waterboys. They have played in Norway several times over the years and are quite popular here. The band released their first album in 1983, and the songs “everyone” know, The Whole of the Moon and Fisherman’s Blues, were released already in 1985 and 1988. Since then they have released several albums, except for the period from 1994 to 98/99 when Mike Scott toured and recorded as a solo artist. But from their 2000 album A Rock in the Weary Land they were back as The Waterboys.

The band is very much Mike Scott and fiddler Steve Wickham. Since I saw the band at the Notodden Blues Festival in 2016, they have also added two singers, Zeenie Summers and Jess Kavanagh plus the regular members of the band, keyboard, bass and drums. They are a great live band, with an equally great catalogue. The early version of the band was more folksy, while the newer version is more funky. Together this made the concert a perfect ending to a perfect festival.