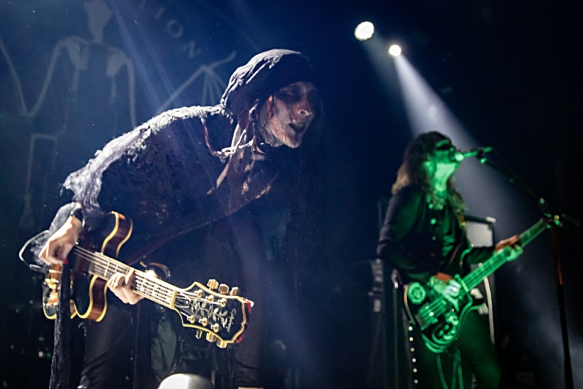 Friday at the Inferno Metal Festival had less symphonic and more black and death metal than the first day. This day was also the only day of the festival where there were still a few tickets left when the doors opened at 4 PM, but after a few hours the night was sold out, like the rest of the days. (Photo above: Jonathan Hultén from Tribulation)

END_OF_DOCUMENT_TOKEN_TO_BE_REPLACED

The third day of the Inferno festival had Hatebreed and Blasphemy as headliners. Before them, the American doom metal band A Storm Of Light, Polish black metal band Mgla and Norwegian goth metal band Tristania played. Obliteration and Necros Christos also played, together with Vemod, Banisher and From The Bogs of Aughiska. (Picture above: Blasphemy)