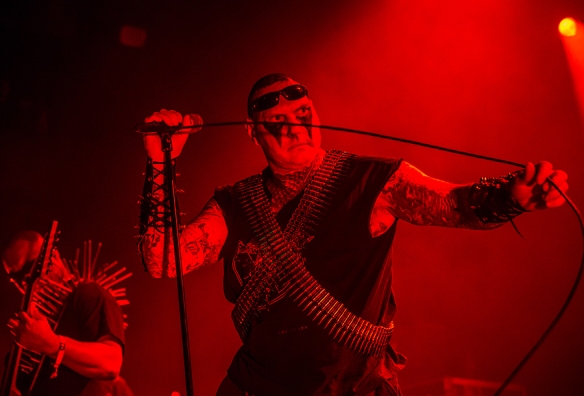 The third day of the Inferno festival had Hatebreed and Blasphemy as headliners. Before them, the American doom metal band A Storm Of Light, Polish black metal band Mgla and Norwegian goth metal band Tristania played. Obliteration and Necros Christos also played, together with Vemod, Banisher and From The Bogs of Aughiska. (Picture above: Blasphemy)

I started the night at Rockefeller with A Storm Of Light. The band projected video on a screen on stage, which meant that the general stage light was really bad. But I liked their sometimes experimental approach to their music, with strong elements of dissonance and noise. 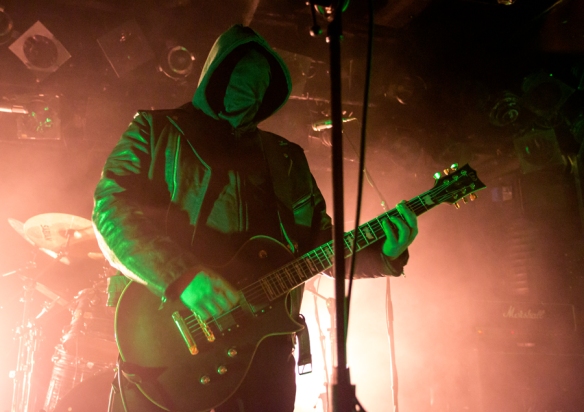 After A Storm Of Light I went down to John Dee to se the Polish band Mgla. Not to be too much of a grumpy photographer, but with hoods and also lose fitting stocking masks over their faces, combined with strong, green backlight, it was a waste of time to try to get any pictures of them. But their old school black metal was good, and the non-photograping fans loved them.

Tristania is a new aquaintance for me, and I really liked their music. They mix metal growling, clean singing an also operatic elements in their music. Singer Mariangela has a strong voice and also visual appearance, and the band is tight and good sounding. I want to hear more of them.

American band Hatebreed combines hardcore with punk, and I must admit that it was good to get some real, aggressive punkers on stage. Hatebreed delivers a great show, and their songs are short, effective and good sounding.

The last band out for me this night, was Blasphemy from Canada. They are one of the real veteran black metal bands, being formed in 1984. As such they are still worth seeing, with bandoliers and paint and good instrumentalists. 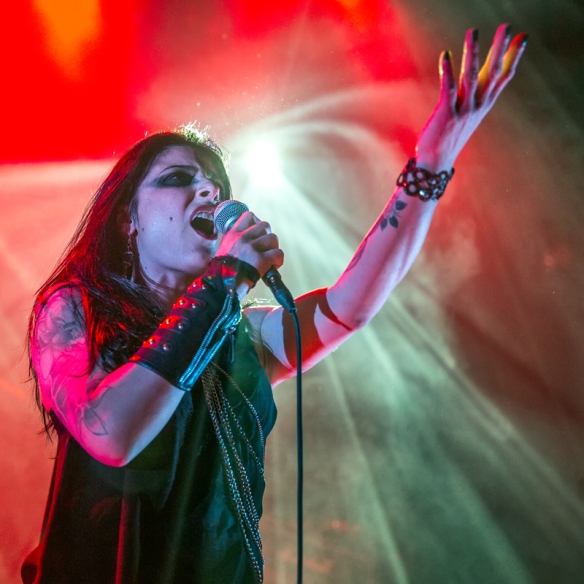 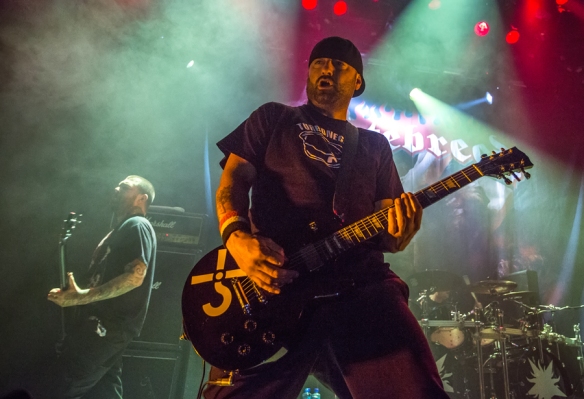 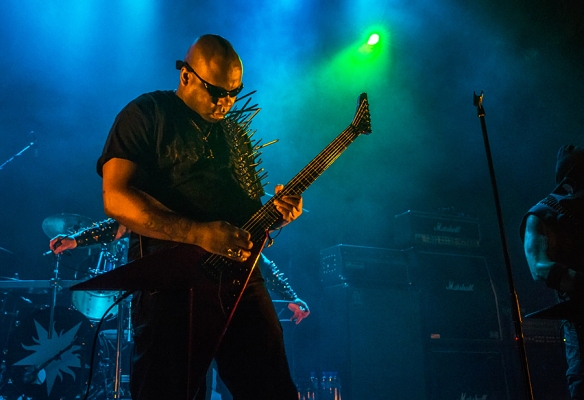