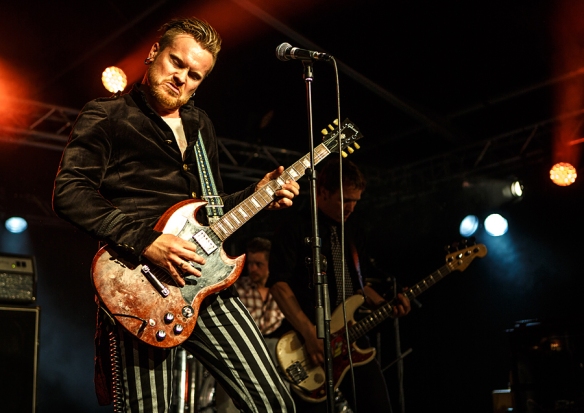 Amund Maarud has been one of Norway’s best blues guitarists the last 10-12 years. He started playing when he was a young boy, and was a member of the house band at the Oslo blues club Muddy Waters from he was 18. Seven years ago he changed direction with the band The Grand, playing heavy guitar based rock. At the Notodden Blues Festival he presented his new project that is a mix of blues and heavy rock.

In 2003 Amund Maarud was nominated for a Norwegian Grammy in the blues category for his CD Ripped, Stripped & Southern Fried, but didn’t win. In 2011 he won the category for his solo album Electric. 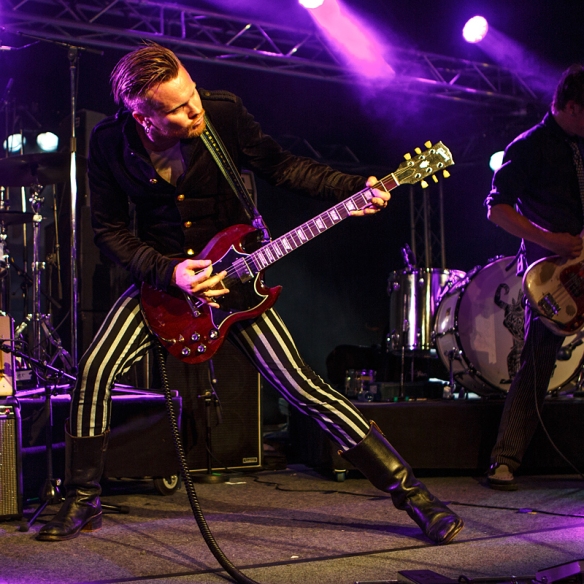 Many of his fans were disappointed when he started The Grand and stopped playing blues, but personally I think it was a wise move. His present band, with a horn section, two keyboards and two drummers combines blues with the heavy influences from his time in The Grand, and it sounds refreshing. 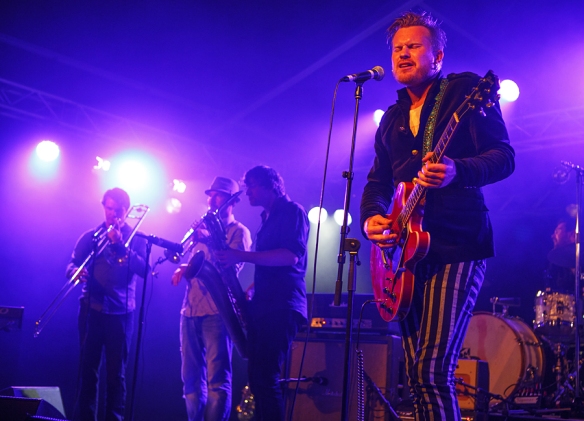 Amund Maarud’s playing has always been great, with a technical proficiency that has put him among the three-four best blues guitarists in Norway, and he gets many points for trying – and managing – to expand his style. The music is varied, and the band has a vital and lively stage show.

His new project includes his brother Henrik on drums, like all his bands from when he was a child. Henrik is an excellent drummer, and having played together more than half of their life, they have a unique musical interaction that is obvious in their playing. They also operate the Snaxville Studio in Oslo together, and their long playing history makes for great dynamics in their playing.

Amund Maarud plays at the Oya Festival in Oslo this week, and I am already looking forward to seeing him again. 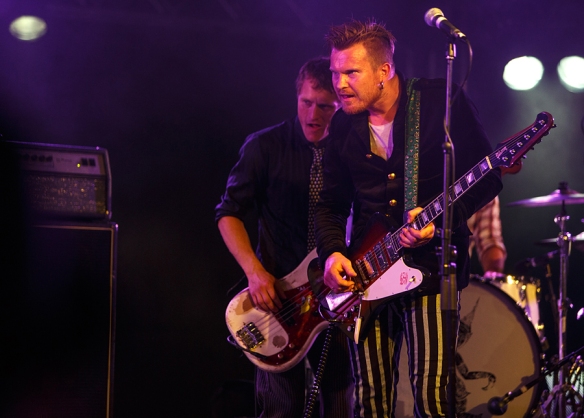 All pictures are © Per Ole Hagen, and may not be used without written permission.