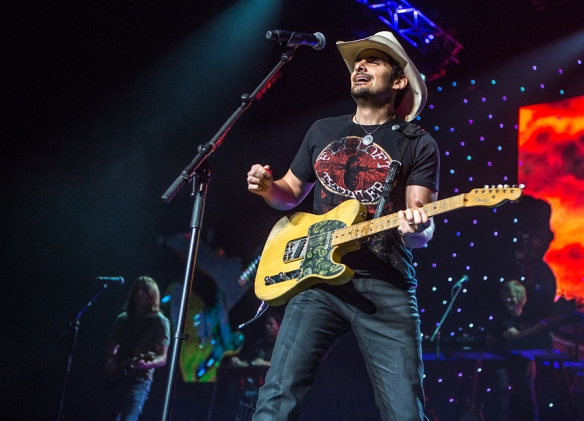 Brad Paisley is one of the most celebrated newer country artists. He is also more rocky than many of his colleagues on the country scene. Last night he played Oslo Spektrum for an enthusiastic audience of between 6 and 7000. 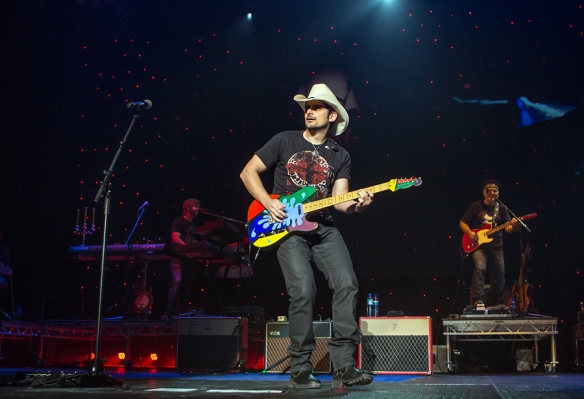 He has been equally succesful with his sales, scoring 16 No. 1 singles on the Billboard Hot Country Song charts. His latest CD is called This Is Country Music with countributions by many of his colleagues, among them Clint “talking-to-an-empty-chair” Eastwood and Carrie Underwood, Don Henley, Sheryl Crow and Mart Stuart,

Brad Paisley’s colleagues also reflect his musical style. Country music combined with southern rock with a humorous twist makes him find a wider audience than the traditional country artists. He is also a very good guitar player, doing many of his solos live. His live show is intense, friendly and highly professional, and from the few songs I saw last night, the audience enjoyed themselves immensely.

You can see more pictures of Brad Paisley from the show at Oslo Spektrum at my picture site, Artist Pictures. 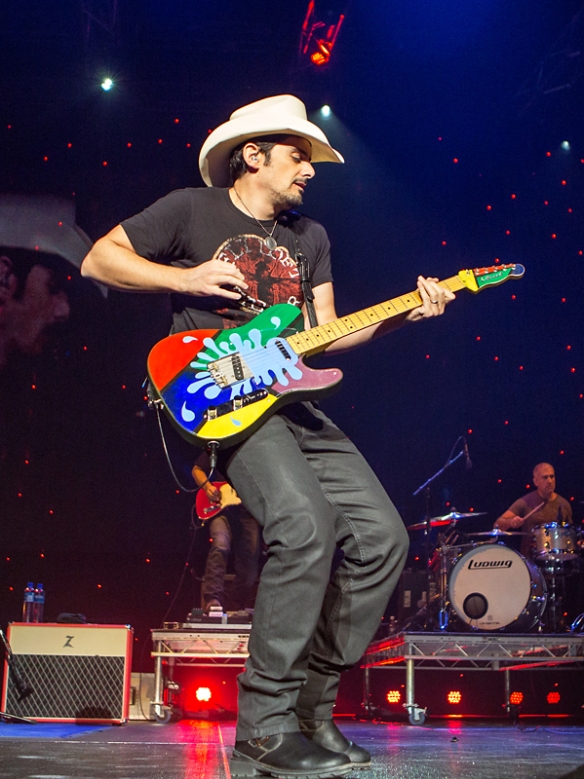 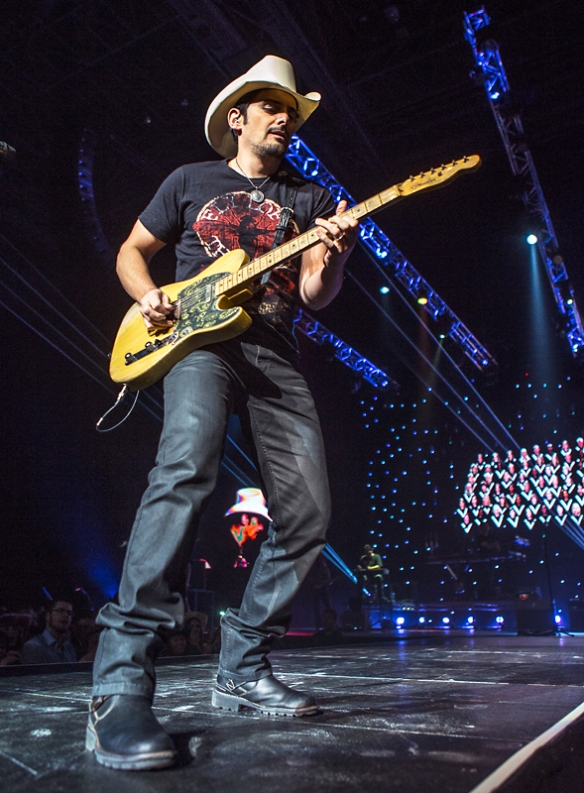 1 thought on “Brad Paisley – country entertainer with rock and twang”