The Norwegian band Hellbillies released their 13th CD two weeks ago to great reviews in newspapers and blogs. Some have held this as their best CD so far. Saturday night they held their 20 year anniversary concert as a recording band at a sold out Oslo Spektrum together with some good artist friends.

Hellbillies have had the same lineup for all these years, except for the keyboard player, who started some five years ago. The members are singer Aslag and brother Lars Haavard Haugen, Arne Moslaatten, Arne Sandum, Bjorn Gunnar Sando and Lars Kristian Narum. Aslag Haugen writes most of their melodies, while Arne Moslaatten writes the lyrics. And the songs are what makes Hellbillies different from most other bands. 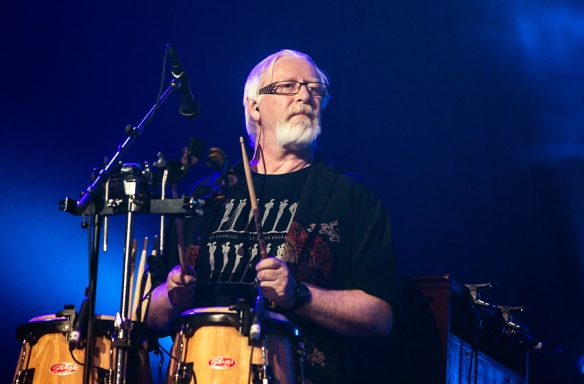 The melodies are strong, mostly easily recognizable, and many of them with a good potential for audience participation. The lyrics are written in the band’s native dialect, and they present a sometimes humorous, sometimes critical and often romantic view of small and larger sides of human life. Hallo Telenor, for instance, is a song about life outside the cities, where the telecom companies don’t bother to give people high speed internet. 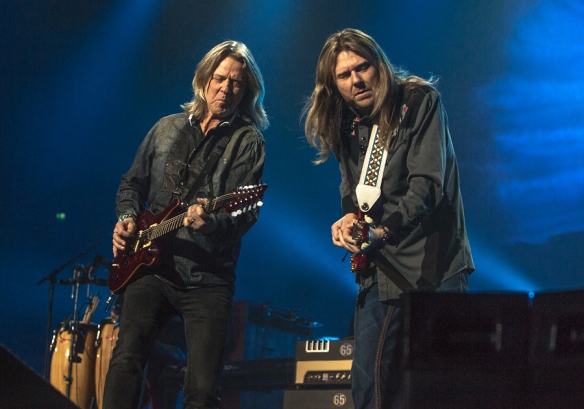 Many of their lyrics are almost surrealistic, but they work extremely well when sung by Aslag Haugen. And the combination of the songs, Aslag’s vocals and the band’s excellent playing have made Hellbillies one of Norway’s best bands, both on CD and live. For many years they have filled the venues where they play, and last night was their first time in Oslo’s biggest indoor venue, Oslo Spektrum. The venue was filled to capacity, with 7000 people who all knew all of their songs. 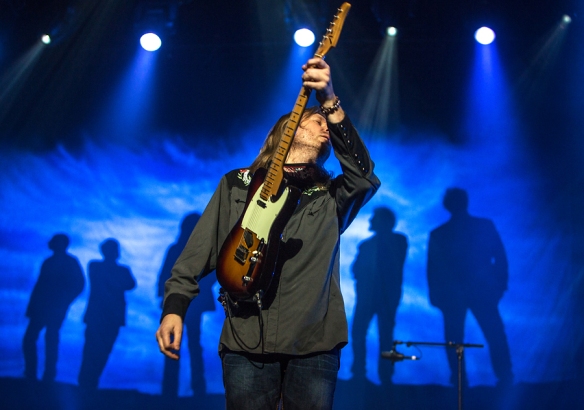 From the first song, Leite Etter Lykka (Looking For Happiness), the audience was singing along. And this continued through the whole concert, for more than two hours. In the beginning of their career, Hellbillies did covers of country songs with their own lyrics. This put the band in the country bag, but they have long ago broken out of this genre. This is most obvious live, where they sound much more as a rock band than as a country band. 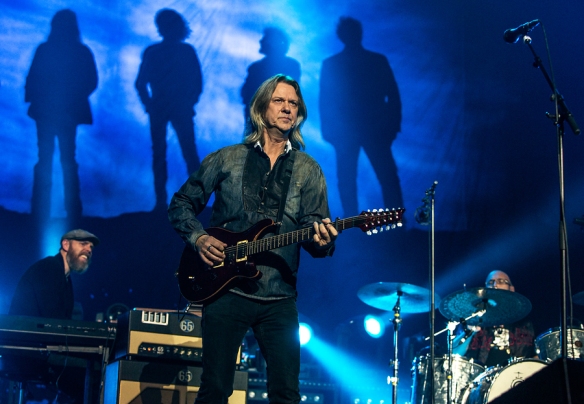 The brothers, Aslag and Lars Haavard, have had The Allmann Brothers as musical favorites for many years, and these influences are evident in their playing. Lars Haavard is also an eminent guitar player, one of the best I have ever heard. He has always been good, but he is getting even better through the years, with a style that is definitely his own, and a degree of virtuosity that is rarely matched by other guitarists.

At their concerts Lars Haavard Haugen gets lots of space for his playing, but this alone isn’t the only ingredient of their success. It is often easy to forget the “back-bone” of the band, bass and drums. Arne Sandum and Bjorn Gunnar Sando doesn’t make much fuzz on stage, but they are the perfect foundation for the band. Steady, heavy, but with many details that give their music that extra spice.

At this concert they also had some musical guests. First, their former keyboard player, Trond Nagell Dahl joined them for the second half of the concert. Rob Hajacos, who played fiddle on some of their earliest recording, joined them on many of the songs, and added some extra touch with his playing. Their support act this night, Jonas Alaska joined them for the song Paa Gang, and Rita Eriksen did a duet with Aslag Haugen on No Som Daa (Now as Then).

I have seen Hellbillies live many times these last 15 years. I have seen them at festivals and at different indoor venues. The concert at Oslo Spektrum was definitely a great concert, specialy since they presented so many songs from their whole career, and also because of their guests. I have seen them more relaxed and with more energy than here. Maybe they were a bit awestruck by the reception and the size of the audience? But I have never seen a Hellbillies concert that wasn’t very good, and this one was definitely one of the best I have seen. 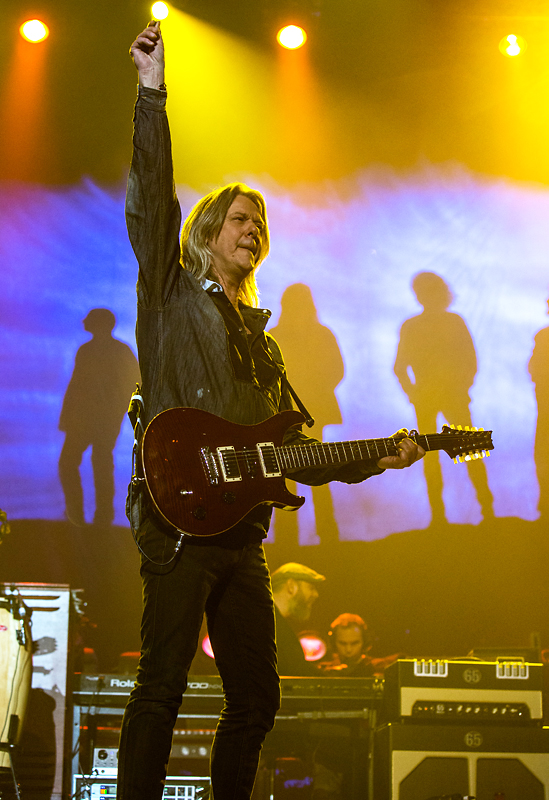 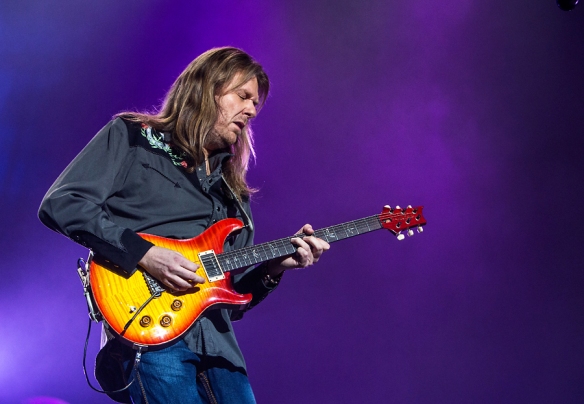 You can see more pictures of Hellbiulllies and other artists at Artist Pictures.