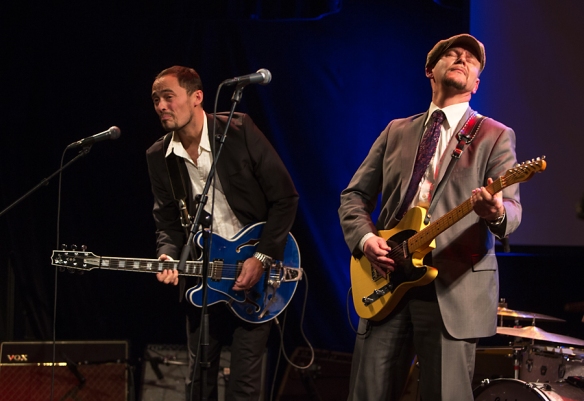 The concert was recorded by Norwegian radio, NRK P1, and one of the presenters of their weekly live music show, Radio Rock, Robert Satervik was the host for the party. The venue was packed with what is usually called the Norwegian blues family. They represented many of the 62 Norwegian blues clubs from all over the country which are members of the Norwegian Blues Union.

First out was Vidar Busk, who made his debut at the Norwegian blues stage in 1997 with his album Stompin’ Our Feet With Joy and a great concert at the Notodden Blues Festival where he performed with a big band. 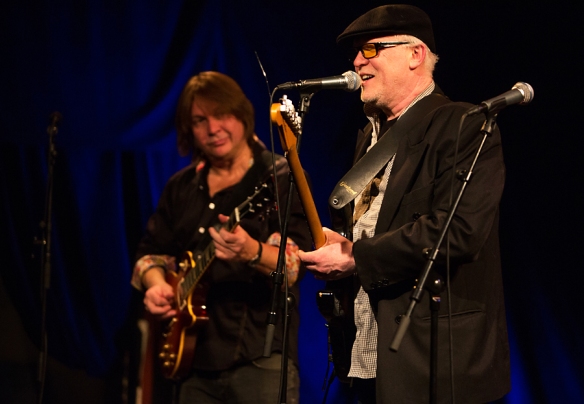 1997 was the year when some enthusiasts in the blues society decided to join their forces and started the Norwegian Blues union. At the same time, they decided to make the magazine for the Oslo Blues Club a magazine for Norwegian blues.

During the years after 1997, the Norwegian Blues Union has been central in placing Norwegian Blues on the international blues map. The latest endeavour has been that Notodden Blues Festival won the Keeping The Blues Alive award or best blues festival in 2011. Notodden has also been placed on the blues heritage list, as the only place outside of USA to be named part of The Mississippi Blues Trail. 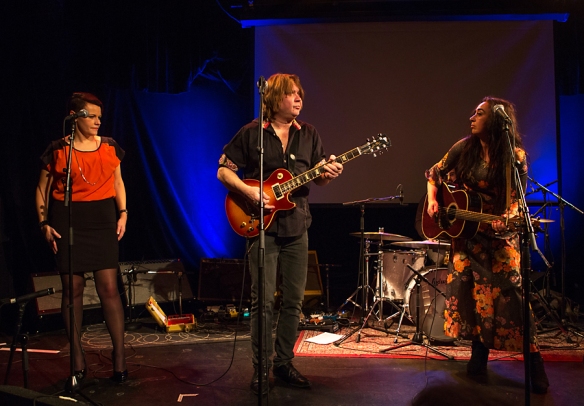 Among the many great Norwegian blues artists, Rita Engedalen is the female artist to have won most awards. She has won the Norwegian Grammy, Spellemannprisen, and this year she won The European Blues Challenge.

The magazine BluesNews has moved from a member fanzine to a high class magazine with great editorial content. And in February 2013 BluesNews will recieve the Keeping The Blues Alive Award in the Print Media class. For a magazine that was started by enthusiasts, they have come a long way towards the quality magazine it is today. 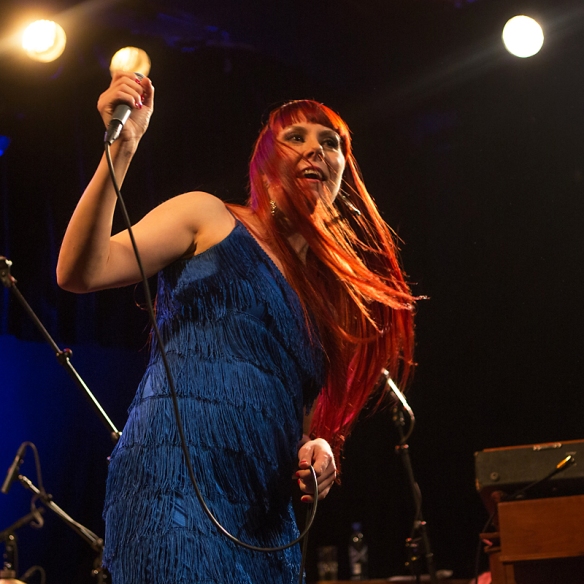 The Norwegian Blues Union is an organization for the Norwegian blues clubs and festivals. One of their activities, is the Blues Cup, where every year one band or artist is named the Union Blues Band. The finals are at the Notodden Blues Festival, and I have been the had of the jury for 11 years. The quality of the bands have been very good, and among the winners are artists like Hans Bolandsaas, Little Andrew and Pristine who won in 2010, with their singer Heidi Solheim.

Two of the Norwegian blues artists who have been active the longest, are Hungry John and Knut Reiersrud. Both of the started out in the 70’s and are still active as artists. Both of them performed at the birthday party yesterday. 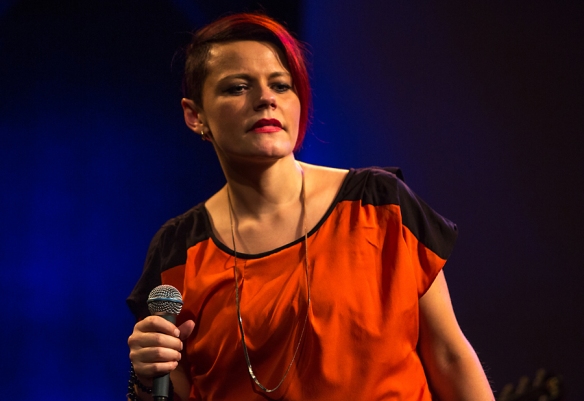 Stina Stenerud is one of the newer artists, and has just released her second CD, Coming Home, to great reviews. She gave a good performance, showing what a great voice she has. 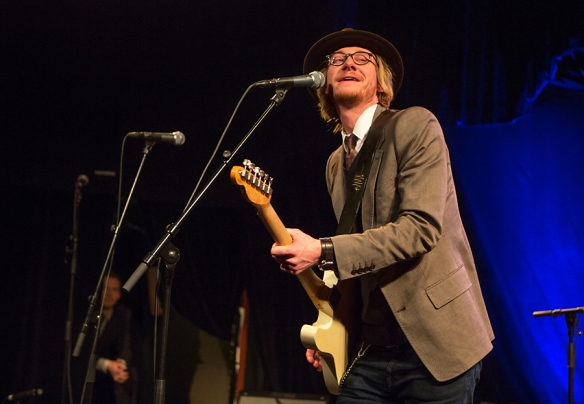 I had to leave after the official concert, and before the jam. But the concert showed that the Norwegian blues scene is still vital, with a healthy mix of older artists and many young and upcoming artists who combine an understanding of the blues tradition with influences from different other styles.

That is the way music develops, and it is safe to state that blues in Norway will keep on growing in the years to come. I am also sure that The Norwegian Blues Union and BluesNews will be part of this. I am already looking forward to their 25 year anniversary in 2022.

The concert will be broadcast on the show Radio Rock at NRK P1 sometime in the first part of 2013. They will put a  notice on their Facebook page when the show is scheduled for broadcast.