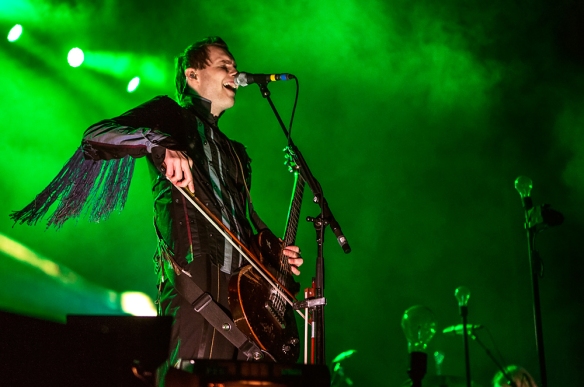 Sigur Rós is one of the most distinguished bands from Iceland. Their style is highly personal, like no other band, and they have no contenders. Since 1994 they have spread their epic soundscapes through 7 CDs so far, and tonight they played at Oslo Spektrum. 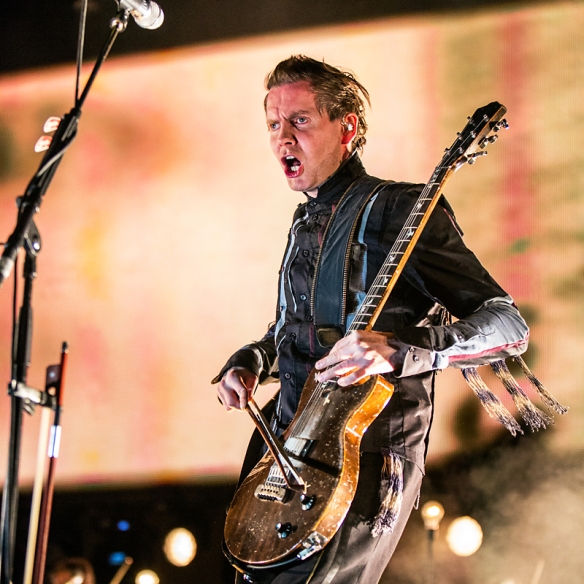 Sigur Rós are also known for their dreamlike stage performances with equal attention to light, with video and sound. Jón Thór Birgisson, or Jónsi as he is called, is guitarist, singer and main songwriter in the band. He started the band in 1994 together with Georg Hólm on bass and Agúst Ævar Gunnarsson on drums. Later on Kjartan Sveinsson joined them on keyboard, and in 1999 Gunnarsson was replaced by Orri Páll Dyrason. Kjartan Sveinsson has recently left the band. 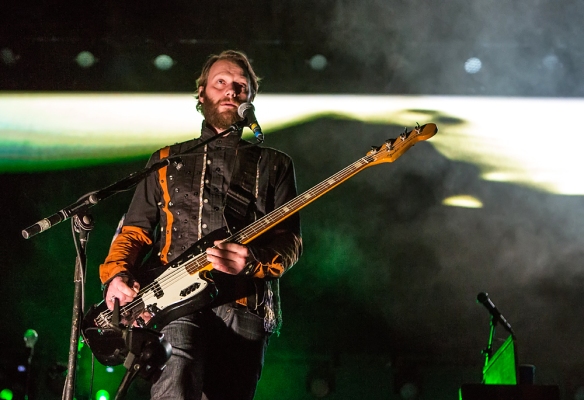 All of Sigur Rós‘ albums have got great reviews, but it took some years before they got substantial sales. Their style of music is epic and is often associated with the Nordic sound, where Sigur Rós are one of the leading influences. The band’s lyrics are equally difficult to comprehend, mostly sung in Icelandic, or as the case of their 2002 album ( ), in  Vonlenska, or Hopelandic – a constructed language with no semantic meaning. 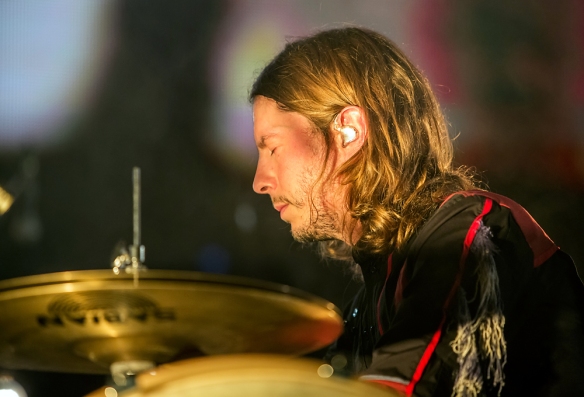 The concert at Oslo Spektrum tonight started out with the band behind a white curtain in front and on both sides of the stage. On these curtains they projected film while they played the two first songs, Yfirbor∂ from their latest CD Kveikur and Vaka from ( ) (the song “Untitled #1 (thank you Anna). On the third song, Brennistein, also from Kveikur the curtain dropped, and we could see the band. 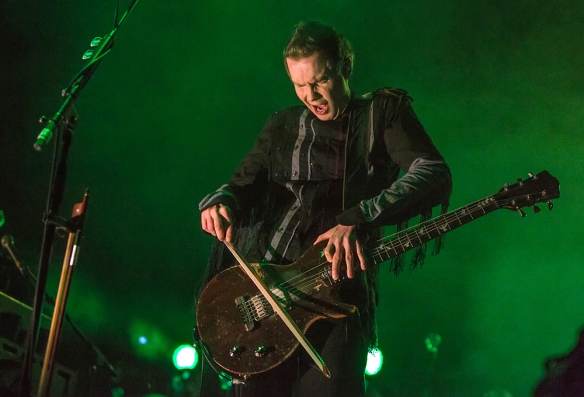 As a photographer at concerts, we often get to photograph the three first songs, then we have to leave the venue. Sometimes this differs – some artists will only allow one or two songs, and some want photo on  song 2, 4 and 5, for instance. We photographers might think these rules stupid or strange, but I suppose the artists have their reasons. 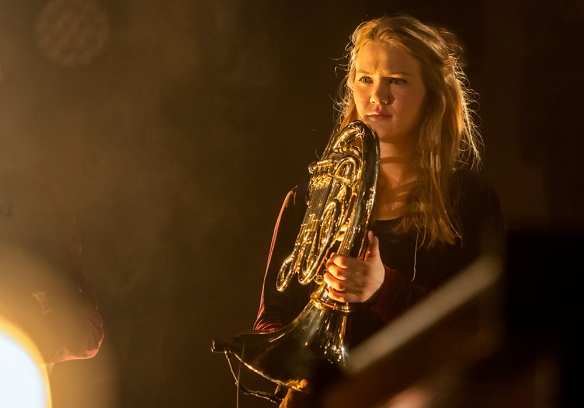 Today’s concert was good in that respect – we got song three and four, and since Sigur Rós have long songs, it was definitely enough to get some good shots for all the photographers. The other upside is that we got to hear the first four songs, which is always a bonus. The downside is, of course, that I can’t write about the whole concert, but with a band like Sigur Rós, you get quite a good impression from the first four songs. 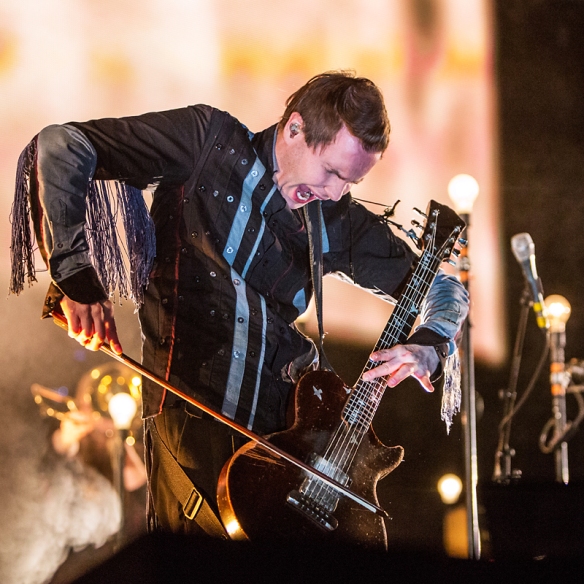 Like on their latest concert, song four was Glósóli from their 2005 CD Takk, and we got to see their string and horn sections. On stage Sigur Rós looks like most other bands, but their music is a mix of live playing and prerecorded backgrounds. Their live sound is very good, not much different from their CDs, and with their visual effects, there is not much room for improvisation. 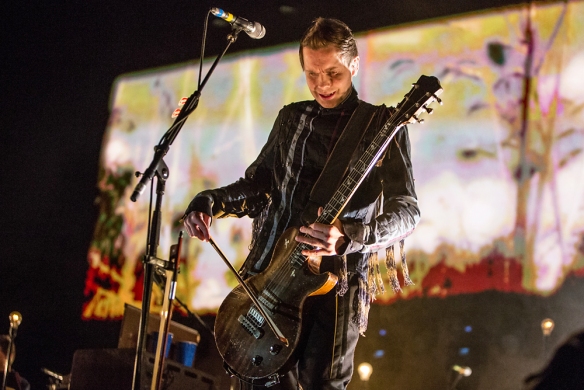 I have seen the band live once before in 2008, and I have only seen Jónsi with his solo project. I really liked what I saw and heard, much better than in 2008, and under other circumstances I would have liked to see the whole concert. Yes, their music isn’t the most easily accessible, but give it a try, and it will definitely give back. Their outstretched meditative and epic soundscapes with Jónsi’s falsetto marks Sigur Rós as one of the most interesting bands for the last 15 years. 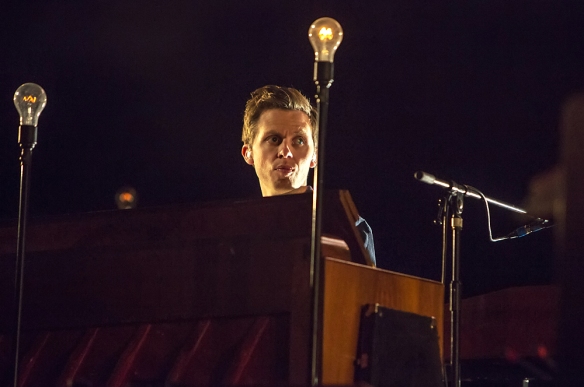 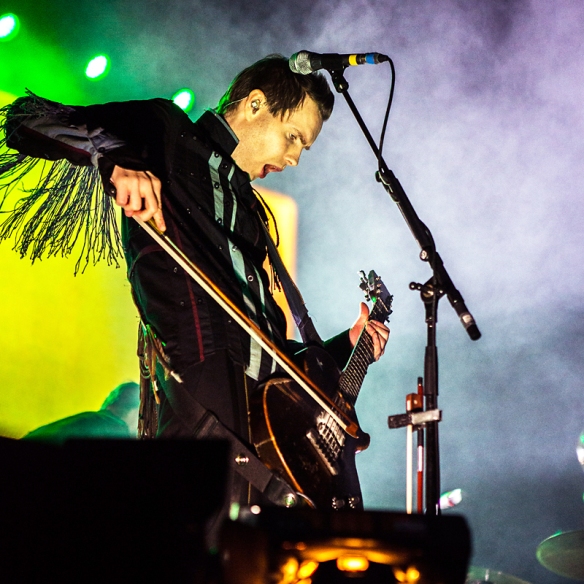 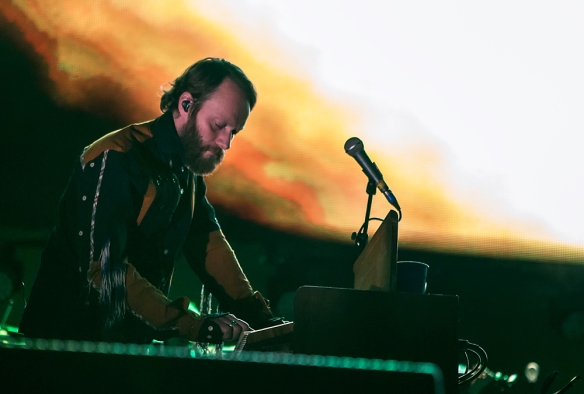 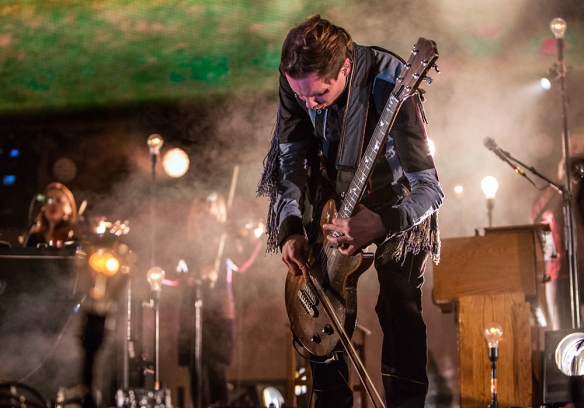 Leave a Reply to Per Ole Hagen Cancel reply