We have many very good songwriters and artists in Norway, but few as good as Thomas Helland, or Thom Hell as he calls himself. He has released four solo albums plus a best of album in his own name, the latest, Six, was released a few weeks ago. Yesterday I saw his release concert at John Dee for Six in Oslo.

Thom Hell’s artistic break through as a solo artist came with his album God If I Saw Her Now in 2008. His style, which he has kept and developed on his later albums became obvious here. He has never tried to hide his fascination for the pop music from the 60’s, The Beatles and especially Paul McCartney. The song Don’t Leave Me Heather from GodIf I Saw Her Now is his comment on the ugly divorce between Paul McCartney and Heather Mills.

His inspirations are maybe even more obvious on his next CD, All Good Things from 2010. To me this is still Thom Hell’s best album. The songs are small pop symphonies, and he walks effortlessly between styles. One of the songs, ‘Til That Day Was Gone is a lovely duet with his then girl friend, Marit Larsen. For the three years they were together, they were Norway’s pop couple, and also managing to keep their private lives private. 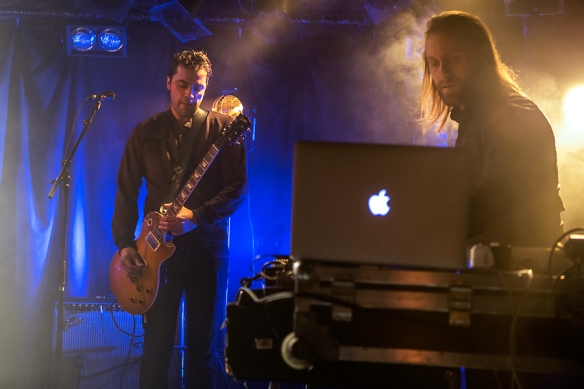 At the concert last night he played Six through from start to end. He has a very competent band that follows all the changes in his songs. As a live experience, Thom Hell’s concert are non-flashy. He sits at the piano most of the time, and plays guitar on some of the songs. But with songs like his, I never miss the light show and the exotic dancers. They are enough to keep me listening. The audience also obviously came or his songs, and he got enthusiastic feedback, while everyone was silent during the quiet parts. 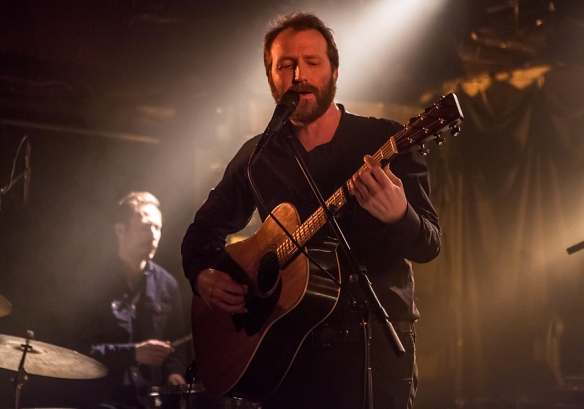 Thom Hell’s style is – as I said earlier – inspired by the great pop artists of the 60’s. That doesn’t mean he is copying anyone, he has his own personal style. He makes songs that sound straight forward, but when you analyze them they are quite complicated on many levels. On many of his songs he has chord sequences that can be both surprising and unexpected, and look “wrong” on paper, but they add a personal touch that distinguishes the songs from mainstream pop songs.

Rhythmically Thom Hell also dos unexpected things. If you expect a Thom Hell song to stay in a straight four four meter, you are in for a surprise. He might put in a seven beat here and there, making an apparently straight song asymmetric and potentially hard to dance to. These characteristics are part of Thom Hell’s attraction to me as a songwriter and artist. Combined with lyrics that are sometimes sad, sometimes bitter sweet, but seldom very happy, his songs have that strength that make them last longer than the average pop song.

Thom Hell’s Six is a strong album that is maybe a bit less accessible than his previous ones. Nevertheless it grows every time I listen to it, and live Thom Hell and the band managed perfectly well to convey the spirit of the songs. The concert tonight was a strong one, and since it some time since I have seen him live, a welcome one. I can recommend Thom Hell both live and recorded to anyone who like good pop songs, but who want more than the Top 40 version. You will not be disappointed.